These homemade cinnamon rolls are so soft & gooey and baked to a golden brown perfection before being smothered in cream cheese frosting. I can’t imagine breakfast without them! 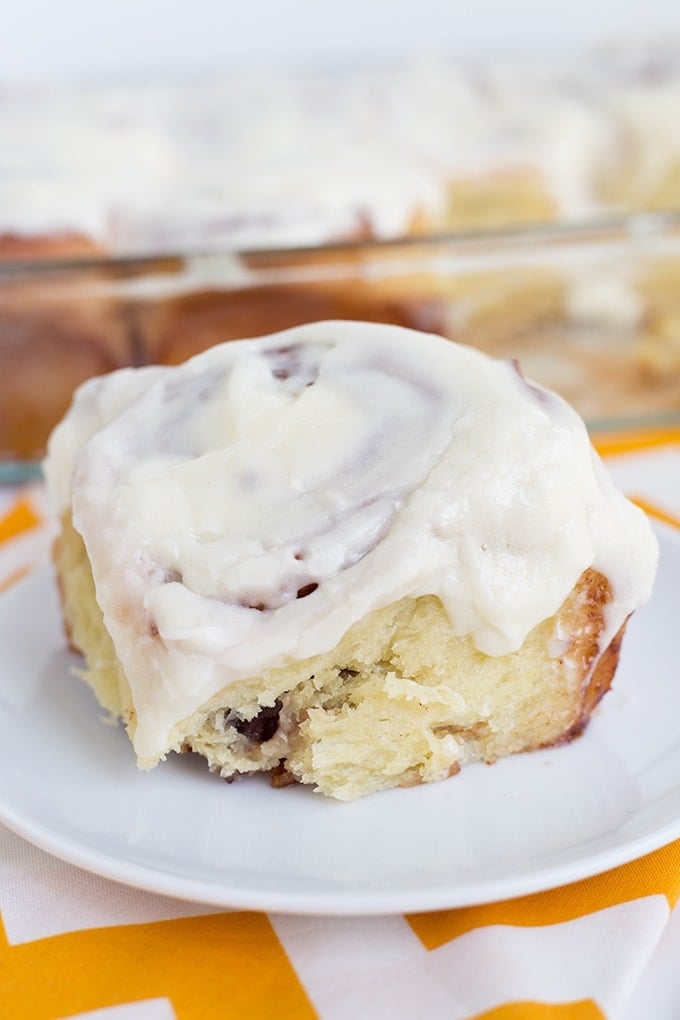 How to Make Cinnamon Roll Dough

These homemade cinnamon rolls can easily be whipped up in a stand mixer using a dough hook. Don’t panic if you don’t have a stand mixer though. You can easily use a combination of a hand mixer and your hands to make the dough instead.

The hand mixer will come in handy to combine the 2 cups of bread flour and yeast in with the milk mixture that’s been heated on the stove. When the dough comes together, it will be really sticky until you add in the remaining bread flour. I would recommend if you’re not using a stand mixer to start kneading the flour in with your hands at this point.

Add your vegetable oil to the bottom of the bowl and roll the dough around to coat it. Cover your bowl and let it rise. I always loosely cover my bowl with plastic wrap and then cover with a hand towel. 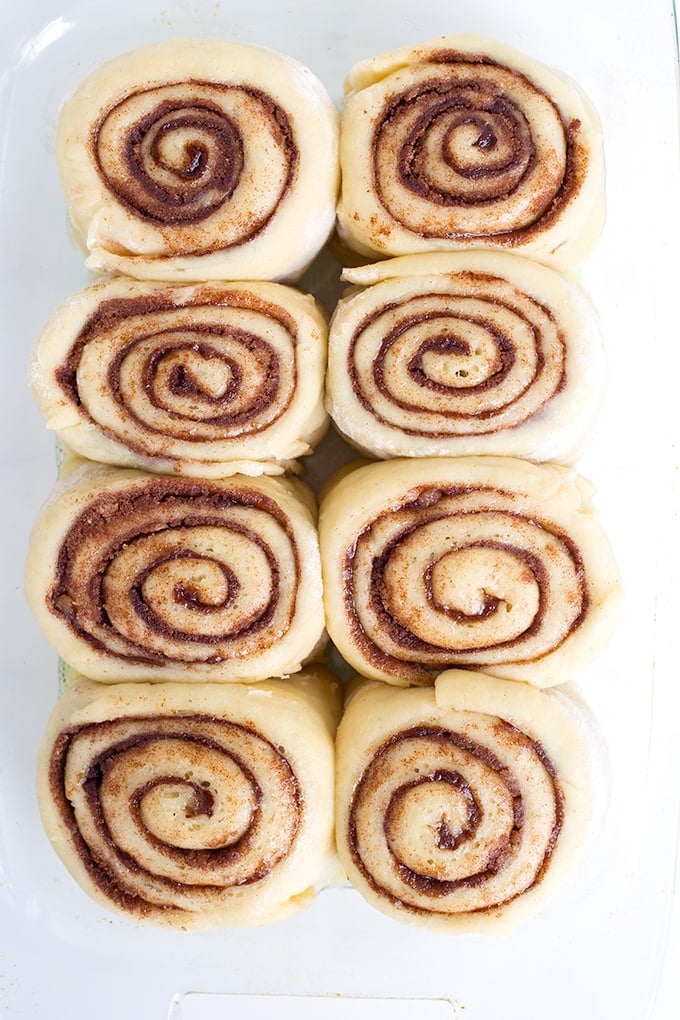 How to Make Homemade Cinnamon Rolls 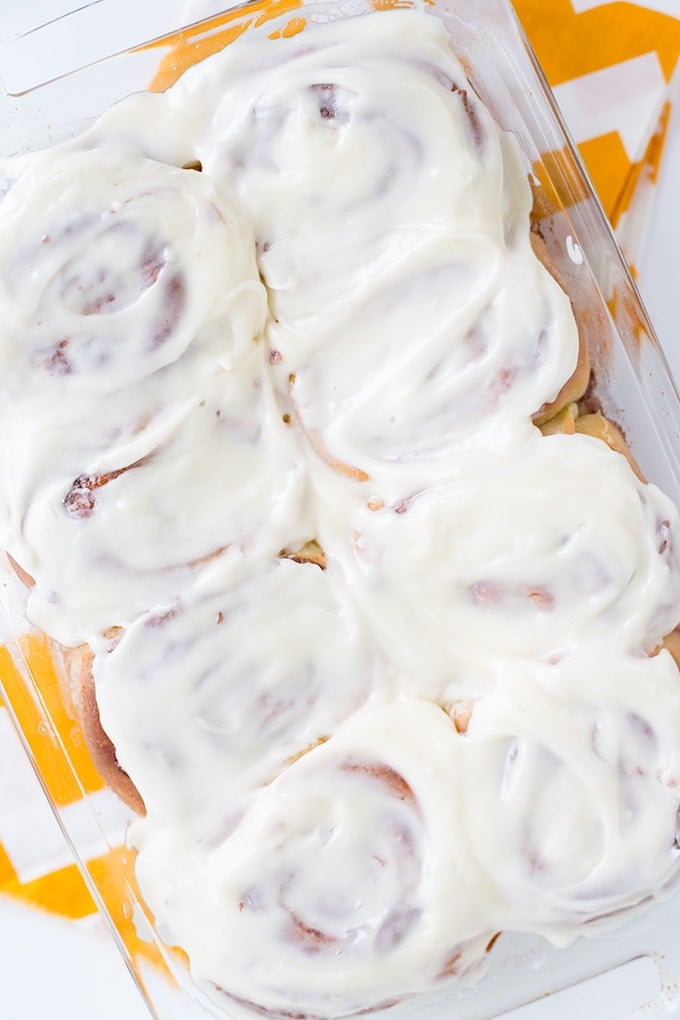 How to Make Homemade Icing for Cinnamon Rolls

Begin making the icing by adding the softened cream cheese and butter into a bowl and beating until creamed. Add in the powdered sugar and vanilla and beat until incorporated. It’s that easy! Just be sure that the cream cheese is softened otherwise you’ll have clumps in your icing. 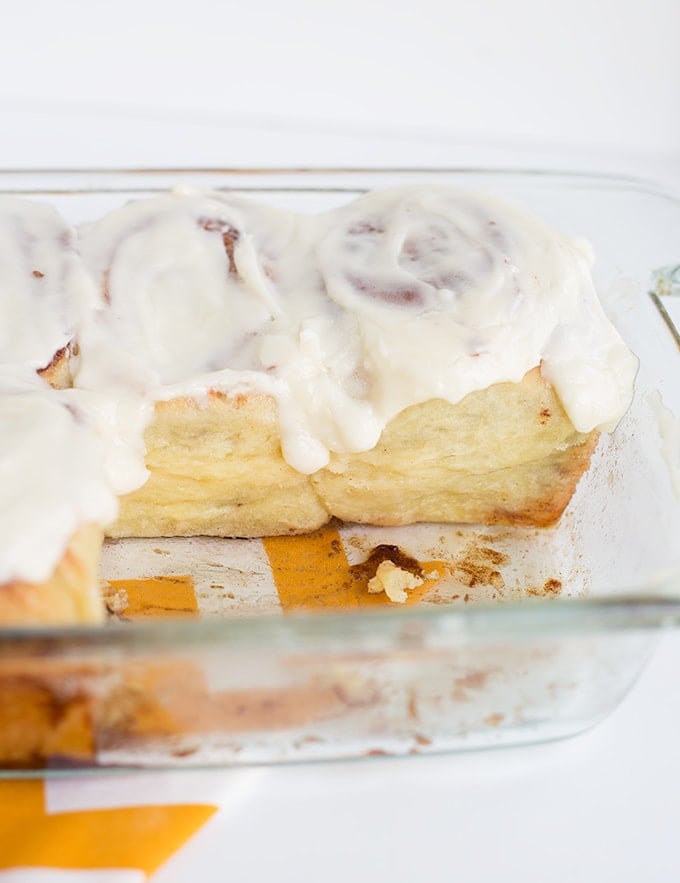 Some of my favorite brunch recipes to serve with these cinnamon rolls: 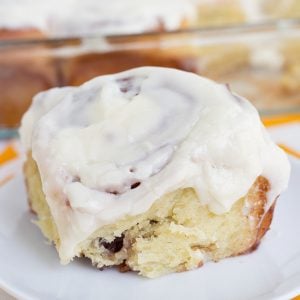