As annual passholders and frequent visitors, my family and I have a couple of favorite times of year at the Disneyland Resort. Christmas in the park will always be number one. Number two is Halloween Time, taking place this year from September 11 until November 1. There are lots of special seasonal decorations, attraction make-overs and themed treats to really get you into the spirit of the holiday, and of course Mickey’s Halloween Party.

Photos courtesy of Disneyland Parks unless otherwise noted. I was invited to attend a special event for Mickey’s Halloween Party in exchange for sharing some highlights with you. But I would have shared them anyway, because we are big-time Disneyland fans! 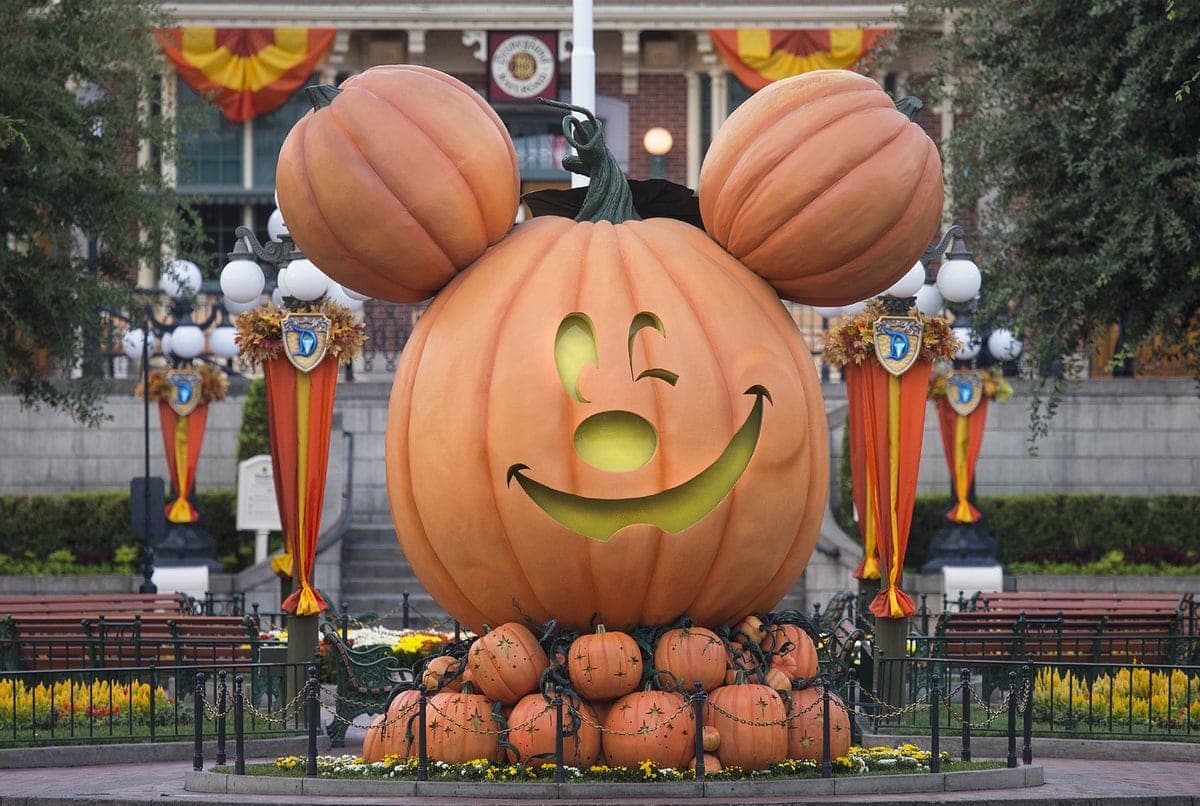 As you enter Main Street, U.S.A. you’ll find it transformed into a Pumpkin Festival with hundreds of hand-carved pumpkins surrounding you—and no two are alike. You’ll also find Dia de los Muertos represented with a traditional skeleton display in Frontierland. 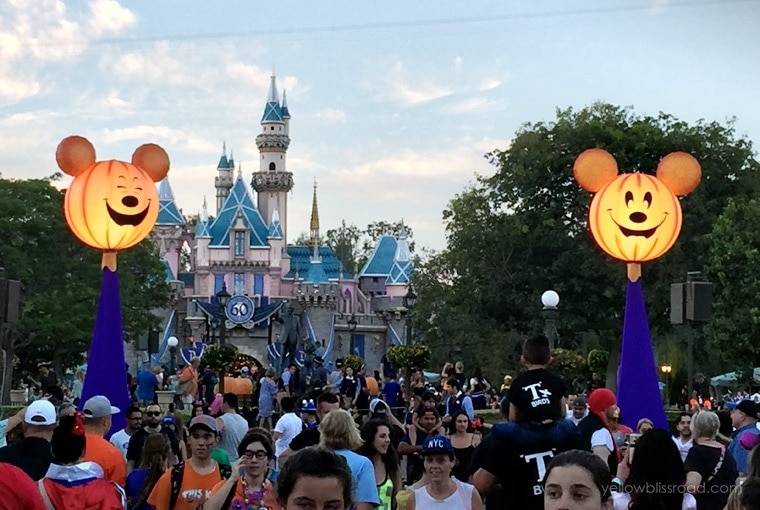 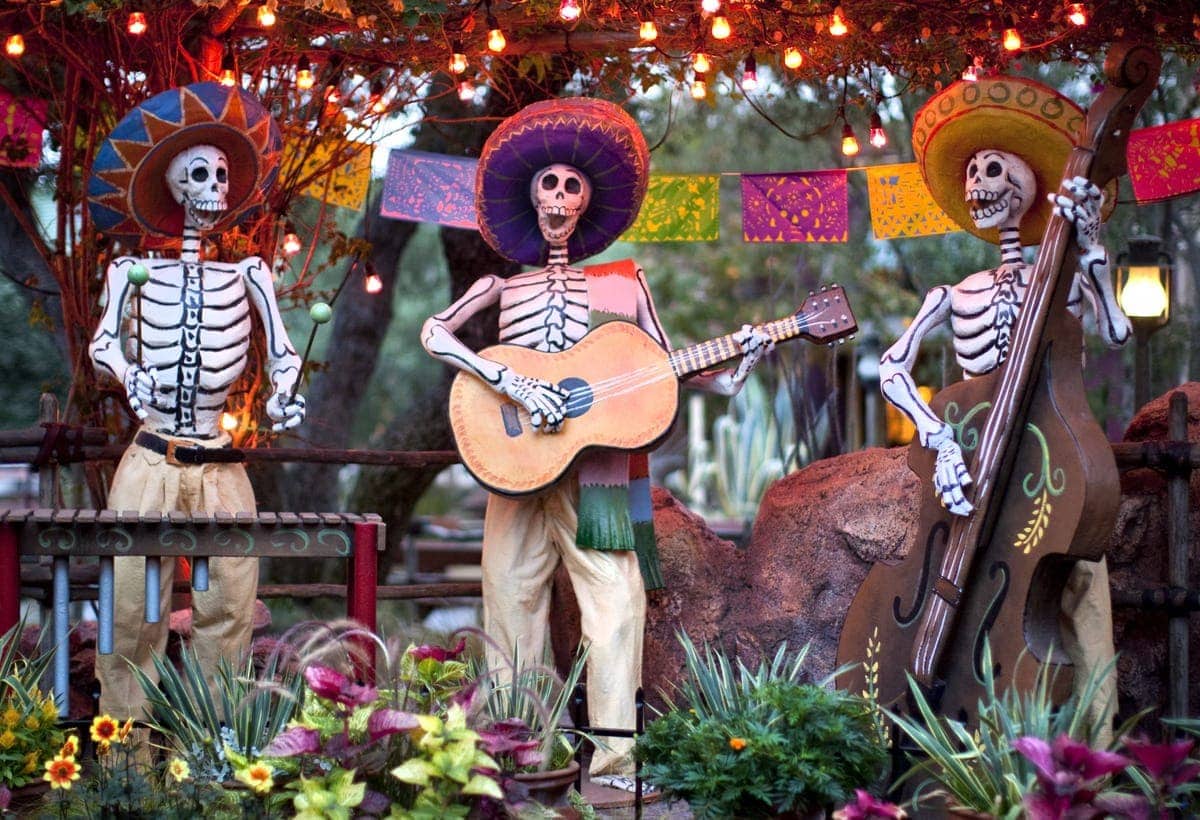 There are Halloween-themed attractions such as the ghoulishly creepy Space Mountain Ghost Galaxy which features strobe lights, chilling music and scary apparitions. The Haunted Mansion is transformed into a very family-friendly adaption of Tim Burton’s The Nightmare Before Christmas, featuring jack-o-lanterns and wreaths, menacing toys and kooky characters from the popular animated movie. They both offer FastPass as the lines can be quite long. 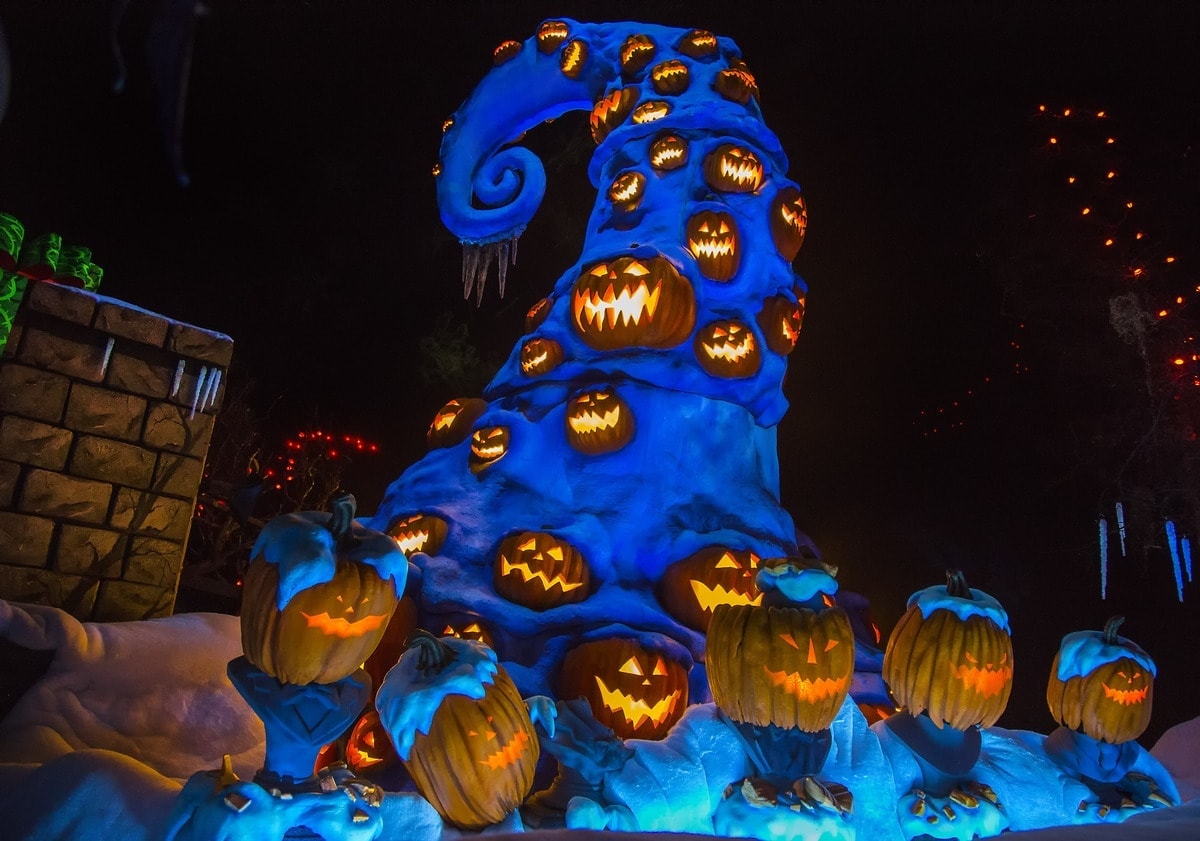 Children in Disney themed costumes can be seen at the resort year round, but at Halloween Time, kids and adults alike are welcome and encouraged to dress up as their favorite Disney characters. My friend Sarah from Bombshell Bling takes the prize for best family costume! She talks about her obsession with Disneyland at Halloween here. 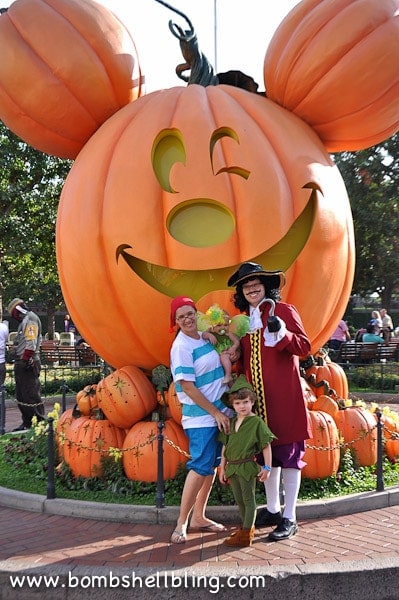 Be on the lookout for treats galore. My family’s favorite, and not just at Halloween, are the spectacularly decorated caramel apples. You can also find mummy Mickey Mouse and pumpkin crispy treats, bat cake pops and various Dia de los Muertos delights. Another of our fall favorites are the Pumpkin Beignets at the Mint Julep Bar. 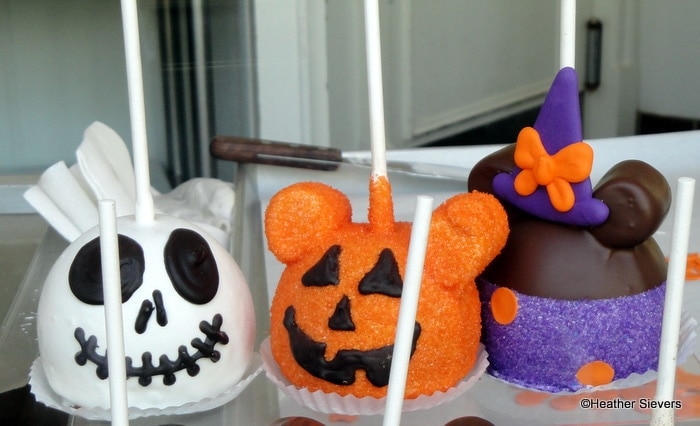 A separately ticketed after-hours event, Mickey’s Halloween Party takes place each year on select nights. For 2015 you’ll find 15 treat trails scattered throughout the park for trick or treating. Child-friendly costumes are encouraged for all ages. Tickets are sold out for the 2015 Party, but be sure to mark your calendars next year as they typically go on sale in August. (Party tip – bring a small backpack for kids to collect their candy in). 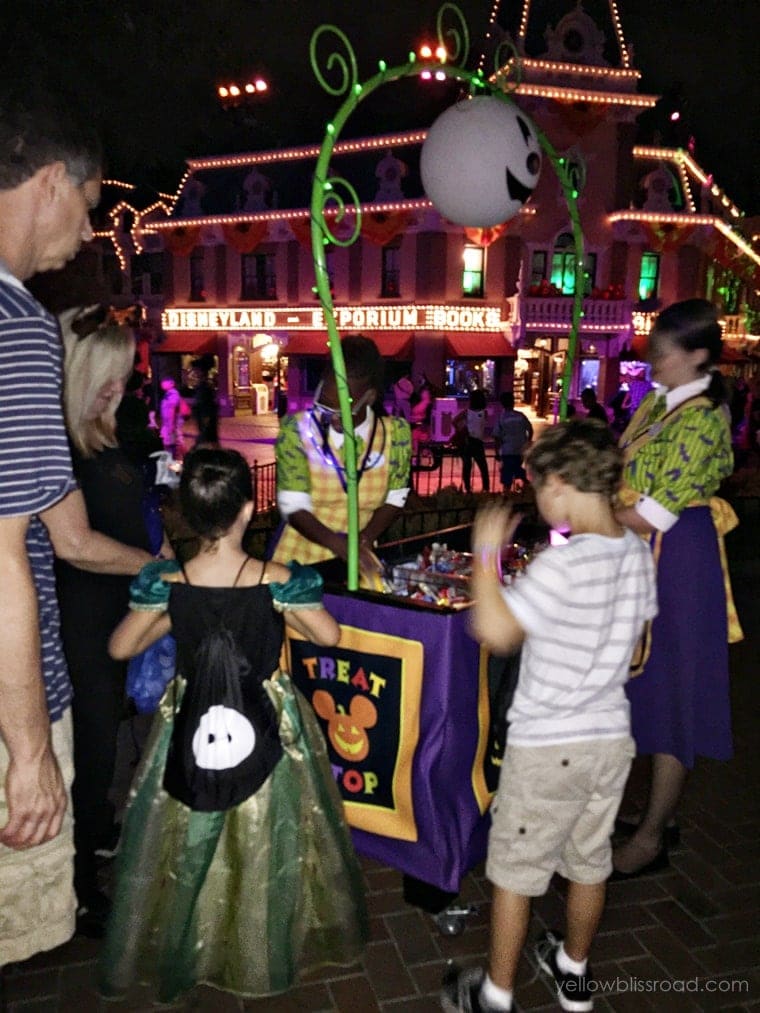 The evening event is spooky but just right for family fun. There are numerous photo locations with Disney characters dressed in their Halloween costumes scattered throughout the park, including, of course, Disney villains, Jack Skellington and Sally. 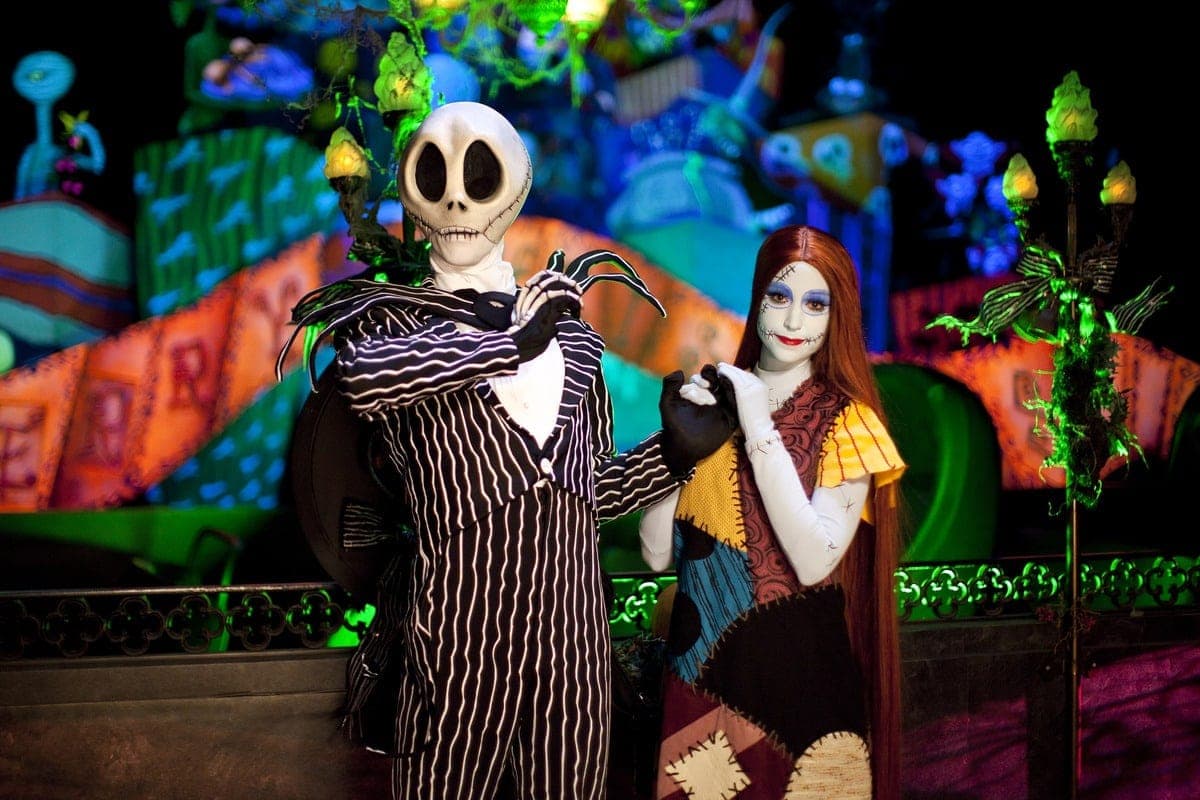 Among the special entertainment found during the party are the Cadaver Dans on the Rivers of America and the Monsters U Dance Party in Tomorrowland. Also included is Halloween Screams, billed as “a boo-tiful fireworks spectacular.” 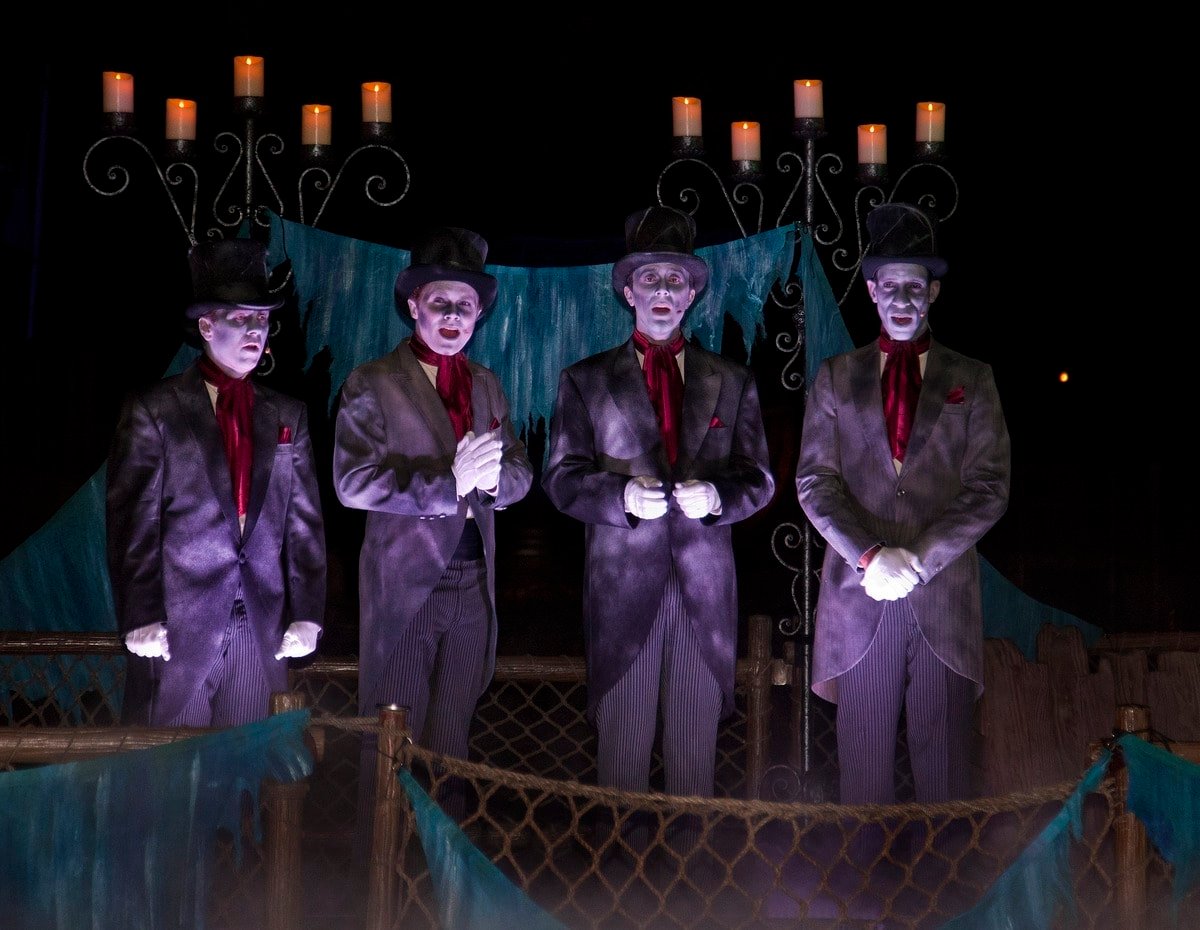 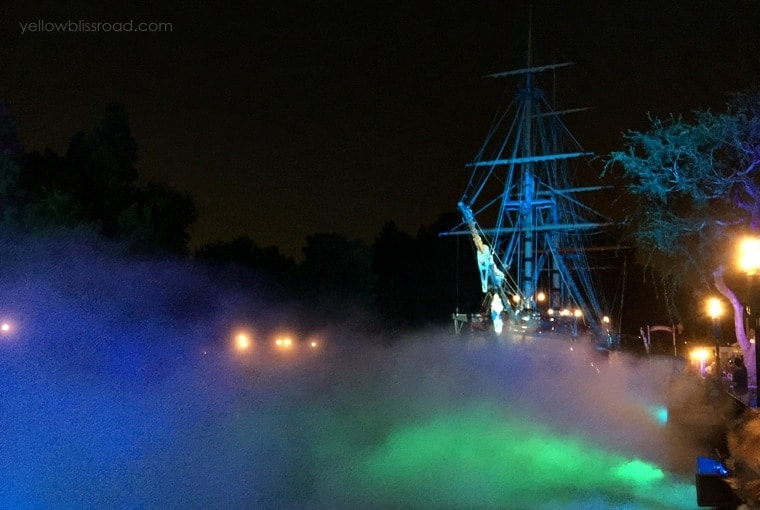 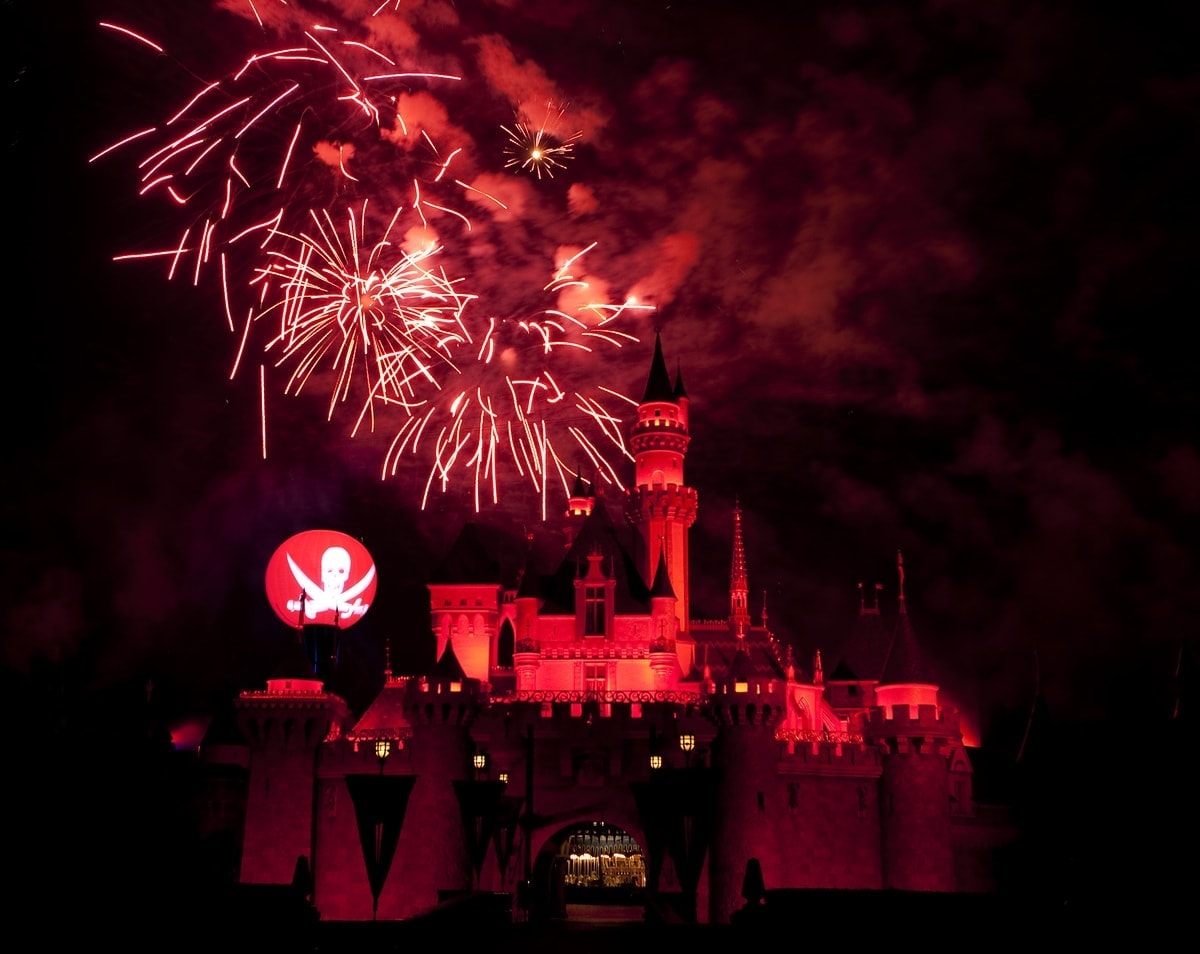 If you’re a fan of Halloween, Jack Skellington or Disney Villians this is the time to make plans to visit the Disneyland Resort.

For more Disney tips and trick go HERE and for all Halloween go HERE.