This Cinnamon Pineapple Bread is the perfect fall baking recipe that you can make year round! Delicious for breakfast or as a snack and made with Chef Shamy Cinnamon Brown Sugar Honey Butter. (sponsored) 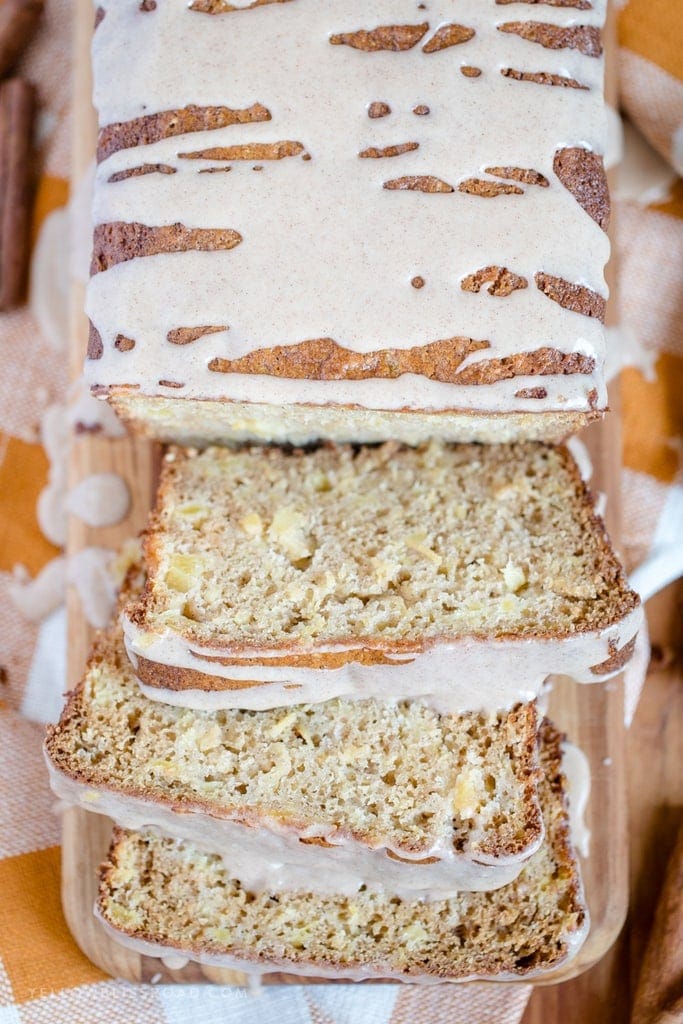 Quick Breads are a staple around our house, and I love to make them all year long. This Cinnamon Pineapple Bread makes your house smell like fall any time of the year with warm cinnamon and brown sugar scents! 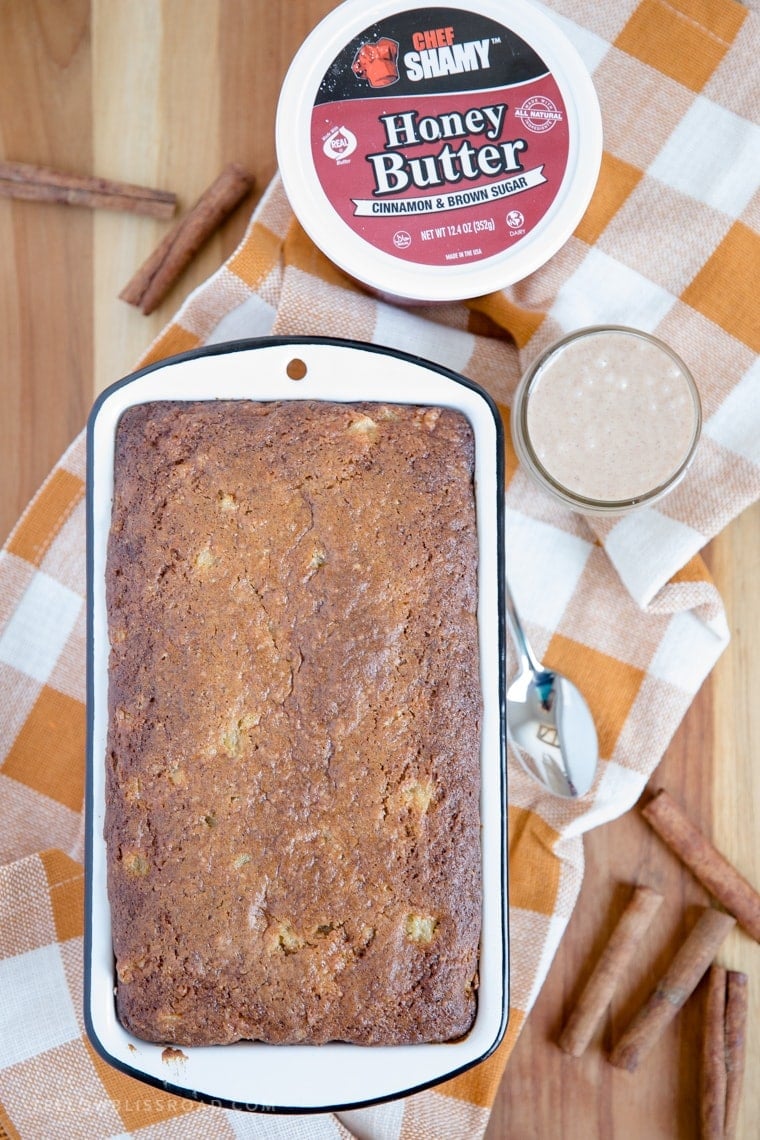 It’s no secret that we love our Chef Shamy butters. Whether you’re craving sweet or savory, there’s a delicious, 100% natural butter in their line up! I was excited to see they were at my local Sam’s Club a few weeks back and I was able to pick up a couple tubs of our favorite Cinnamon Brown Sugar Honey Butter! This is my daughter’s favorite – she can smell cinnamon from miles away, and toast with cinnamon butter is probably her favorite thing to eat on this planet. (affiliate) 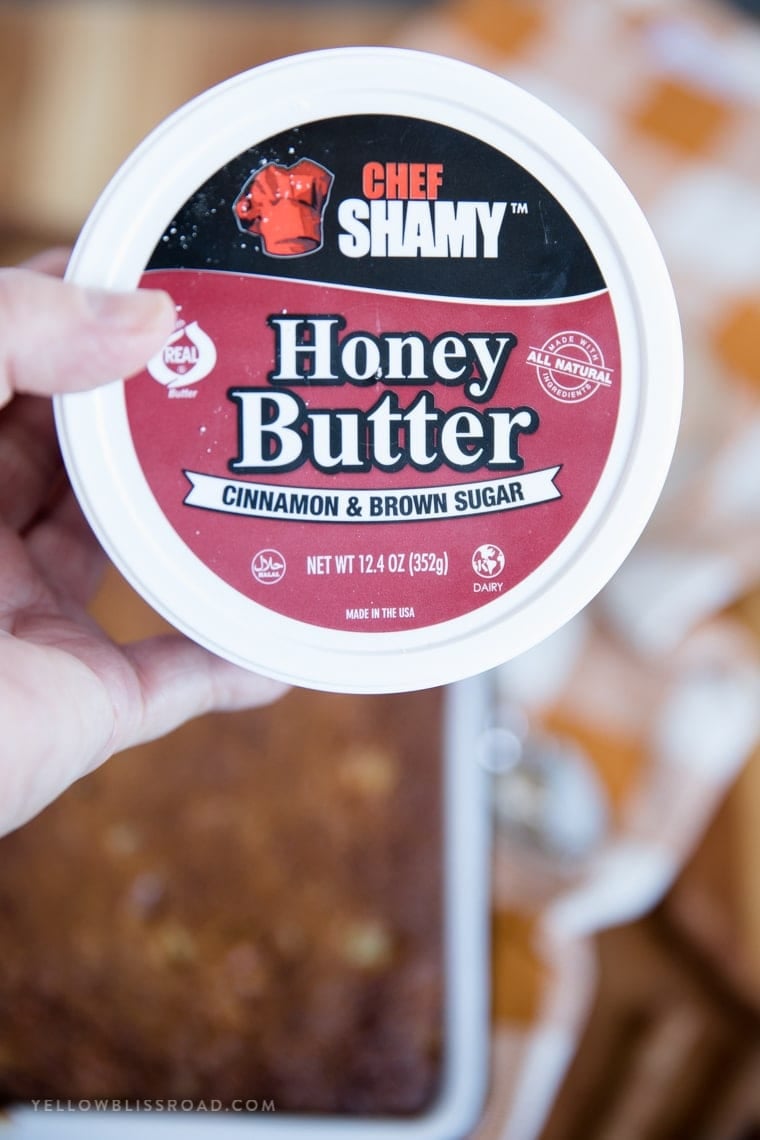 I don’t have to worry so much about what she’s eating with Chef Shamy since their butters are all natural and free from any fillers or additives. It’s also totally shelf stable for up to 6 weeks – if it lasts that long! My daughter’s favorite cinnamon butter is easily spreadable which makes her happy too!

So how does this all relate to my Cinnamon Pineapple Bread? 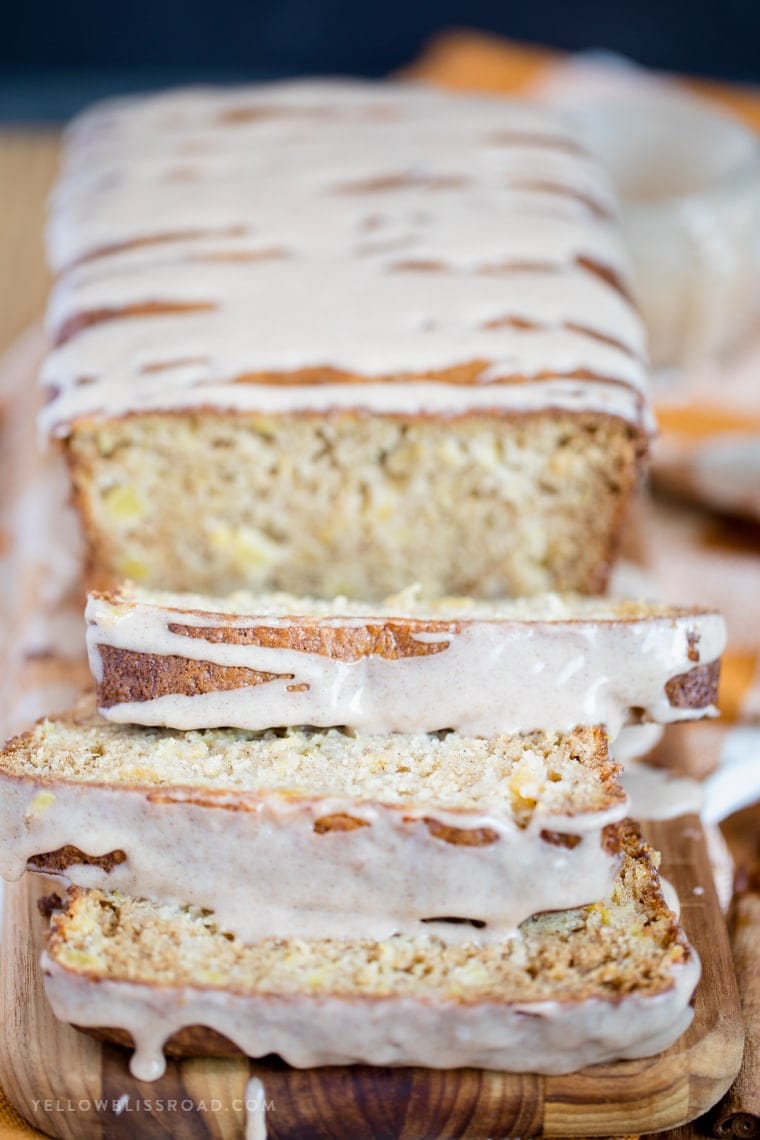 When tasked with creating a recipe with this delicious cinnamon butter, my mind immediately though “bread” because of my daughter’s love for the simple spread. I had heard about adding crushed pineapple to different breads for moisture and in place of oils and I was anxious to give it a try. I love the warm combination of cinnamon and pineapple so I set out to create a delicious Cinnamon Pineapple Quick Bread. Finally on the third attempt it was perfected and this is the result. 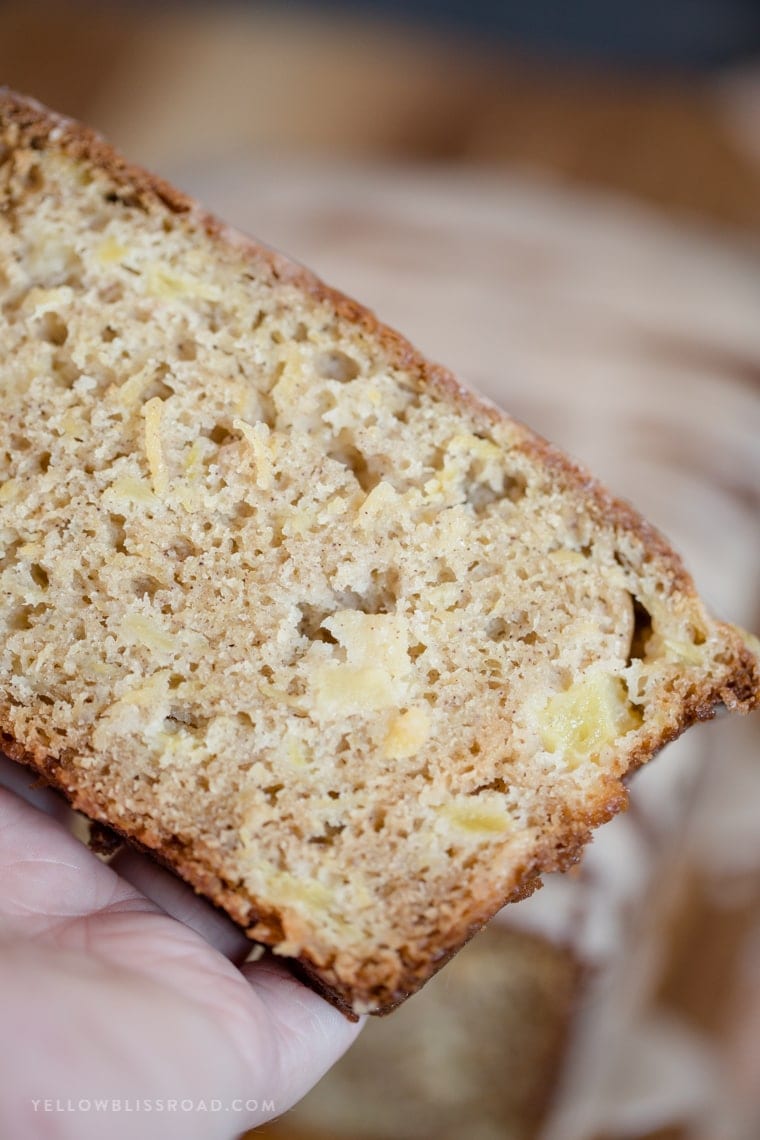 Warm, moist, not too sweet but just sweet enough quick bread full of cinnamon spice and sweet pineapple. The cinnamon sugar glaze really puts this amazing quick bread over the top in the flavor department. Plus it just looks pretty too. You’ll have plenty of cinnamon butter leftover so you’ll be able to spread that deliciousness all over each and every inch of each and every slice.

Want to know how you can get your hands on Chef Shamy Butters? You can find them doing road shows at Sam’s Club (find dates on their website), and they are also available for purchase at Bristol Farms and on Amazon. And be sure to check them out on Facebook and Instagram! 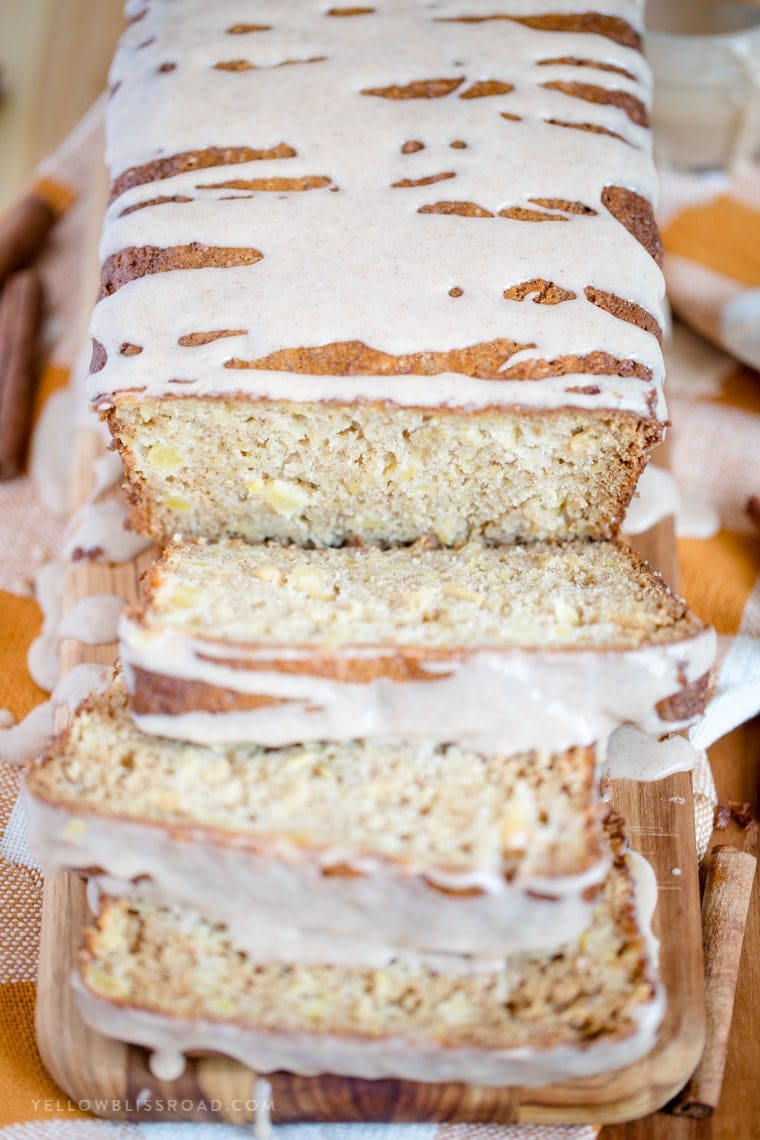 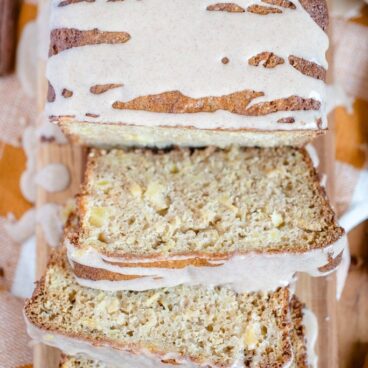 Making ahead? Cool the baked loaf completely before wrapping well and freezing in a bag. Thaw and glaze before serving.

Here’s another Quick Bread Recipe that we love: 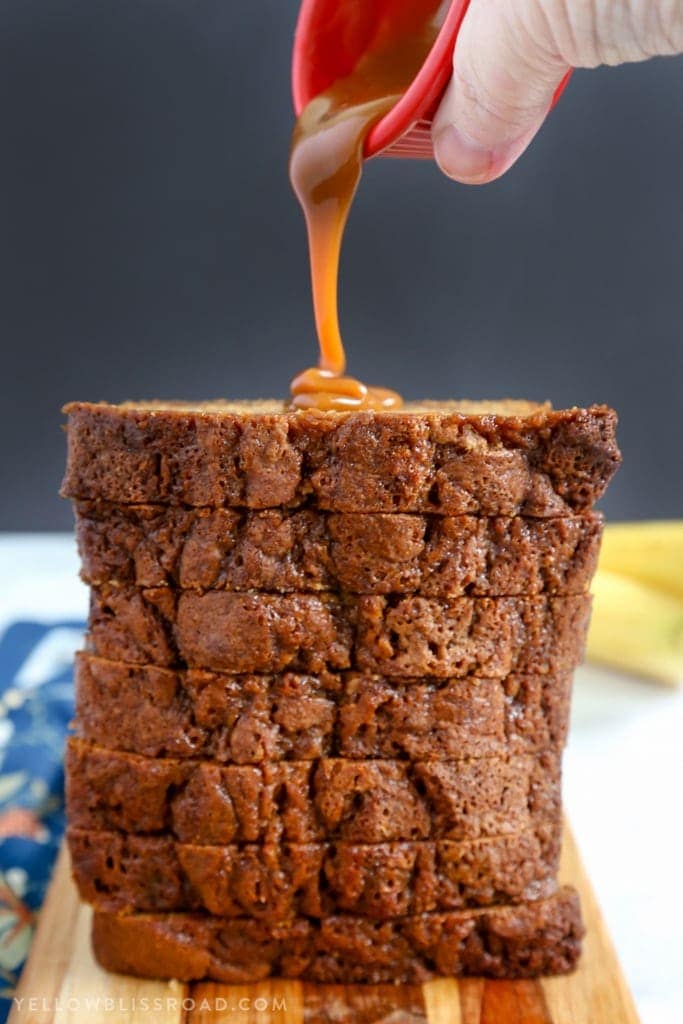 And for more delicious quick breads, try these: 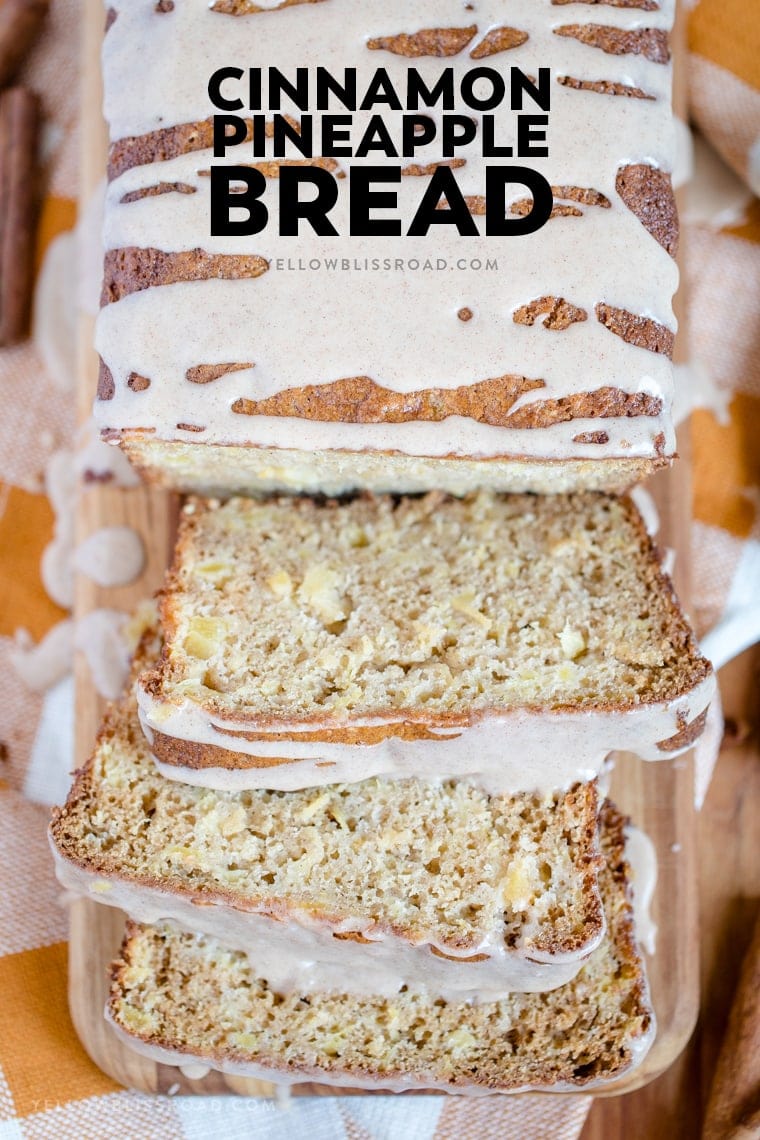 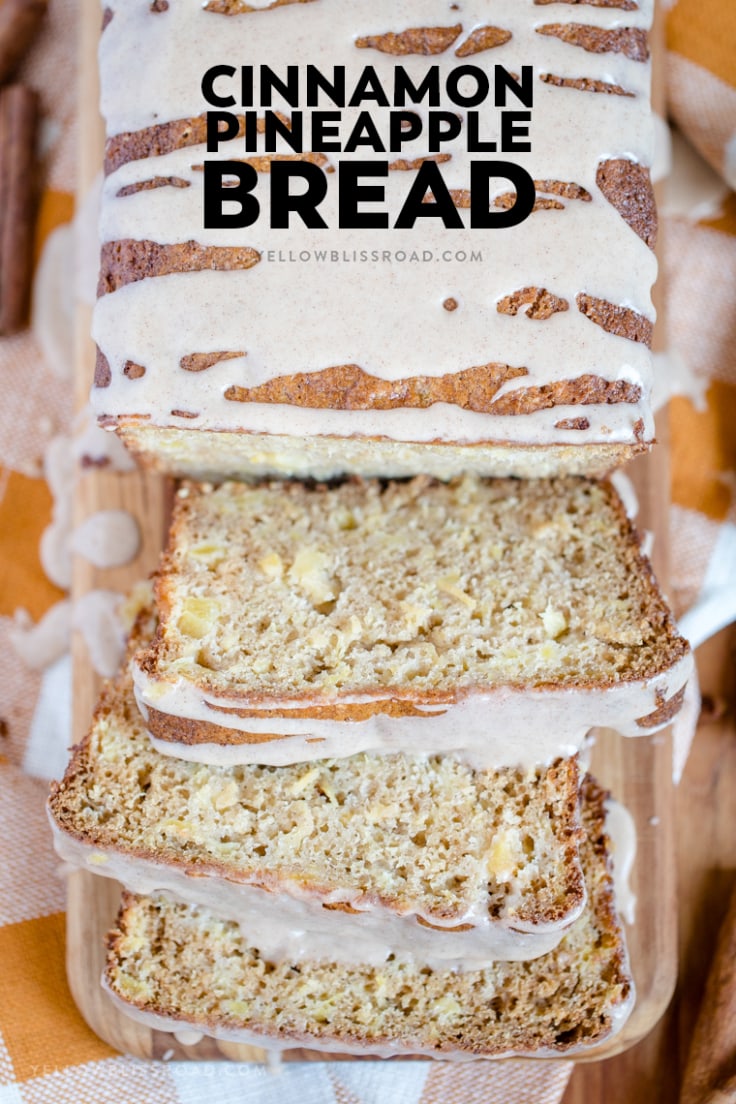