If you’re hosting the holidays, or if you’re just attending the party, this Baked Goat Cheese Marinara Dip is a must have. It couldn’t be easier, with just a few ingredients to bring it together. The marriage of goat cheese and tomato is perfection, as the rich, creamy texture of the goat cheese offsets the heavy acidic bite of the tomatoes.

This dip is best served with homemade crostini, but crisp crackers work just as nicely. I like to make my crostini because it’s super simple. All you need is a nice french baguette cut into half inch slices then drizzled with olive oil. You can even slide the baking sheet of bread into the oven with the dip to bake them both at the same time.

The dip consists of goat cheese, cream cheese and Parmesan cheese, and a little dried basil. The cheeses are combined together and placed in the middle of a small (8″ or so) baking dish, leaving a “moat” around it for the marinara to fill in. I often prefer to make my own marinara (recipe HERE) but for time’s sake I used Mazetta Italian Plum Tomato Marinara, which has a slightly sweet, deep, rich tomato flavor, and a nice balance of sea salt. (they didn’t sponsor this post, I just really happened to like it!).

Once the marinara moat is filled it, sprinkle the dish with a pinch of kosher salt and pop it in the oven for about 20 minutes. The sauce will be nice and bubbly and the cheese golden on top. If it’s not golden, you could always run it under the broiler for a few minutes.

Serve it with the crostini on the side for dipping in that lusciousness. 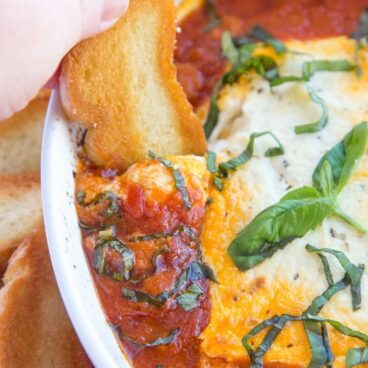 To make the Crostini:

Serve with crostini, crackers, or celery for dipping.

Calories: 216kcalCarbohydrates: 5gProtein: 11gFat: 17gSaturated Fat: 11gPolyunsaturated Fat: 1gMonounsaturated Fat: 4gCholesterol: 44mgSodium: 635mgPotassium: 236mgFiber: 1gSugar: 3gVitamin A: 983IUVitamin C: 4mgCalcium: 157mgIron: 2mg
Have you tried this recipe?
Let us know how it was by leaving a review or sharing on Instagram with the tag #yellowblissroad

For more festive appetizers, try these: 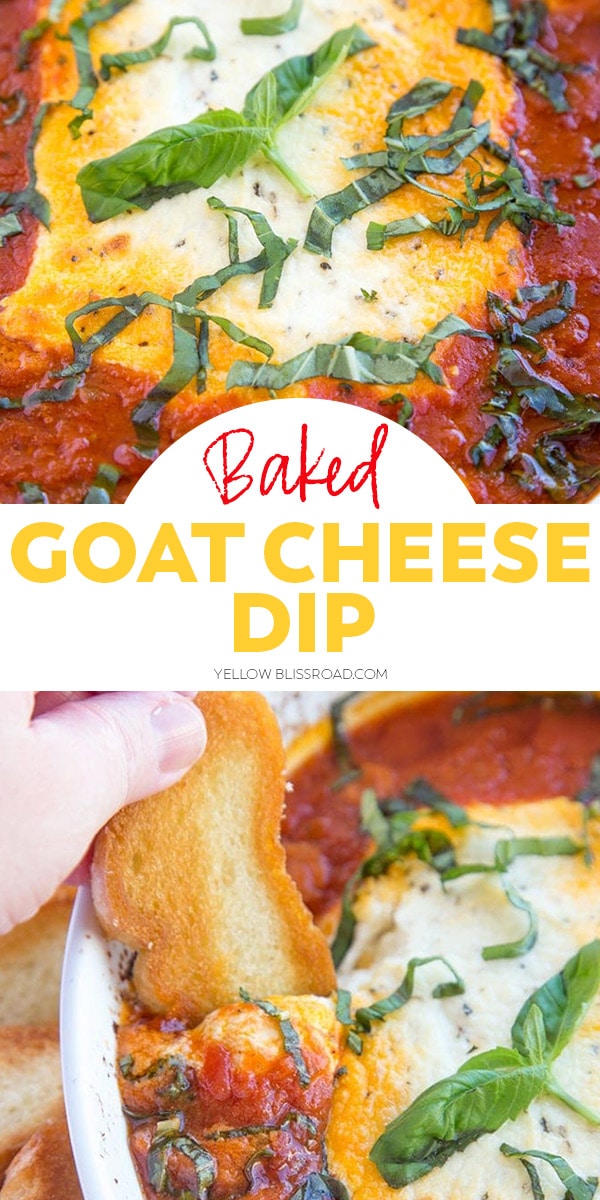 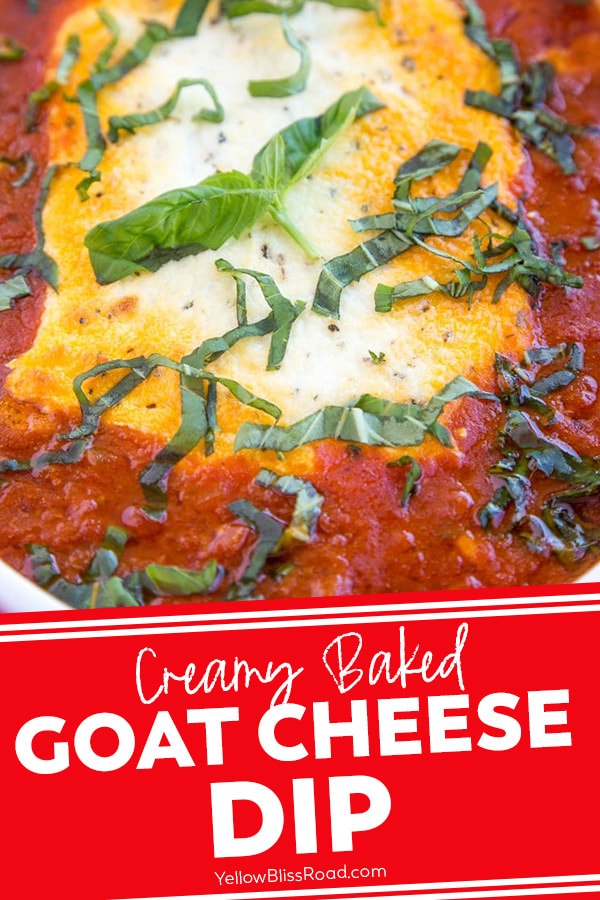 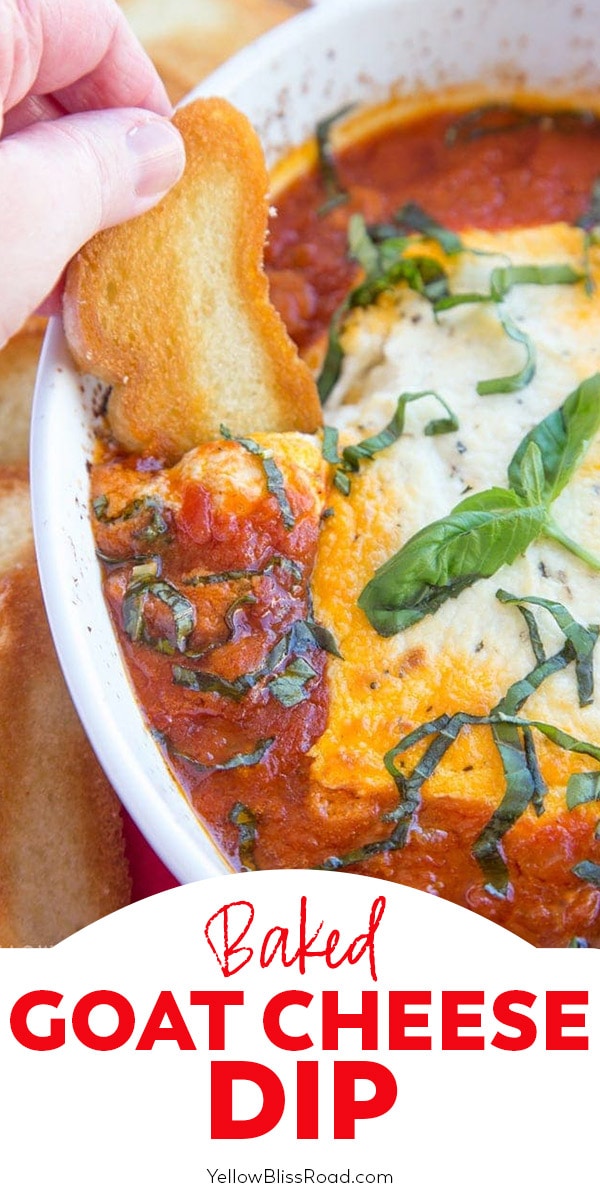