The classic Mexican layered bean dip gets kicked up a notch with a couple extra added secret ingredients! It’s the perfect addition to your game day snack table. 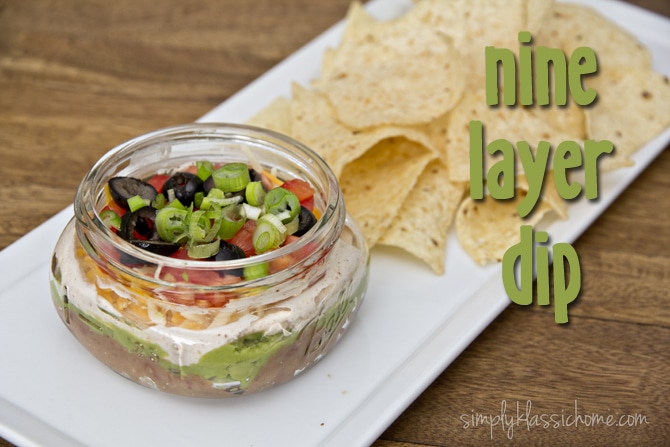 I’m not big on football. But since I love food, and I’m pretty sure you do too, I’m here to share one of my favorite go-to dip recipes!

I’m sure you’ve all heard of the basic Seven Layer Dip, right? It’s a standard party dip, but my recipe kicks it into high gear with a secret ingredient. I’ve been using it for years, but can’t remember where it originally came from. 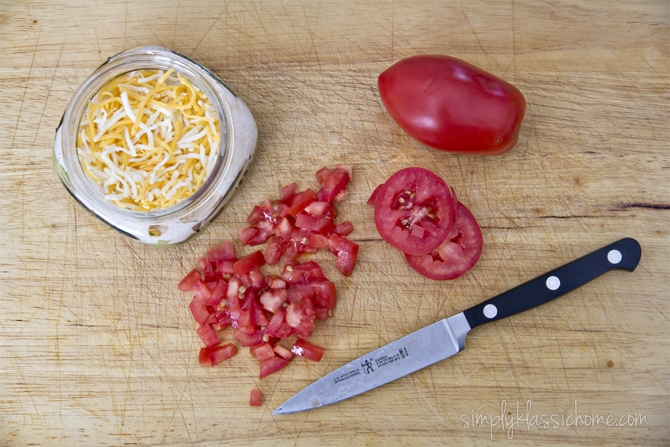 So that secret ingredient…it’s BACON! Because bacon makes everything better. Bacon is cooked until crispy on the stovetop, then most of the grease is poured off with just a tablespoon or so left in the pan to mix with the beans. The bacon is mixed in there too. This special addition gives such a fantastic smokey flavor to your dip – your guests won’t know what hit them!

The dip is pretty thick, so it’s best served with hearty tortilla chips to avoid breakage. 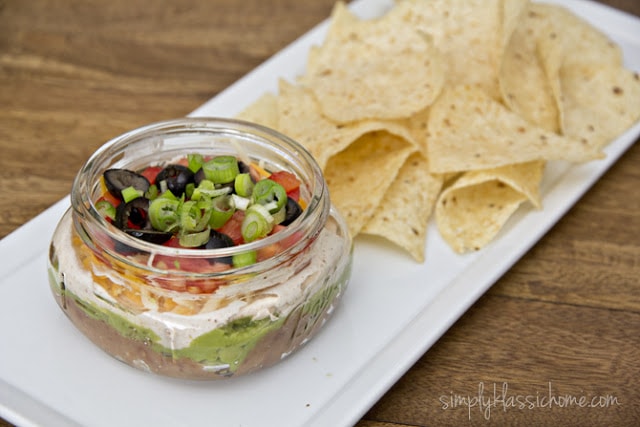 If you would prefer the one pan method, just layer all of the ingredients as listed in a square casserole or round pie plate. 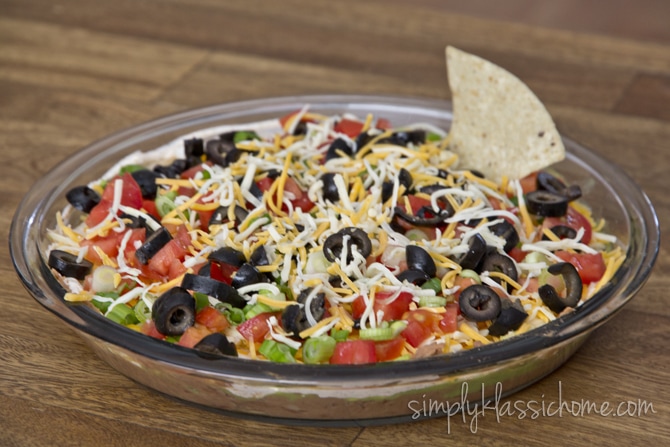 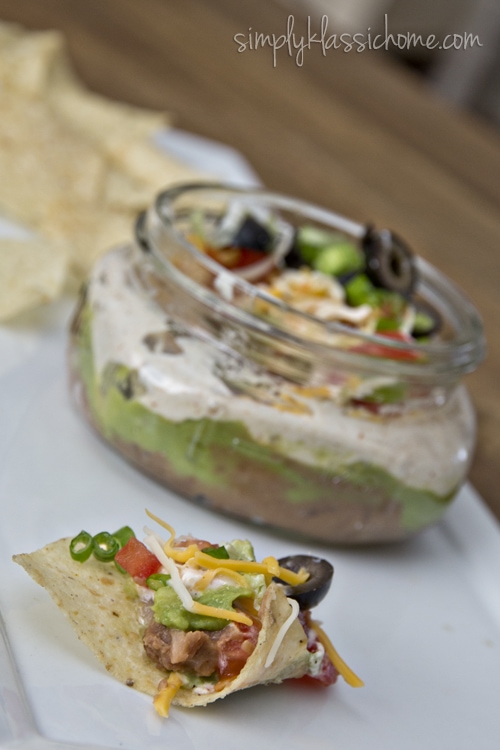 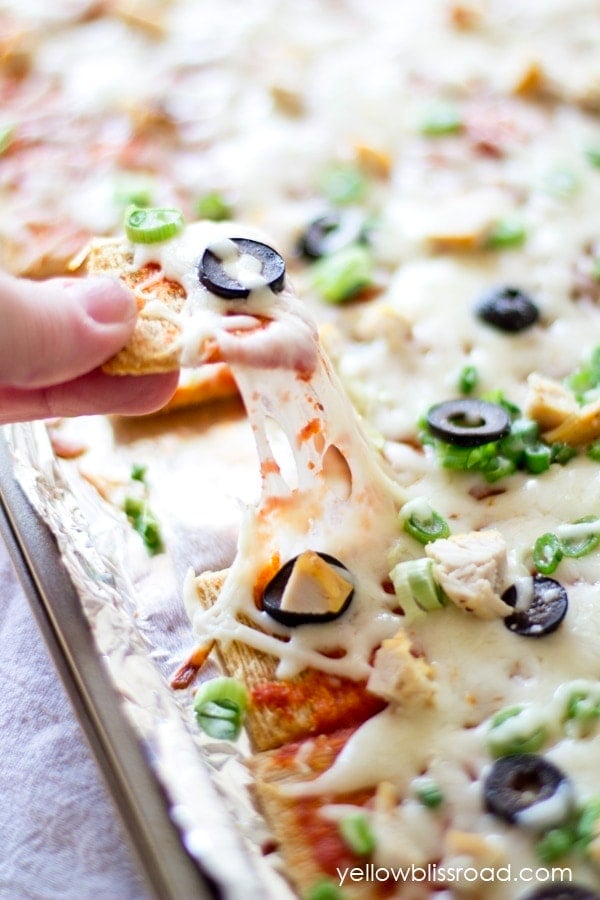 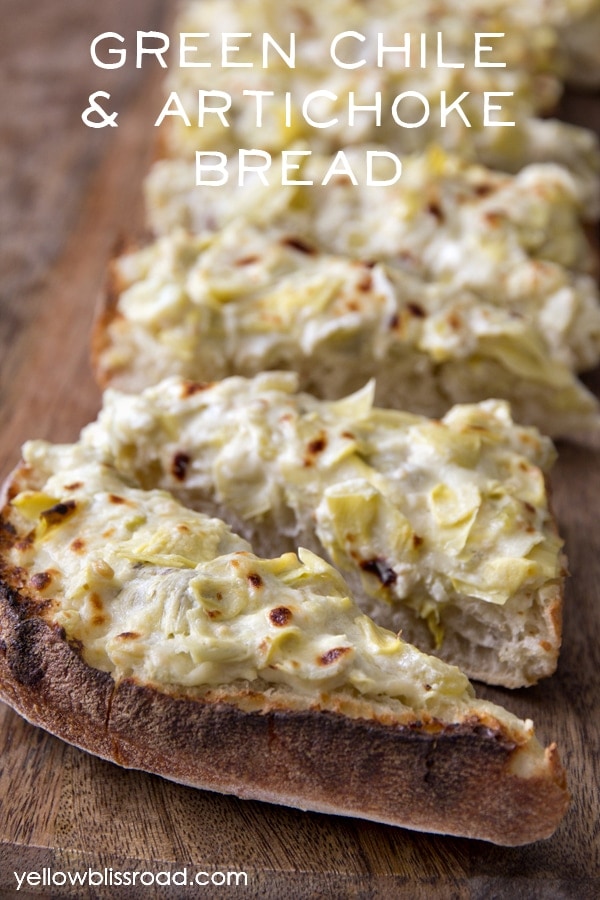 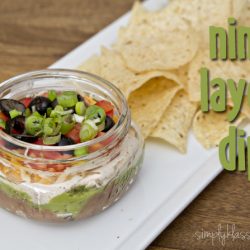