Traditional Polish Latkes are given a healthy makeover into these Vegan Potato Pancakes – perfect for Valentine’s Day breakfast with the one you love. 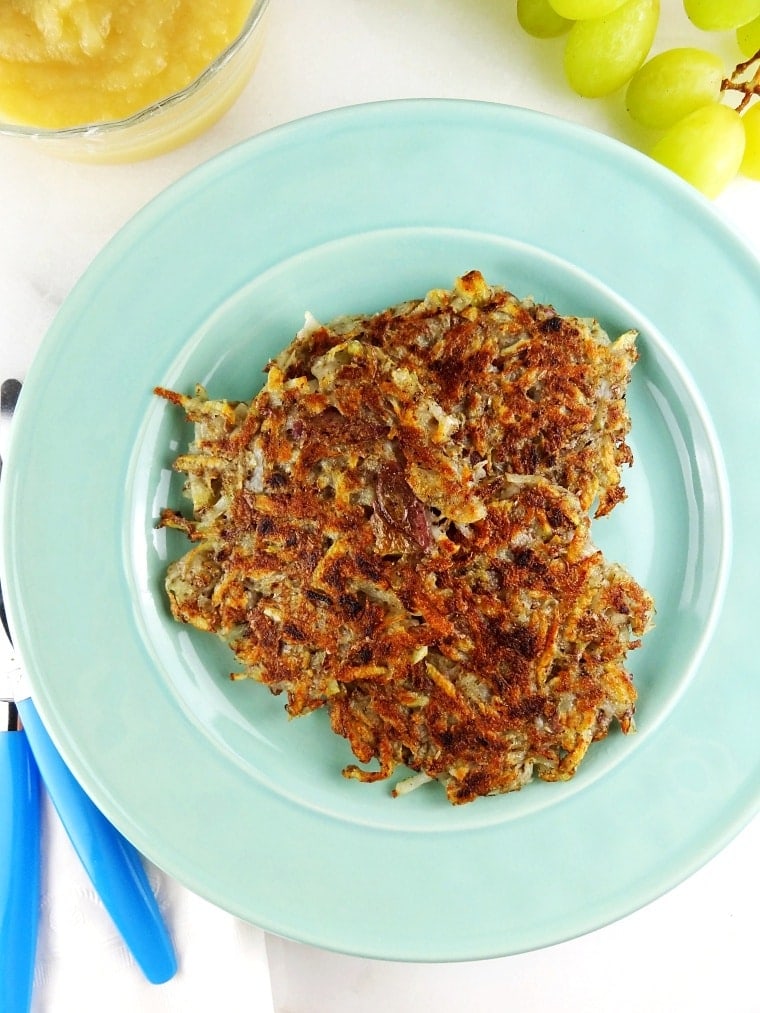 My mother’s side of the family is Polish and while we didn’t get a ton of Polish culture when we were young, we did get a lot of the classic Polish food like Stuffed Cabbage Rolls, Pierogies (basically big raviolis), and Latkes. You probably know Latkes by the name of Potato Pancakes. So, I decided to take the classic Latke and give it a little makeover into these Vegan Potato Pancakes made with red potatoes.

Full disclosure – I definitely did not go into the kitchen intending to make these vegan. I thought I had one last egg left for this recipe, but when I remembered that I had used it to make breakfast for my daughter, I was immediately glad to be given the push I needed to turn these into a healthier Vegan Potato Pancake. There was a bag of chia seeds hanging out in a cabinet, so I used those to make an egg replacement, and it worked out beautifully! 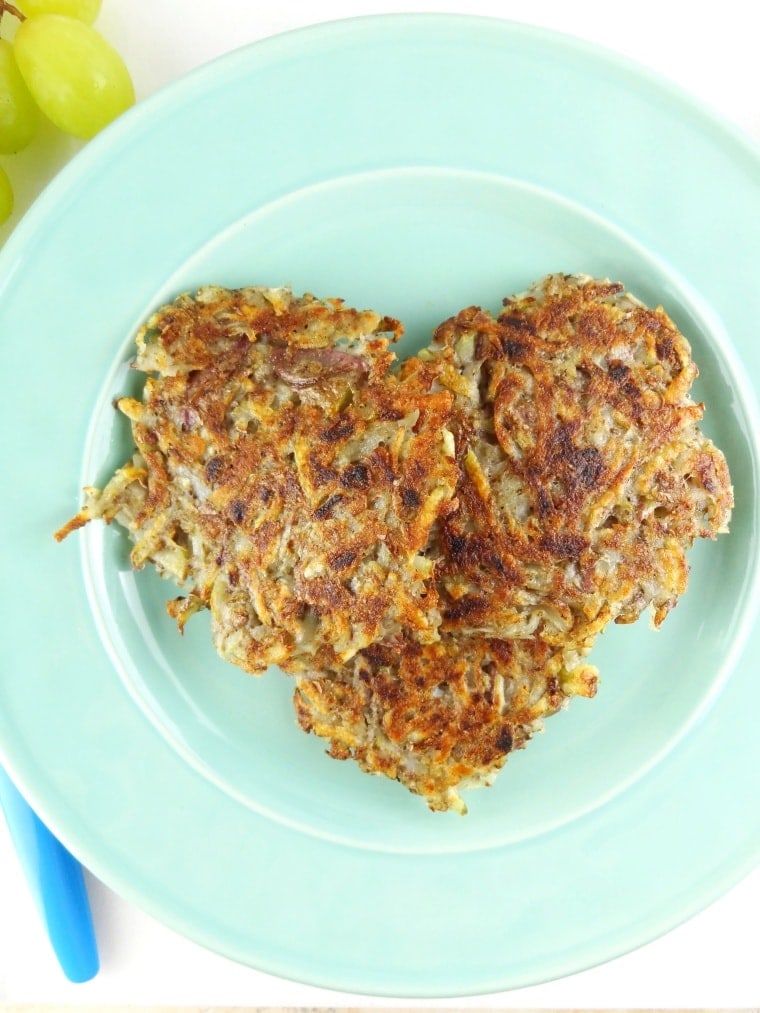 Even if you aren’t vegan, you should definitely add chia seeds to your diet. They may be tiny, but they are among the most nutritious foods on the planet, laden with omega-3 fatty acids, fiber and protein, and they are almost always grown organically.

Instead of the traditional big brown guy used for most potato recipes, I chose to use red potatoes. And since most of the nutrition is found in the thin red skin, I left the skins on. Red potatoes are a great source of fiber, vitamin B, iron and potassium. So, while you are pretty much eating a bunch of potatoes as a meal, with these Vegan Potato Pancakes you are basically eating the healthiest potato meal of your life. You’re welcome. 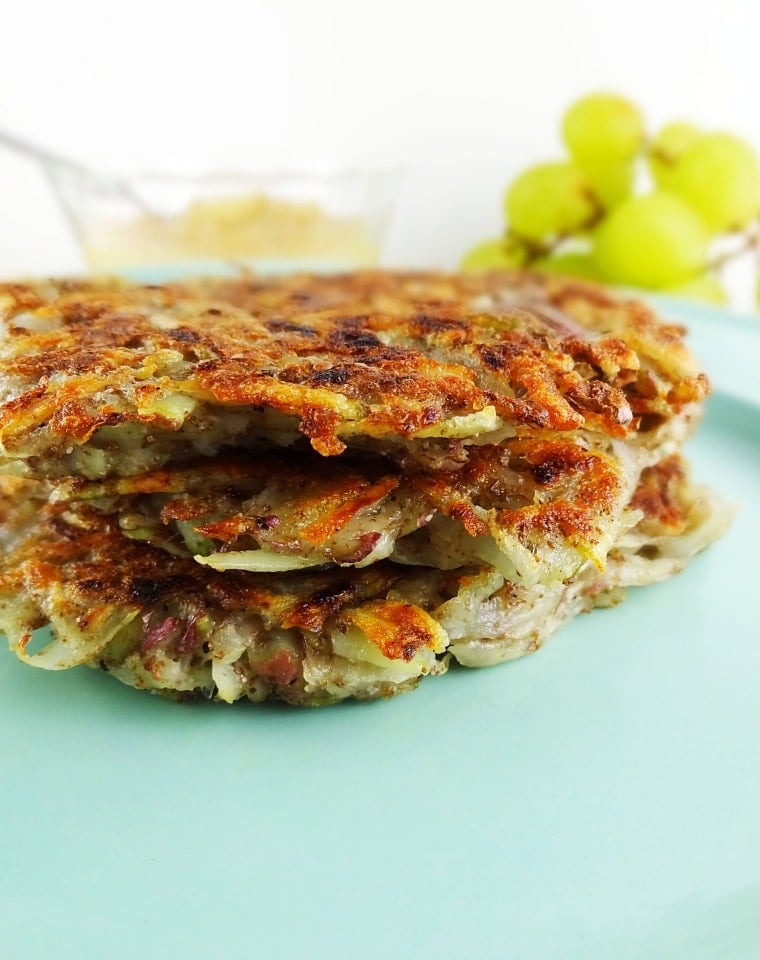 Look how brown and crispy they are. The inside, in contrast, was perfectly soft and creamy. Just the way you want a potato pancake to be.

The recipe is perfect for two, so give these Vegan Potato Pancakes a try with your honey and then let me know what you think! 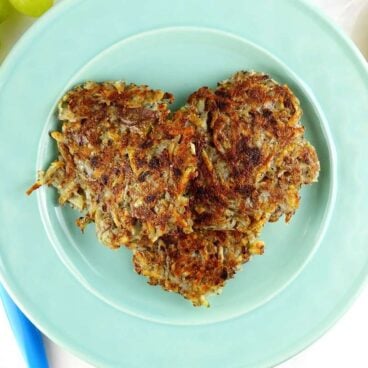 If you have a food processor, it most likely comes with a grating attachment, which would make the process a lot faster and easier.

Calories: 68kcalCarbohydrates: 14gProtein: 2gFat: 1gSaturated Fat: 1gPolyunsaturated Fat: 1gMonounsaturated Fat: 1gTrans Fat: 1gSodium: 208mgPotassium: 349mgFiber: 2gSugar: 1gVitamin A: 7IUVitamin C: 7mgCalcium: 23mgIron: 1mg
Have you tried this recipe?
Let us know how it was by leaving a review or sharing on Instagram with the tag #yellowblissroad

For more yummy recipes, try these:

And for more potato recipes, try these: 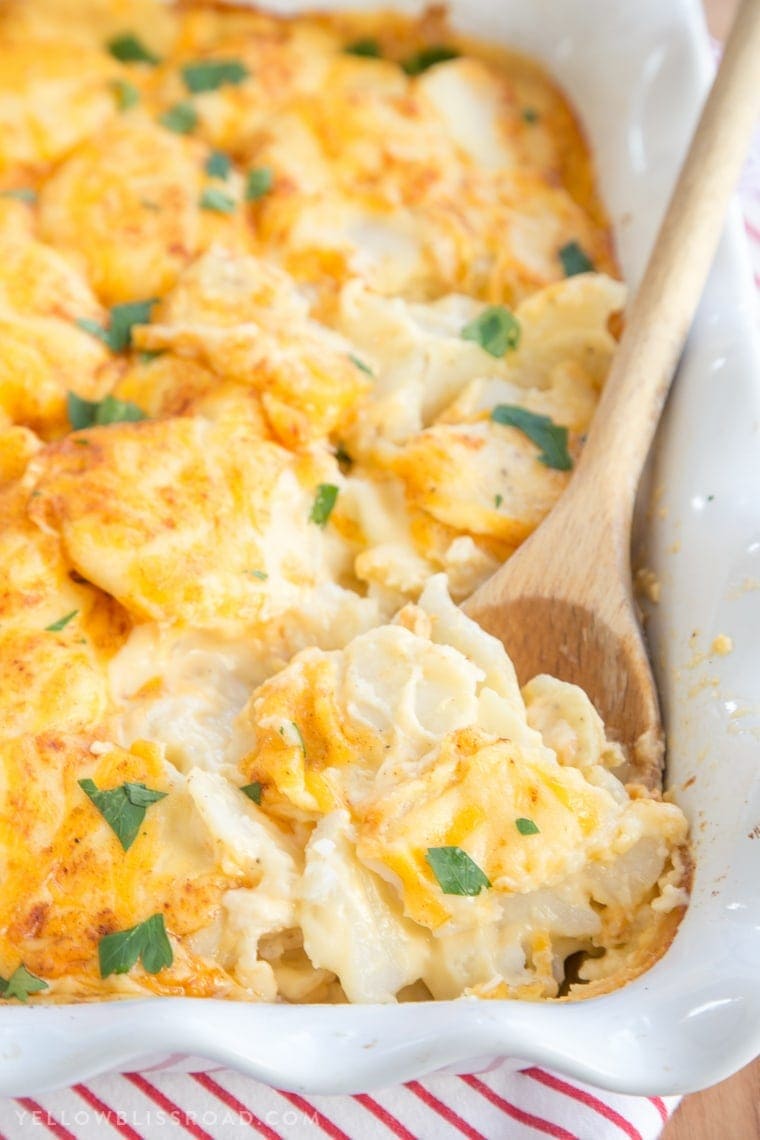 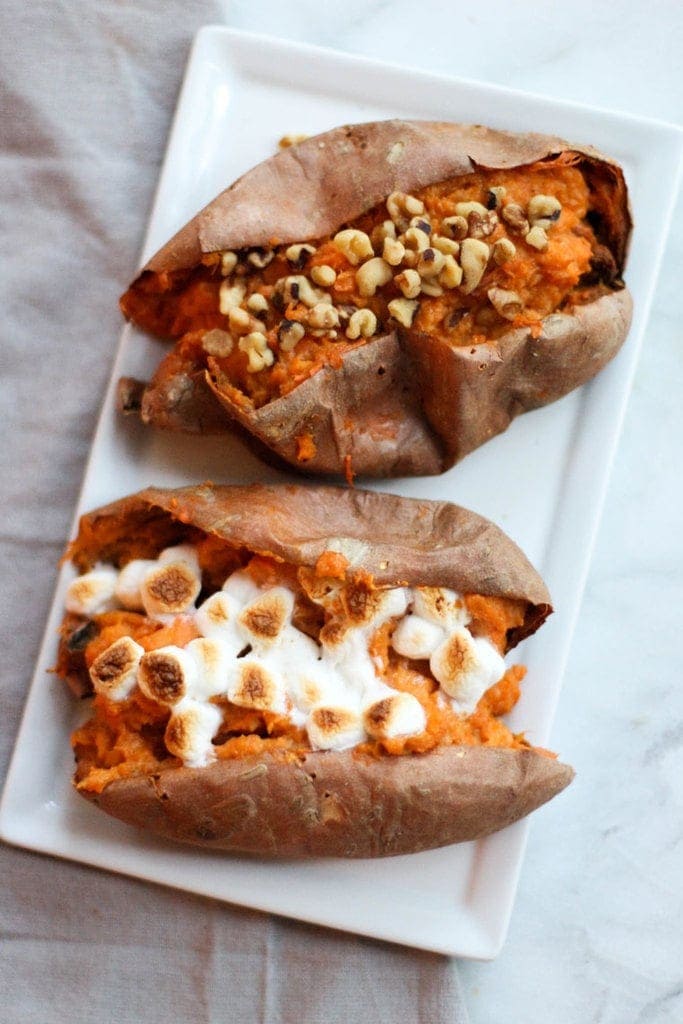 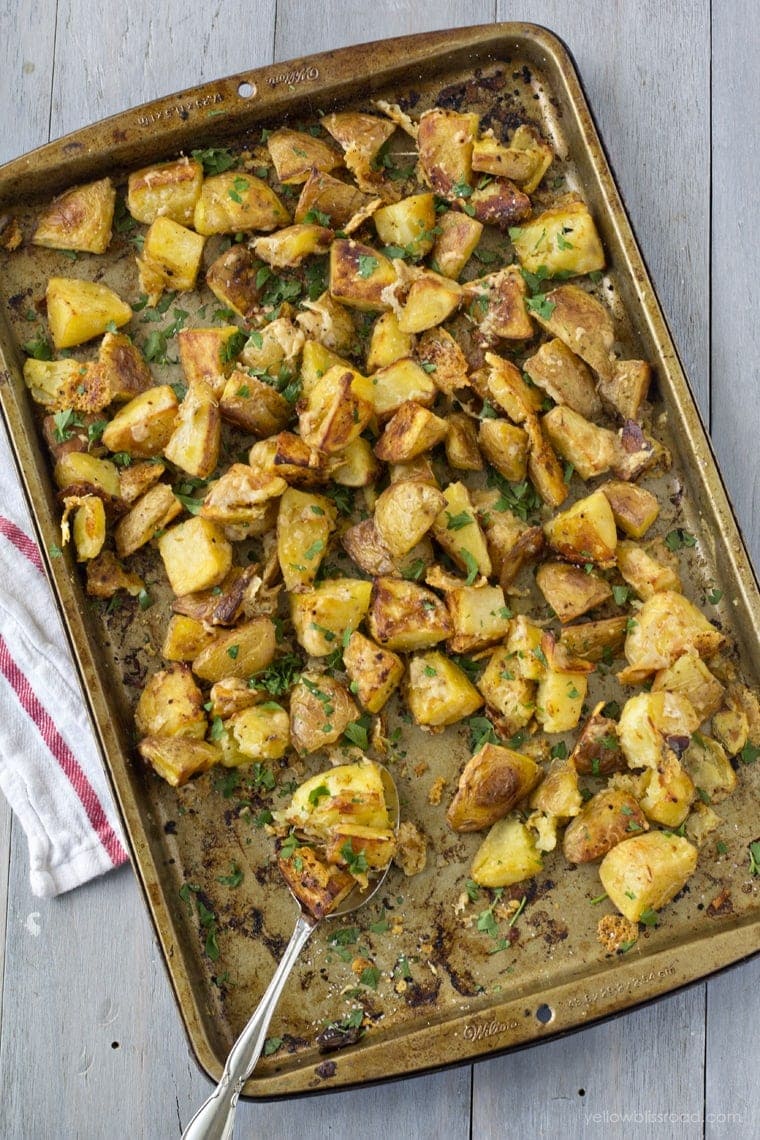 For all side dishes go HERE, for the Recipe Index go HERE.