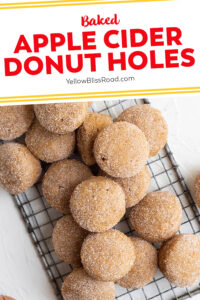 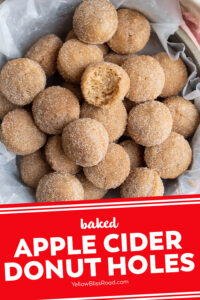 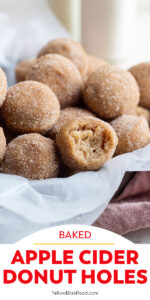 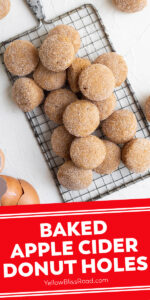 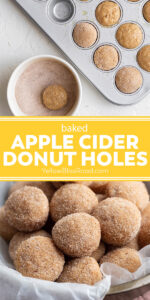 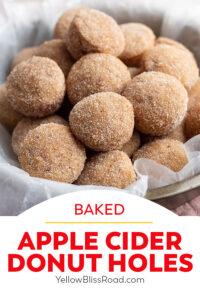 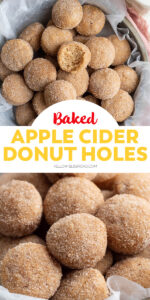 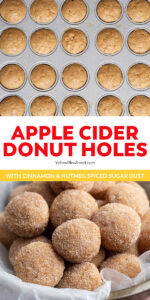 Baked Apple Cider Donut Holes are pillowy soft and packed with the flavors of warm apple cider, cinnamon and nutmeg. Popular at harvest festivals and cider mills, these sweet homemade donuts are a tempting snack or dessert and the ultimate fall treat. 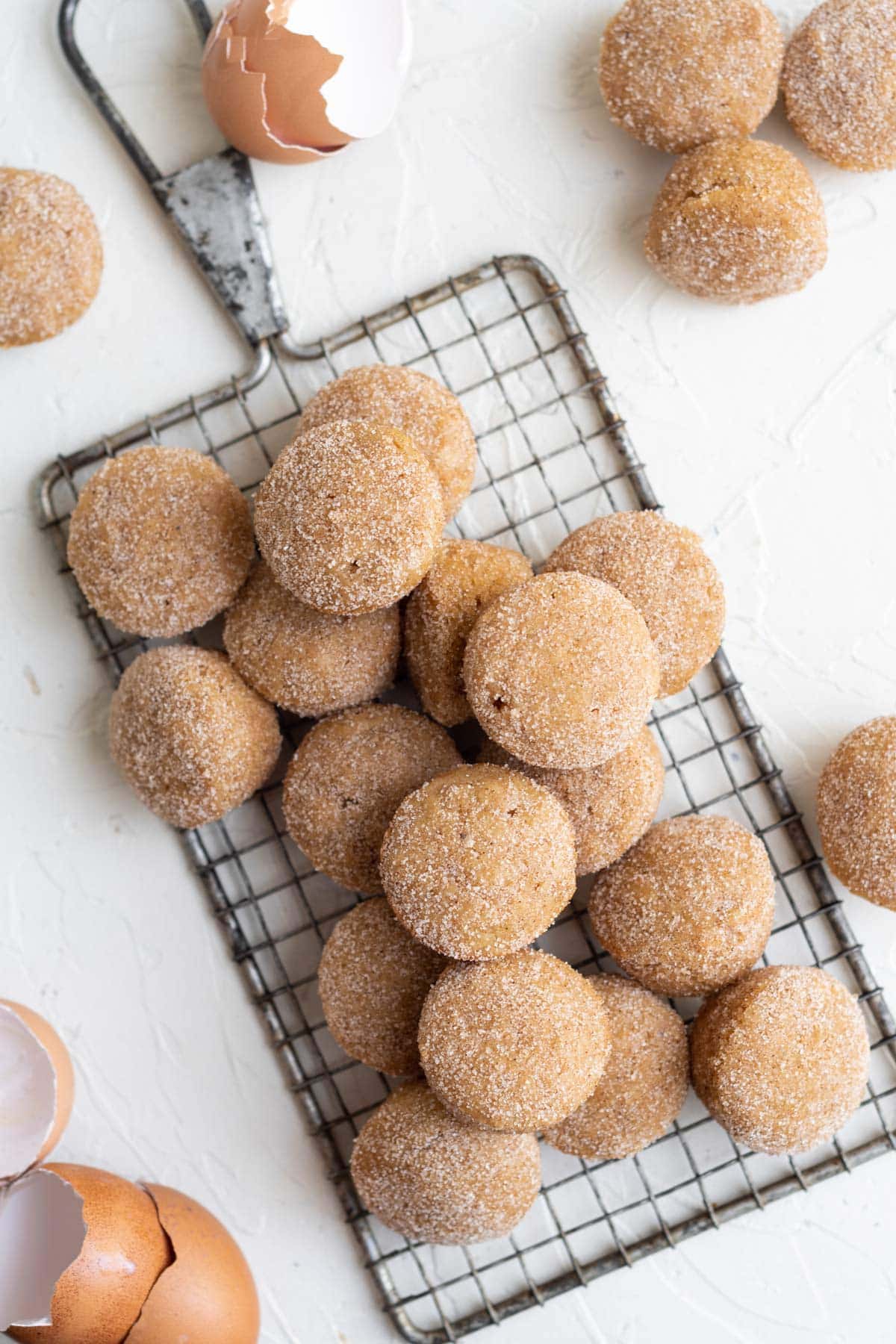 Homemade donuts always seemed intimidating to me but I was surprised at how easy they are to make. They are similar to muffins, and even baked in a mini muffin pan, but are lighter and fluffier in texture. They come out rounded on the top and when you roll them in the sugar while they are still warm, it helps to round out the bottom a little bit. Because they’re baked apple cider donuts instead of fried, they are so light you can eat almost as many as you want!

These apple cider donut holes take that method and and add some sweet apple cider and spices to make the ultimate fall snack. You only need a little bit of apple cider to pack a big punch because it’s reduced to a syrup. Use the rest of the bottle of cider to make some delicious Apple Cider Ginger Punch to go with your donut holes!

What Are Apple Cider Donuts?

If you’ve ever gone apple picking, you’ve probably seen them make fresh pressed apple cider. It’s a fun process that yields some of the best cider you’ve ever tasted. Where there is fresh cider, apple cider donuts are sure to follow!

Apple Cider donuts are a fall tradition in the US, popular at harvest festivals and apple farms. They are baked (more cake-like in texture, not fried) that get their flavor from apple cider, with hints of cinnamon and nutmeg. 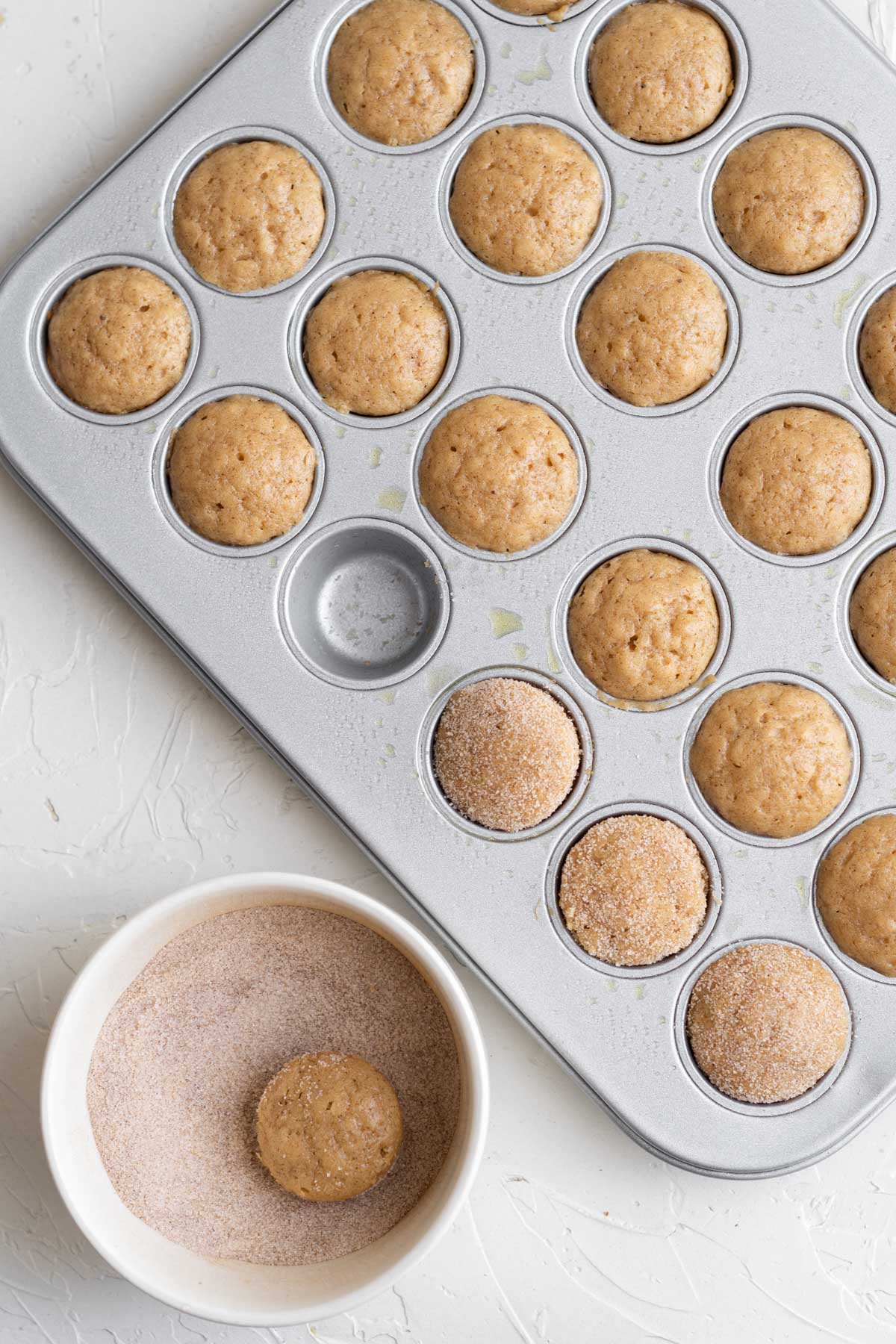 Can You Bake These in a Donut Pan?

If you’d rather make full-size donuts, spoon the batter into greased donut pans, filling to about 1/4″ shy of the rim. Bake at 350 degrees F for 15-18 minutes or until a toothpick inserted in the center comes out clean. Cool several minutes then dip in cinnamon sugar. 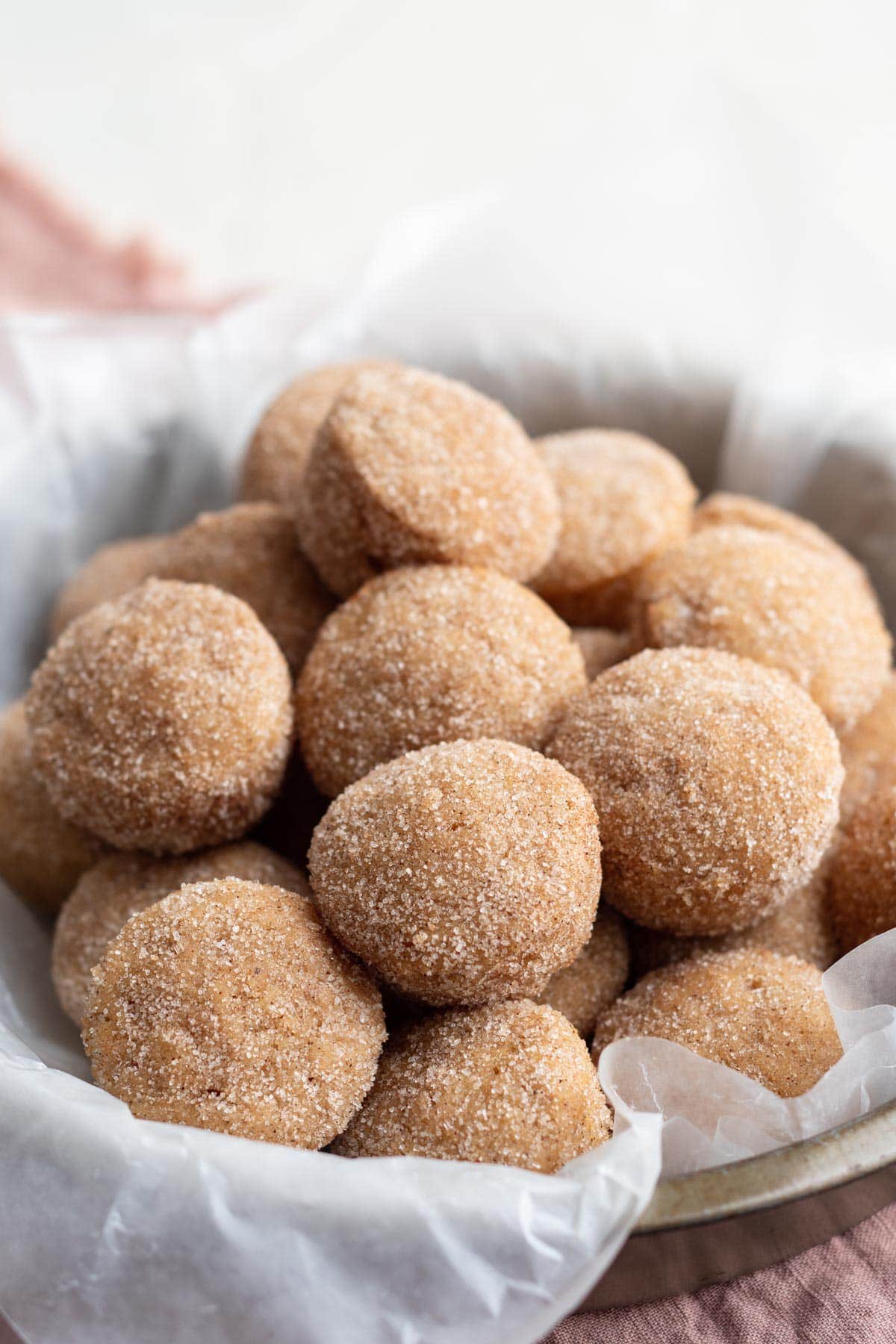 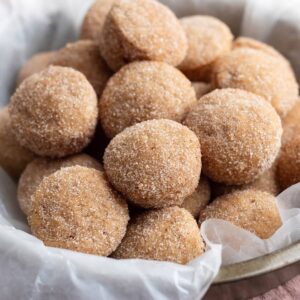 To reduce the apple cider, heat it in a saucepan over medium heat and simmer. Let it simmer for 10 minutes, or until it reduces down to ½ cup. Cool completely before using. Nutritional information is approximate and per donut hole.