Naan Bread is an Indian-style flatbread, that is as simple as it is delicious. Yogurt is the key ingredient to make this yummy bread soft and pillowy! 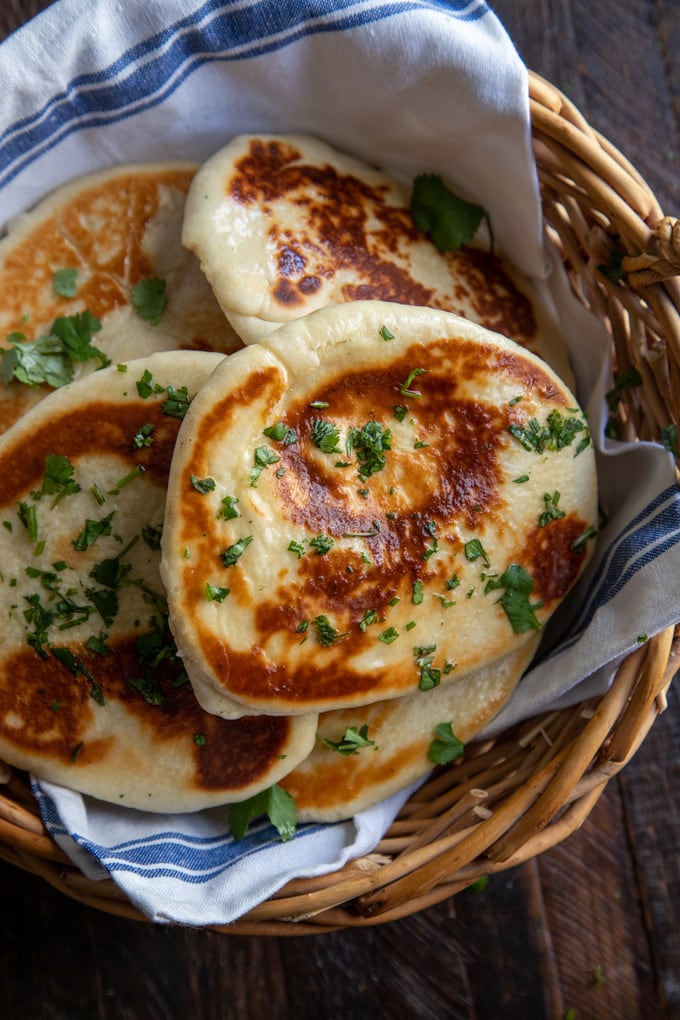 I love Naan, it is one of my favorite bread recipes to make. There’s only 1 rise, and it comes together in a pretty short amount of time. With a little planning ahead, you can make the dough, have it rise for an hour, and be cooking it so it’s hot, fresh and fluffy and ready to be served with dinner. This is a great recipe for beginners, as the recipe is very forgiving!

It’s a really simple process: we basically bloom the yeast, add the wet ingredients and then gradually add the dry ingredients. A quick mix into to a rough/shaggy dough right in your stand mixer, switch to the dough hook, and a 5 minute knead is all that’s needed. Let it rise, then cut, shape, butter and cook. So easy, right?

The key ingredient for Naan is actually plain yogurt. The yogurt hydrates the dough and makes it super soft and tender. As an added bonus – it adds a wonderful flavor as well as protein. Greek yogurt can also be used, just make sure it’s plain and not flavored. 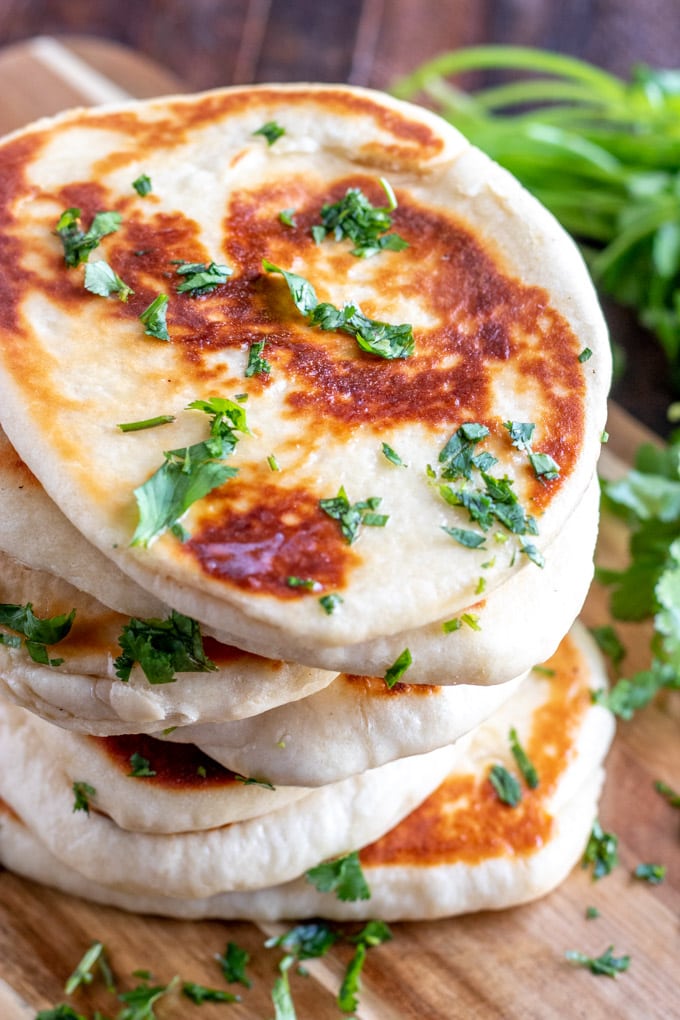 WHAT IS NAAN BREAD?

It is an Indian style flatbread served alongside any kind of meal. I particularly like dipping it into butter chicken and devouring it.

TIPS AND TRICKS FOR SUCCESS

HOW TO MAKE NAAN BREAD DOUGH 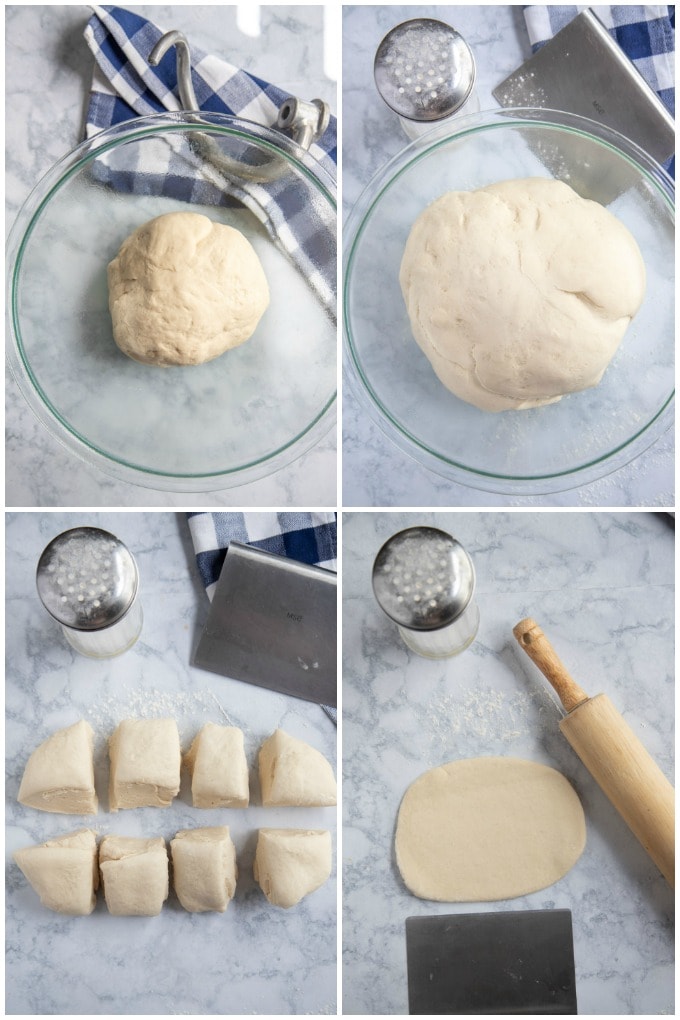 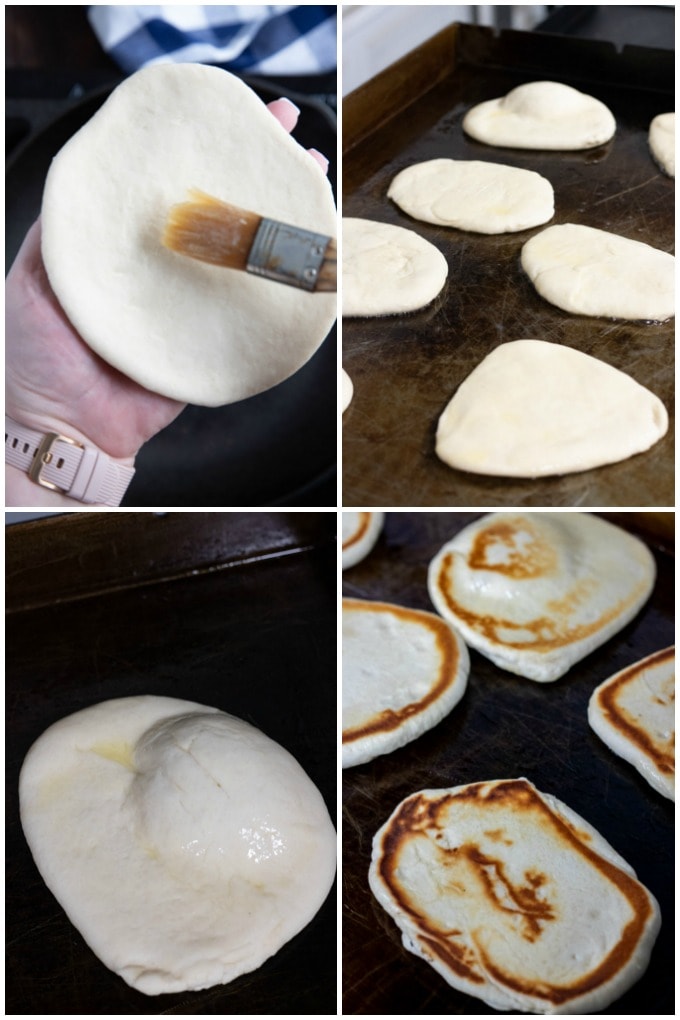 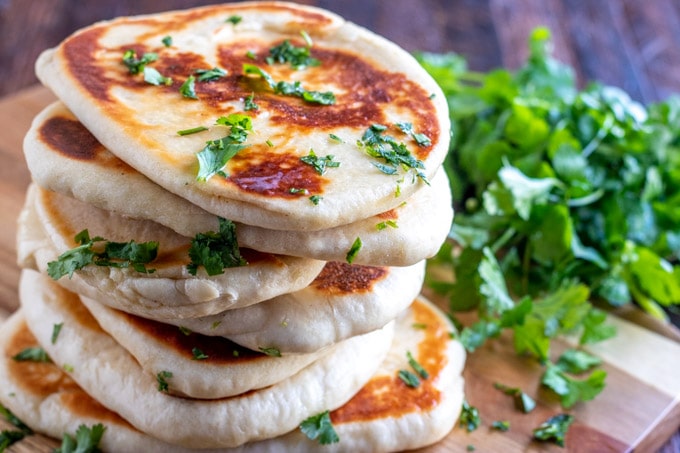 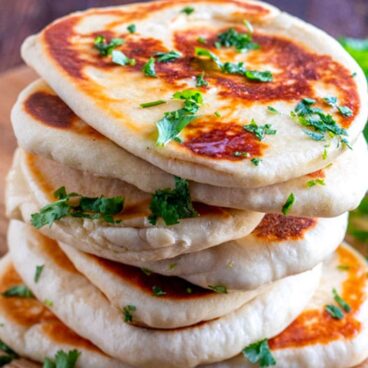 Use Naan in place of pizza crust for a fun twist. Bake with sauce, cheese and toppings.

Calories: 362kcalCarbohydrates: 64gProtein: 10gFat: 7gSaturated Fat: 4gCholesterol: 17mgSodium: 355mgPotassium: 192mgFiber: 3gSugar: 6gVitamin A: 212IUCalcium: 60mgIron: 4mg
Have you tried this recipe?
Let us know how it was by leaving a review or sharing on Instagram with the tag #yellowblissroad 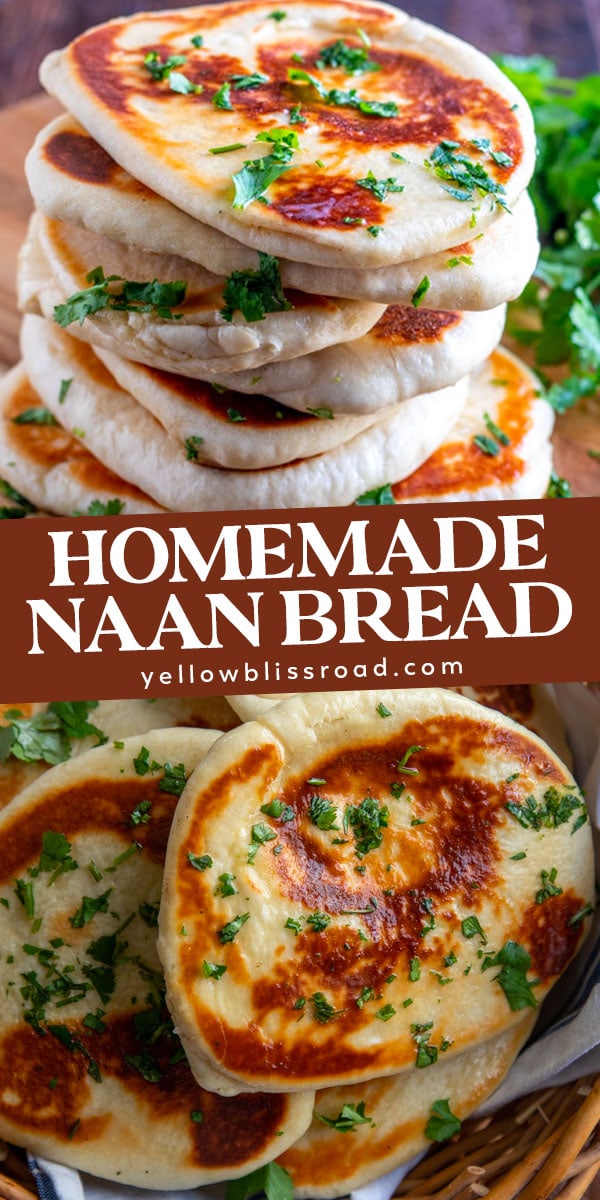 Kylee is the creator of Kylee Cooks. She focuses on simple, no-fuss, homemade recipes that help solve the question of what to make for dinner. Kylee loves creating recipes that use readily available ingredients and presents them in a friendly, easy-to-follow way! She lives in Arizona with her hot husband, 2 young sons and loves camping, quad riding and road trips. And bacon. She LOVES bacon.