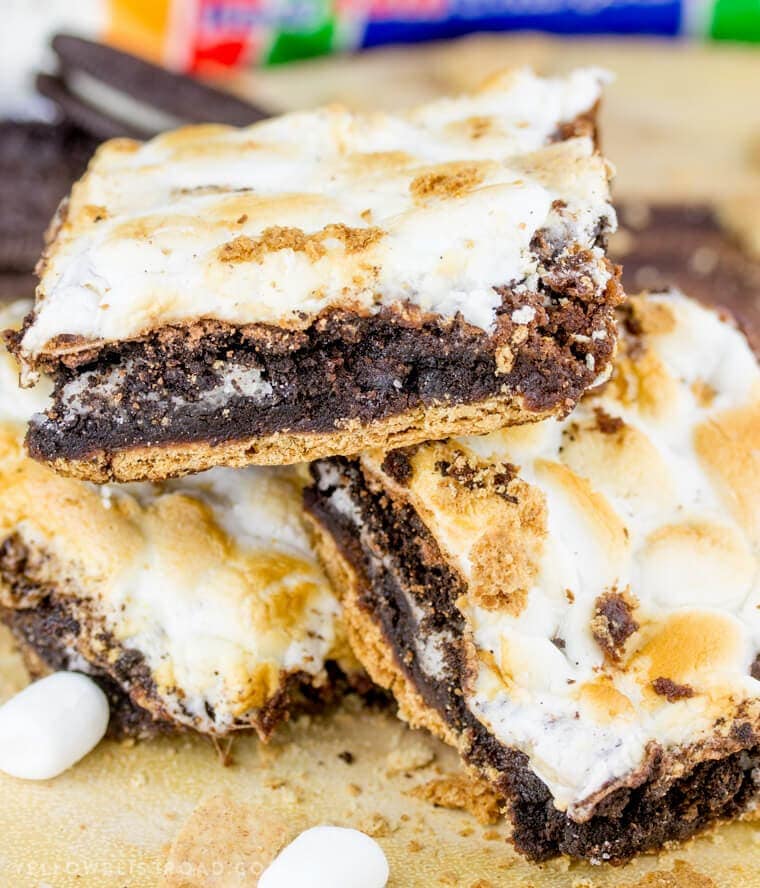 In my 8 years of blogging and creating recipes, this is one of my favorites. These S’Mores Oreo Stuffed Brownies look so rusticly beautiful, they taste absolutely divine, and they are a real crowd pleaser – no one can say “no” to these brownies (And if they do you might want to reconsider the relationship!). 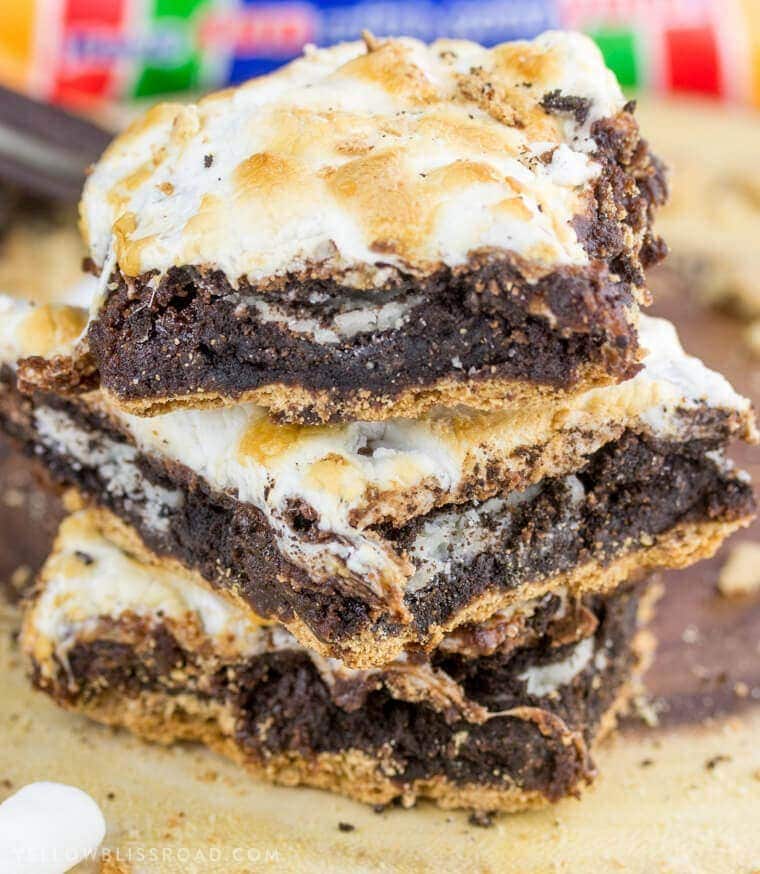 Imagine all of the things that remind you of childhood backyard barbecues and summer vacation all blended together in a fabulous dessert. Sticky S’Mores faces licking the marshmallow and melted chocolate off of their fingers, twisting the tops off of the Oreos so you could lick the yummy creme in the center. And brownies. Oh, the brownies. 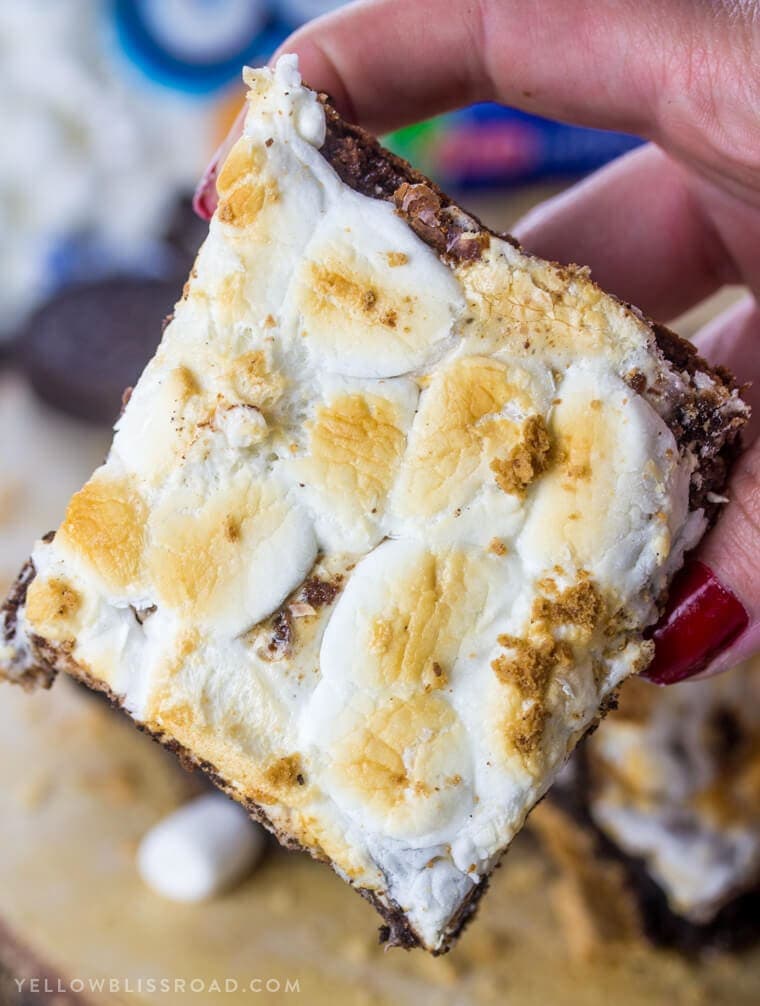 Since you’ve likely spent the last few minutes drooling over your keyboard, I’ll bet you’re ready to see how easy these S’Mores Oreo Stuffed Brownies are to make!

Start with a graham cracker base, in a foil lined pan, adding broken pieces to fill all the space. *Pro-tip: I like to use foil or parchment paper with any kind of baked bar like this. Makes it super easy to lift the whole thing out and cut on a cutting board rather than digging around to get out the first few squares! 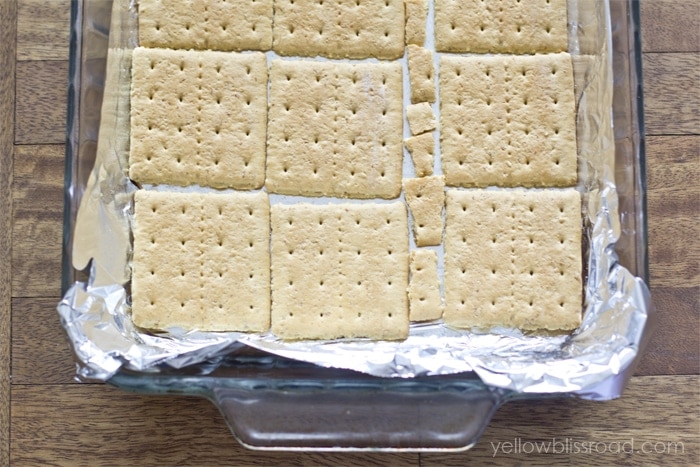 Next you’ll top with half of the brownie batter then top that with Oreos. 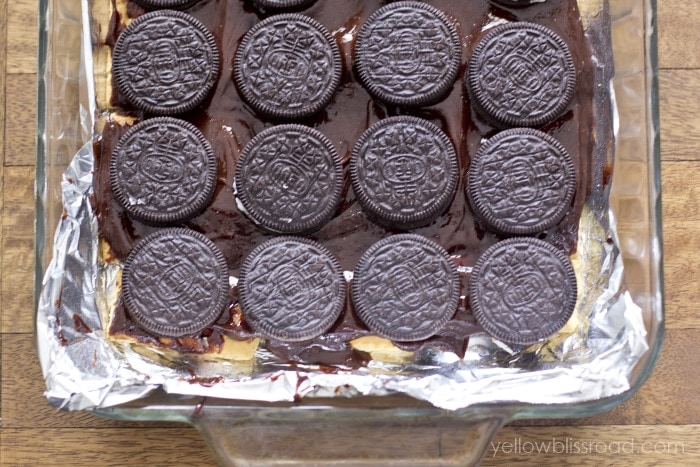 Next you’ll add a cup of marshmallows to the remaining batter and fold them in until they are all covered with chocolate. Then spread that on top of the Oreos. Try to get the brownie batter all the way to the edges of the pan or the Oreos tend to burn. 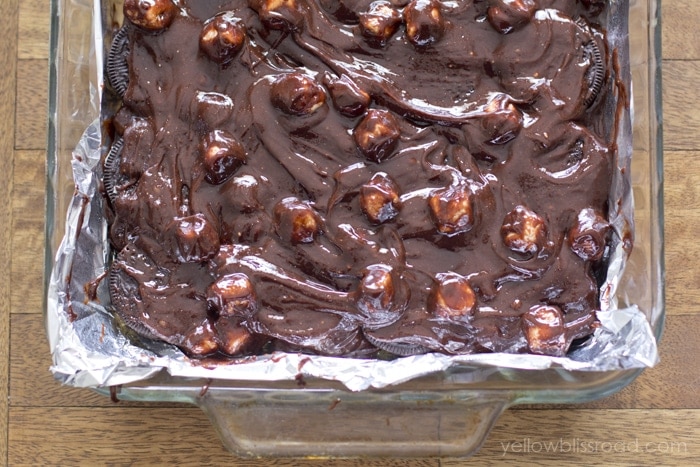 Then bake that beautiful mess for about 27 minutes, on the middle rack of the oven. Flip on the broiler and sprinkle another cup or so of marshmallows on top of the brownies. Leave them on that center rack and let the broiler brown them for about two minutes. Don’t walk away – they can burn in seconds! 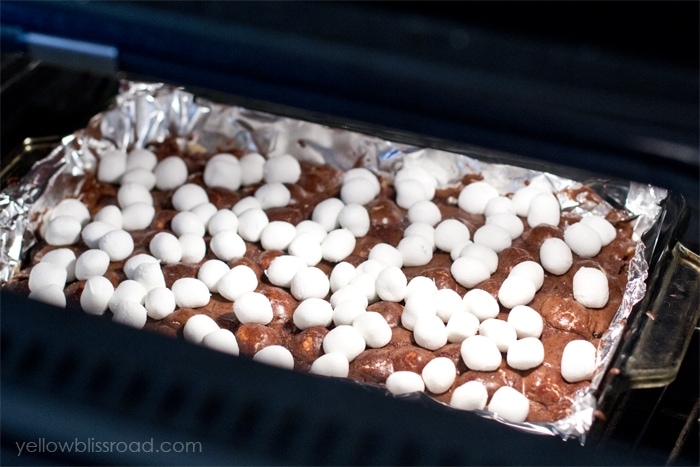 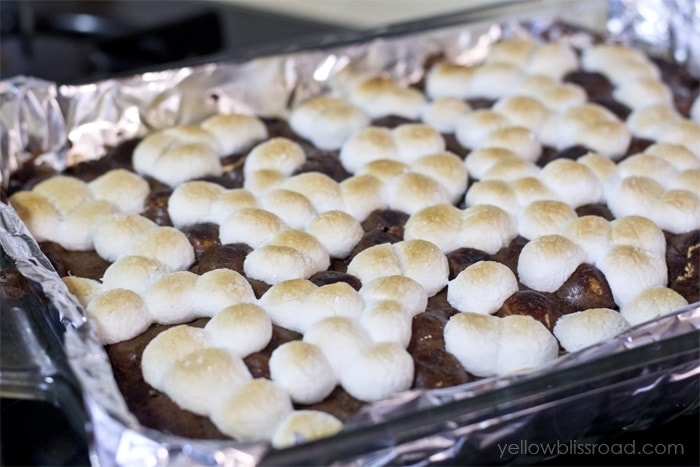 Remove from the oven and allow the brownies to cool completely before cutting into bars. The marshmallow does get sticky so it helps to dip the knife in warm water after each slice.

If you’re planning to make these at home, be sure to share a photo on Instagram and tag #yellowblissroad! 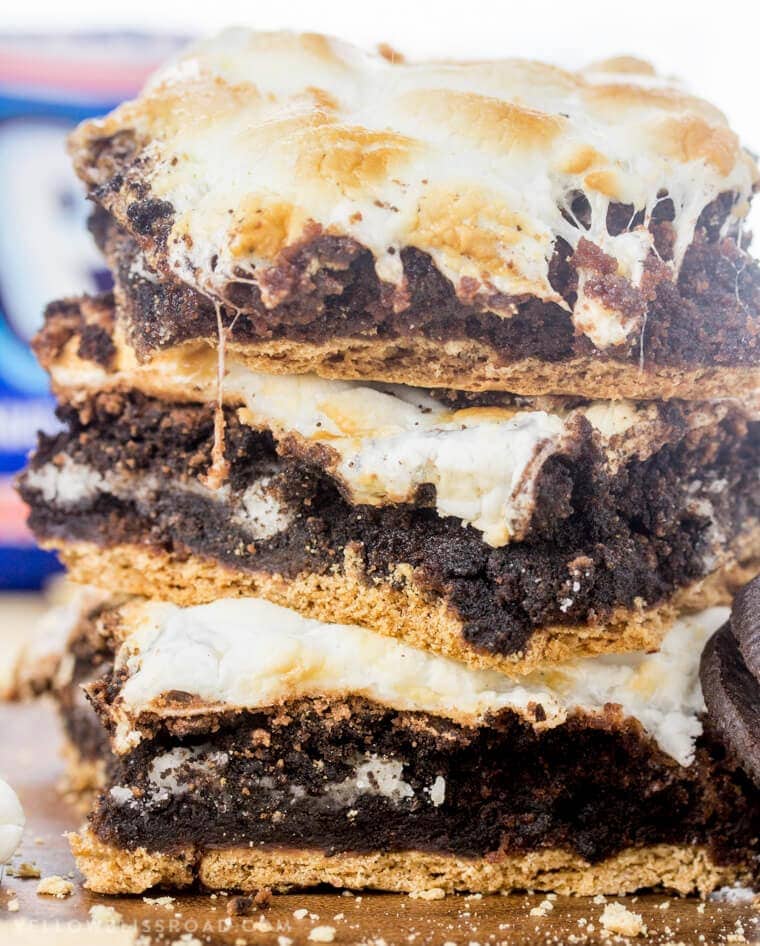 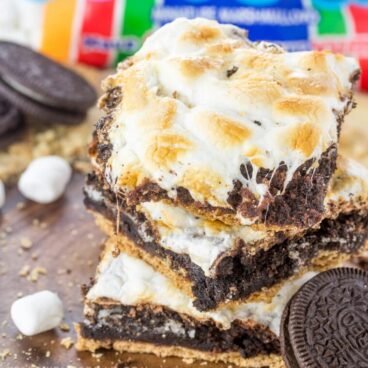 *Pro-tip: I like to use foil or parchment paper with any kind of baked bar like this. Makes it super easy to lift the whole thing out and cut on a cutting board rather than digging around to get out the first few squares!

Calories: 325kcalCarbohydrates: 58gProtein: 4gFat: 9gSaturated Fat: 2gPolyunsaturated Fat: 1gMonounsaturated Fat: 4gTrans Fat: 1gSodium: 245mgPotassium: 66mgFiber: 1gSugar: 35gVitamin A: 1IUCalcium: 11mgIron: 4mg
Have you tried this recipe?
Let us know how it was by leaving a review or sharing on Instagram with the tag #yellowblissroad

Love these S’Mores Oreo Stuffed Brownies? I bet you’ll love these too! 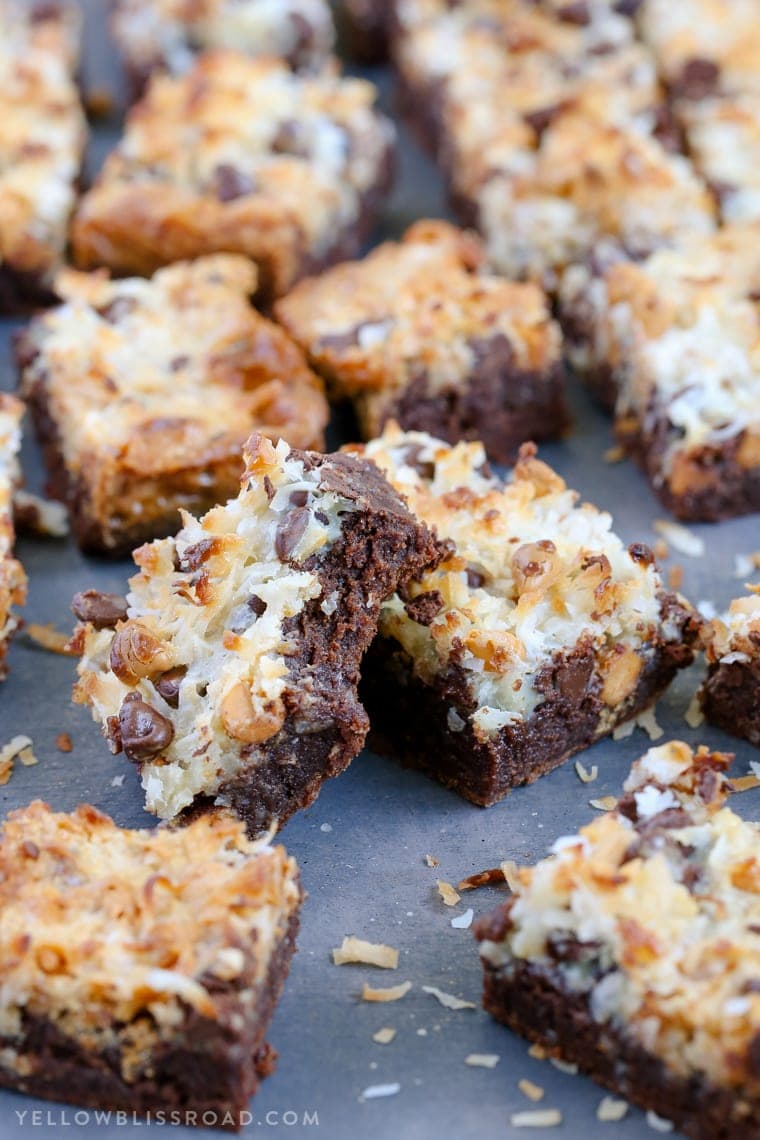 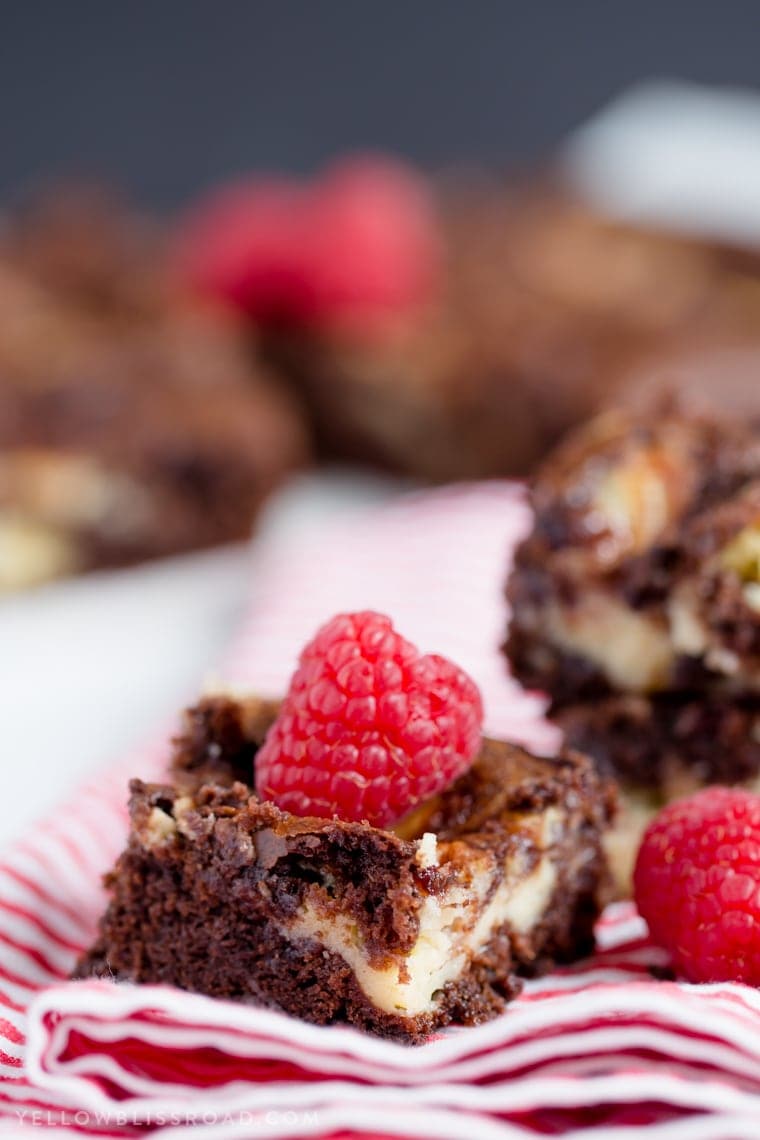 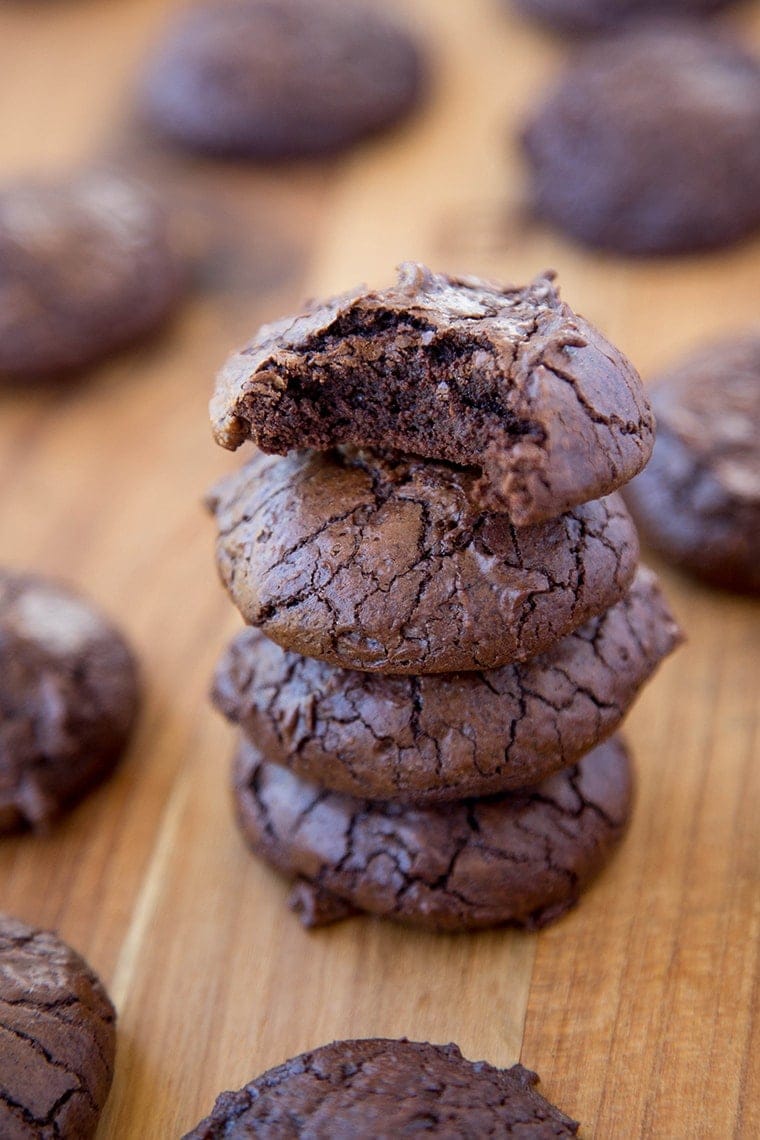