Sweet Hawaiian bread and a pinch of cinnamon make this Baked French Toast recipe a delicious addition to your morning. It’s perfect for a holiday brunch, or just for a weekend breakfast with your family.

I love breakfast foods. It really doesn’t matter what it is – I could eat breakfast at any time of the day. In fact, it’s not unusual to find us eating scrambled eggs or other breakfast favorites, like Easy Breakfast Potatoes or Breakfast Pizza and the like for dinner at least a few times a month if not once a week. 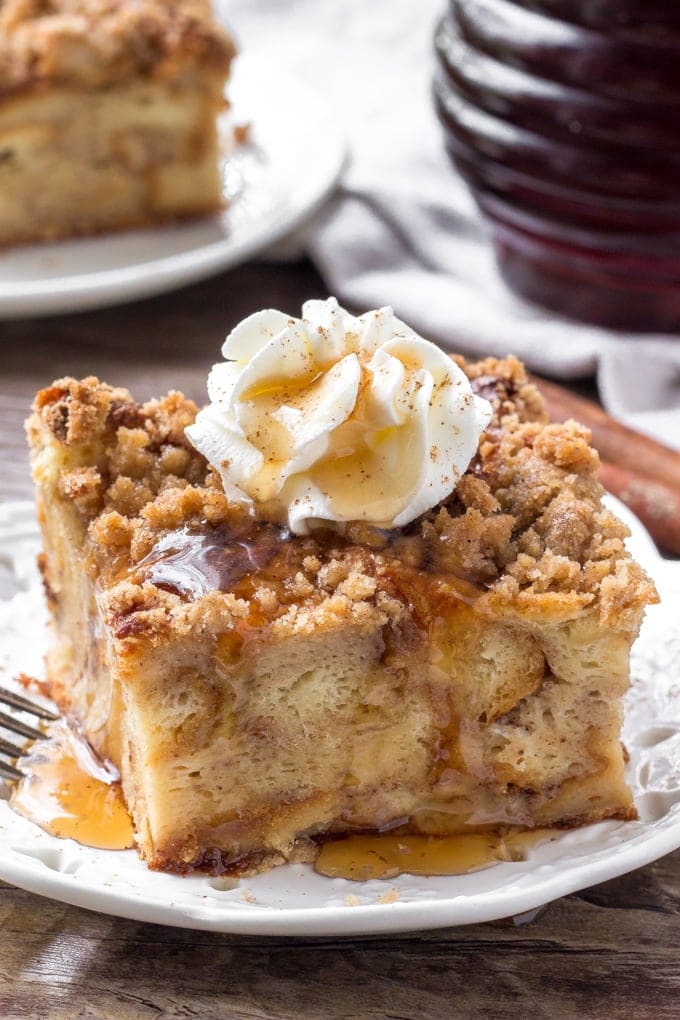 I always love to have a sweet component to our breakfasts, and this Baked French Toast definitely fits the bill. It gets it’s sweetness from the use of Hawaiian Bread (my favorite base for a French Toast Bake). It tends to hold up to the liquid better than French Bread in my opinion.

This is an incredibly simple recipe in which eggs, milk, cinnamon and sugar are combined and poured over the torn pieces of bread. Then a quick topping is made from flour, brown sugar, butter and more cinnamon. Bake it, slice it and serve it up! The best part is that you don’t have to prep this casserole overnight, although you certainly can. 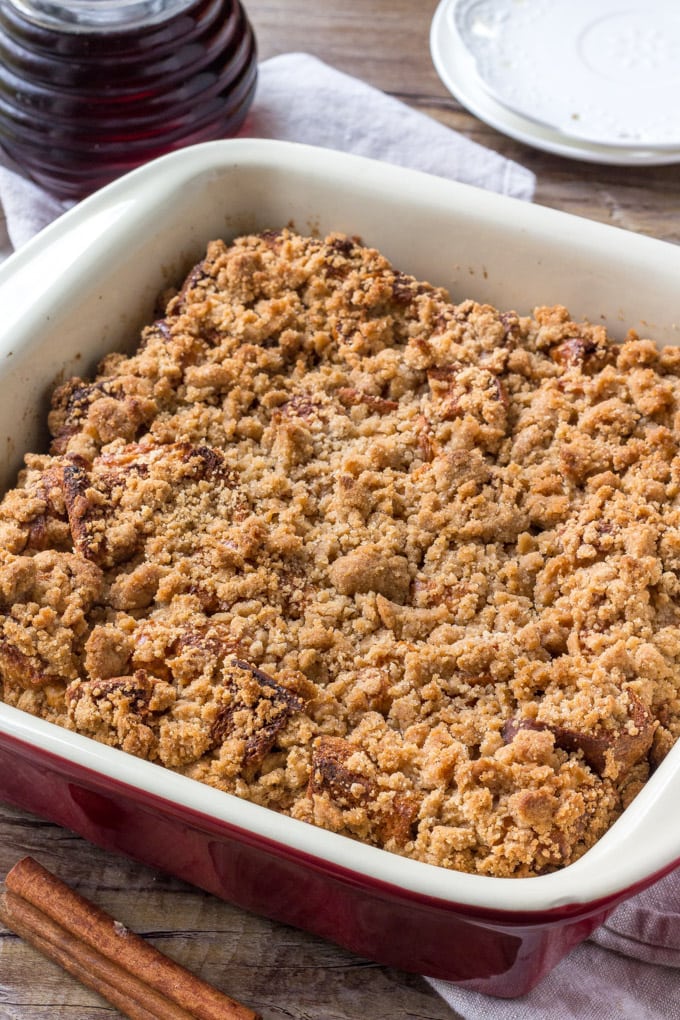 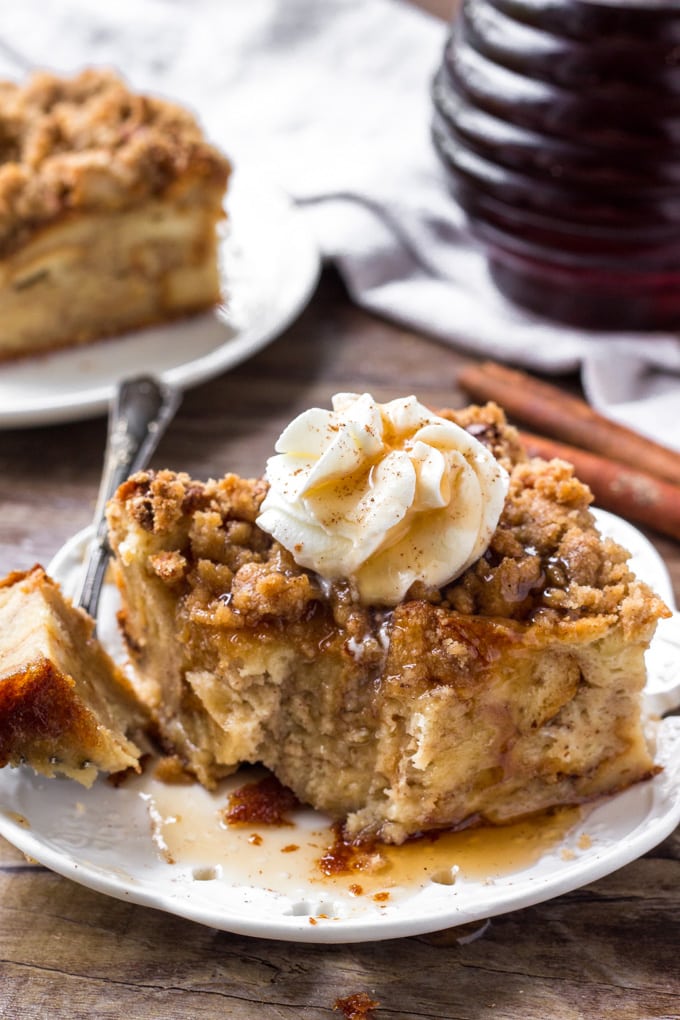 WHAT GOES WITH BAKED FRENCH TOAST FOR BRUNCH?

Here are some delicious recipes we love to serve for brunch that would pair perfectly with this cinnamon french toast casserole. 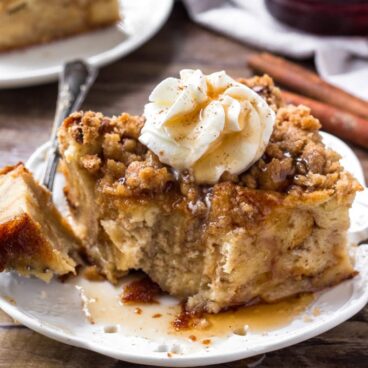 This recipe can easily be doubled and baked in a 13"x9" baking dish. 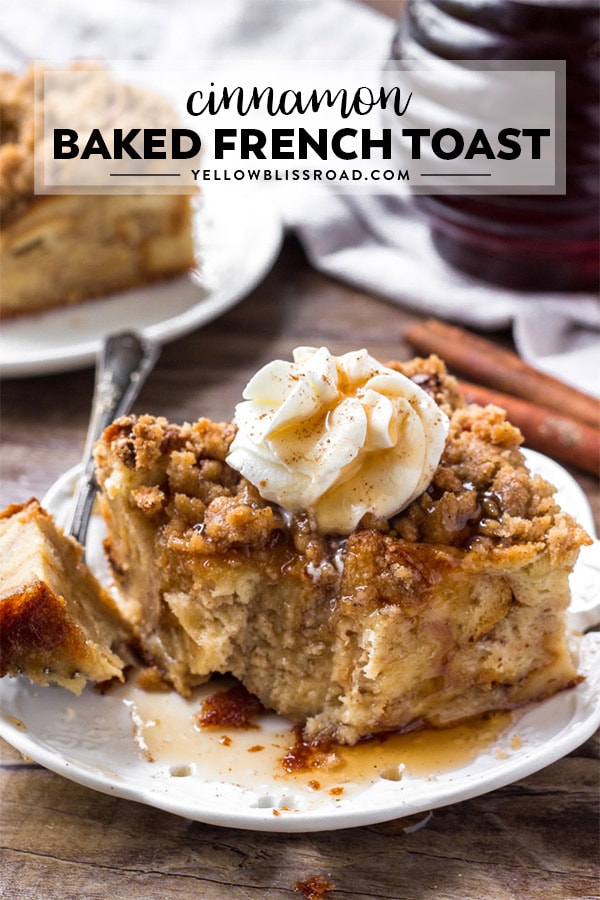 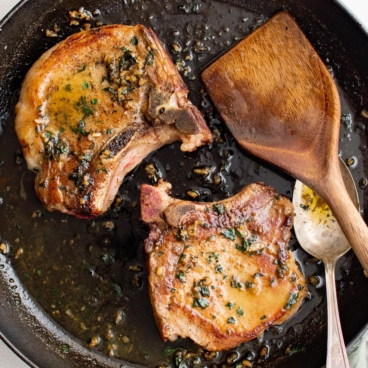 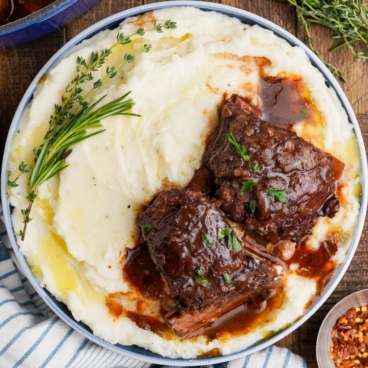 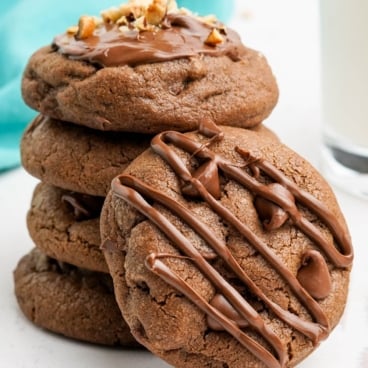 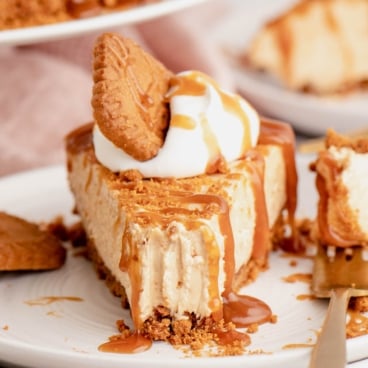