This perfectly moist Coconut Cake will be your new favorite cake for entertaining! No one will ever know it’s made by hacking a boxed cake mix!

I absolutely love coconut! Some of my favorite recipe use the stuff, like Coconut Cupcakes with Raspberry Filling and Coconut Key Lime Pie. 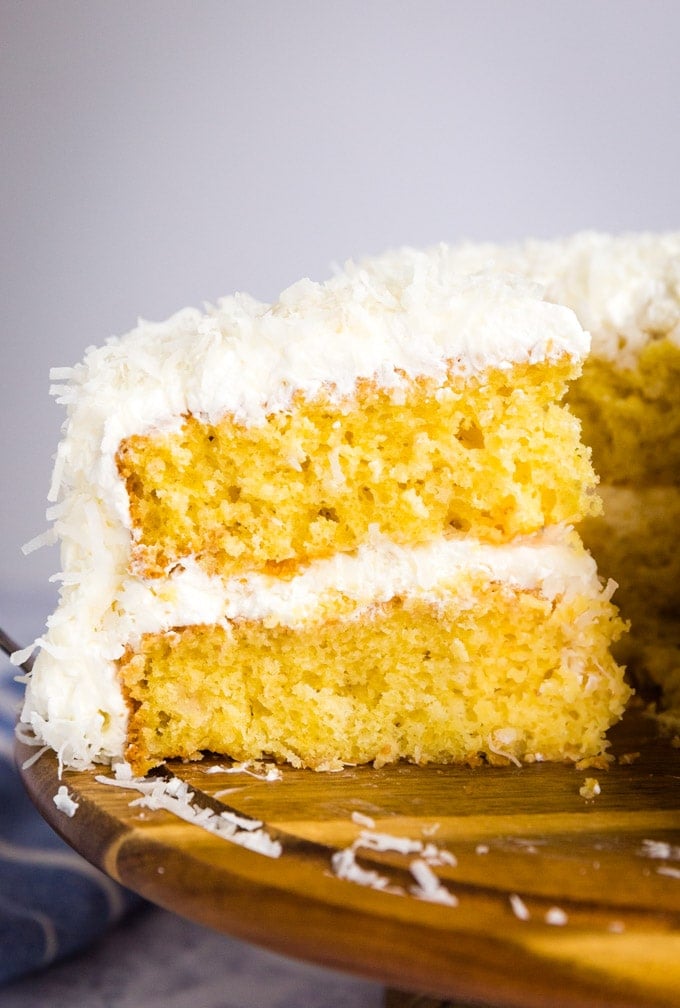 If you follow my blog then you probably already know that I live for a good cake mix hack. No don’t get me wrong, I love baking a cake from scratch as well. But a good cake mix hack can save time and yield fantastic results. Trust me, when I bring one of these to a party, everyone begs for the recipe.

So I figured why not add a coconut cake recipe into the mix? Now, I know coconut can be polarizing, but I love the texture that coconut flakes can bring to a dessert. And the flavor brings me right back to my honeymoon in Hawaii!

But I love that is one, in particular, is an easy coconut cake recipe. You take a white cake mix, you doctor it up with some other goodies and you’ve got yourself a cake with the most deliciously moist crumb. Coconut milk and coconut extract give this cake plenty of awesome flavors.

I opted to frost it with fresh whipped cream instead of buttercream because I really wanted this to be as light and fluffy as possible and because I wanted the coconut to take center stage. 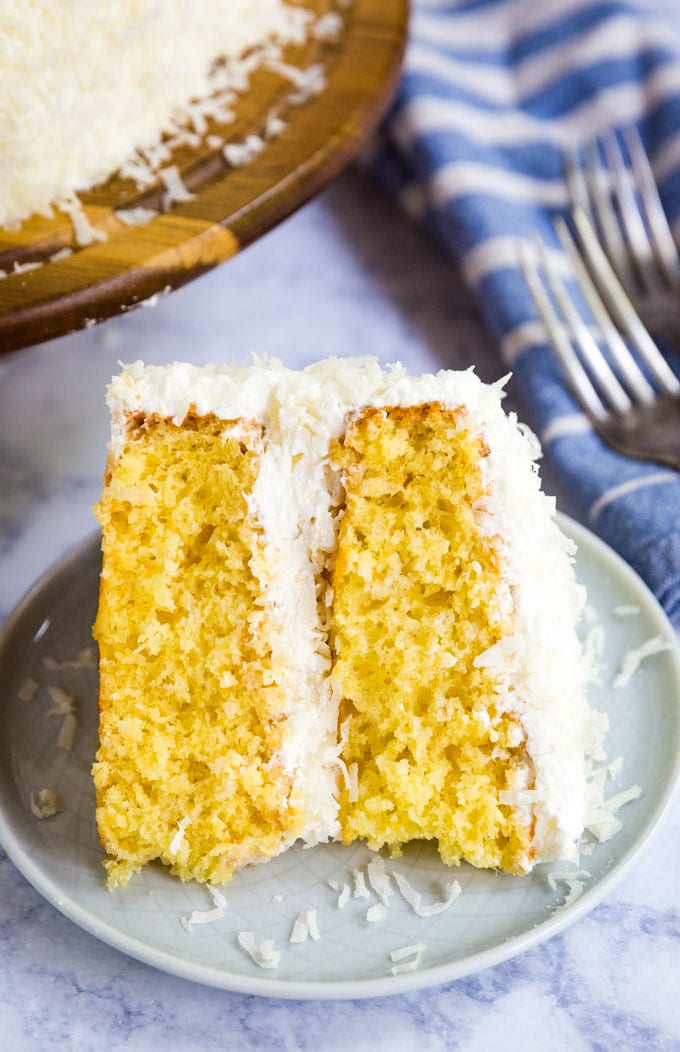 HOW TO MAKE COCONUT CAKE 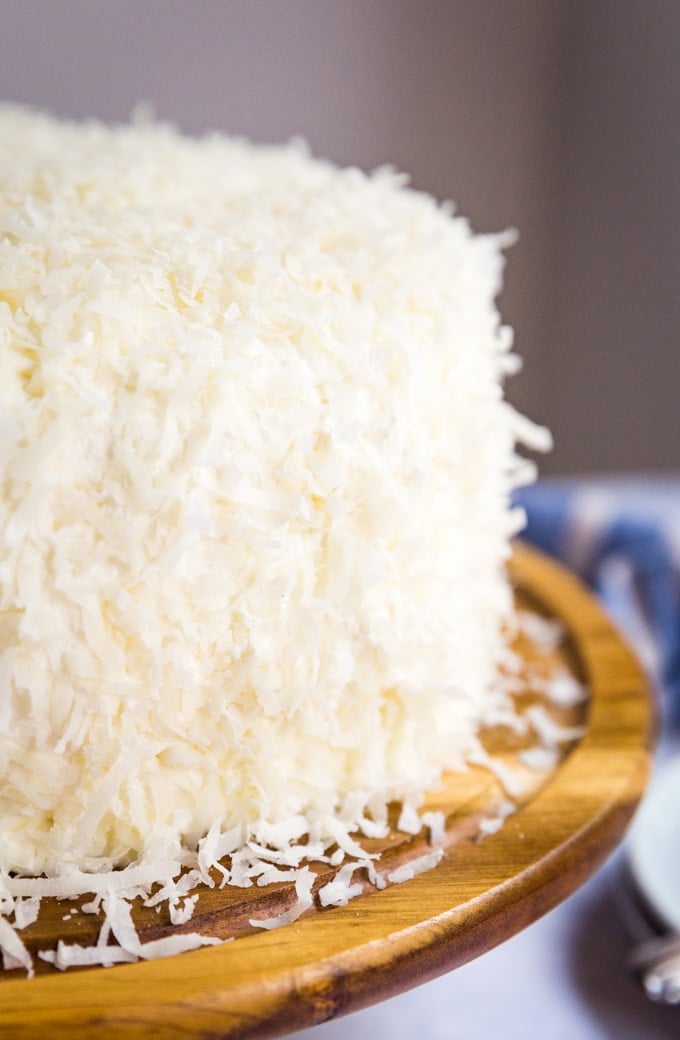 DOES COCONUT CAKE NEED TO BE REFRIGERATED?

Because of the whipped cream component in the frosting, I definitely recommend refrigerating this cake within two hours of serving. It will easily last 3-4 days in the fridge.

CAN YOU FREEZE COCONUT CAKE?

Yes! You can absolutely freeze this cake. I recommend wrapping individual slices in foil or plastic wrap, then in an airtight container. Freeze the cake slices for up to 4 months. 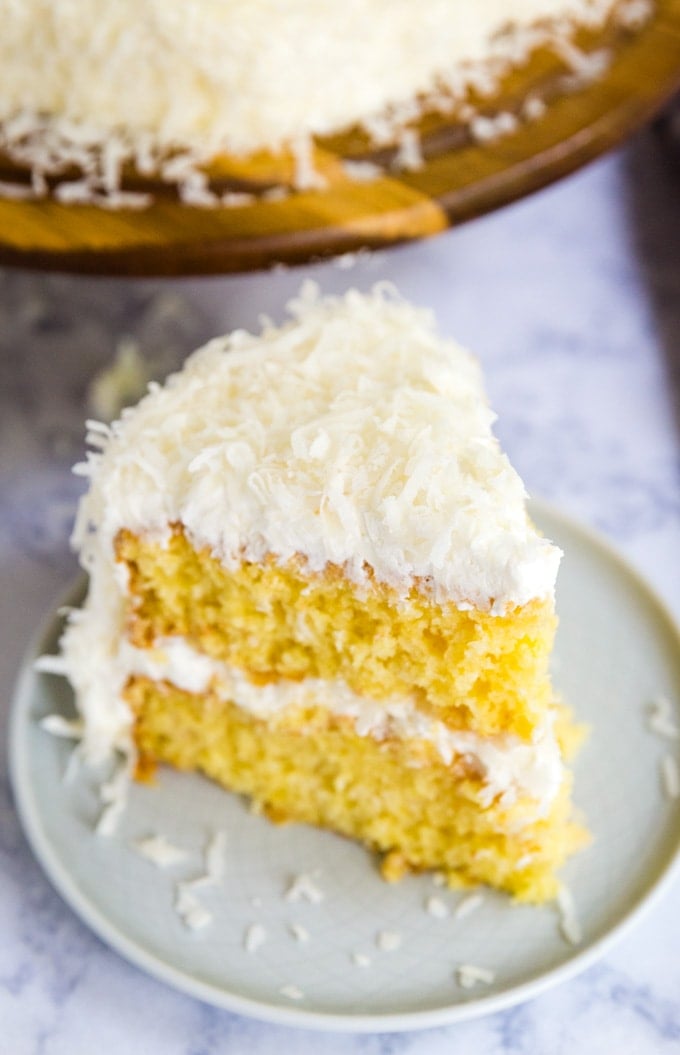 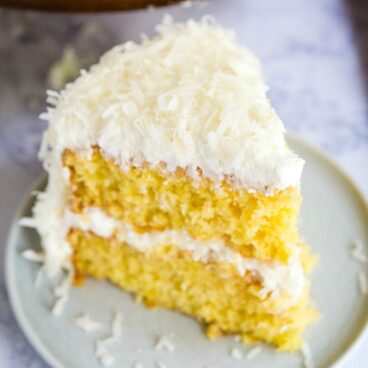 Jessy is a busy mom and wife. She blogs over at The Life Jolie, a place to talk about all things delicious, family-related and pretty.