These ultra-thick layered Nutella Brownies are absolutely irresistible! With a fluffy chocolate-hazelnut cheesecake mousse almost as tall as the brownie itself, you’re gonna need a fork for these babies! 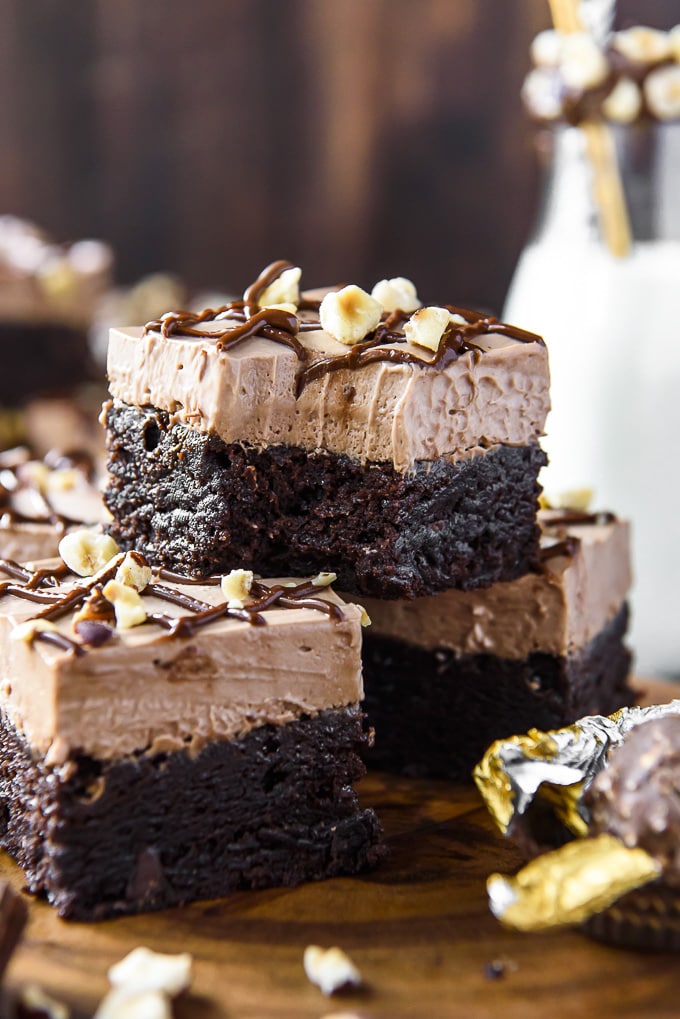 Honestly, I don’t think there is a better flavor combo than chocolate and hazelnut.

Chocolate and peanut butter are great, but peanut butter is already sooooo sweet. Hazelnut have such a lovely roasted flavor, and combining them INSIDE a chocolate spread is absolute heaven in a jar!

Thank goodness for Italy and their incredible invention of Nutella. 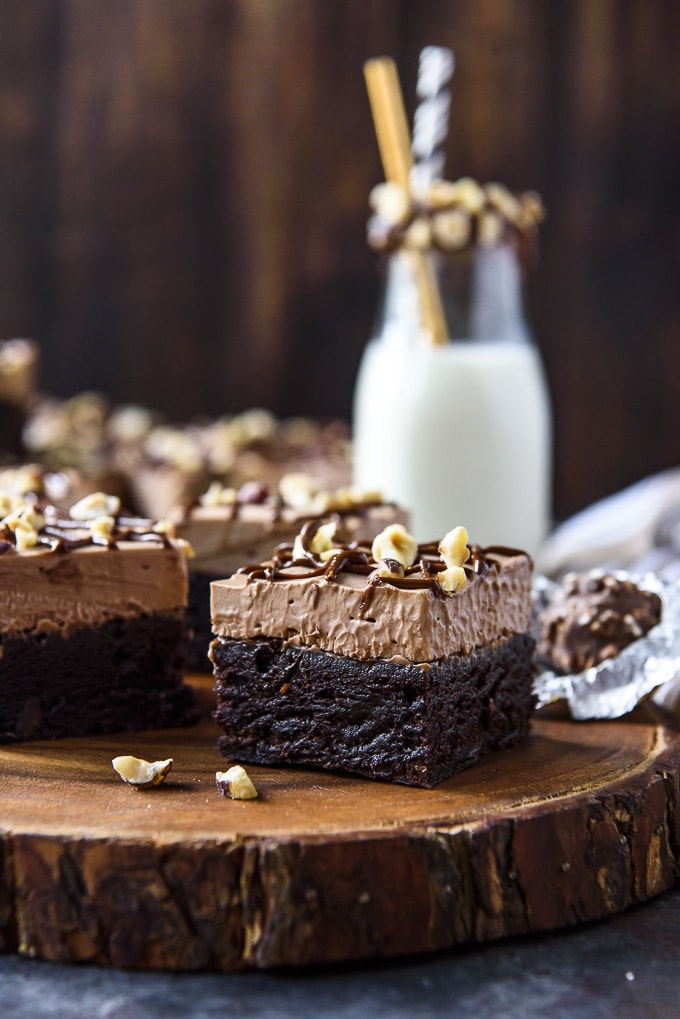 When I’m at a party with a huge dessert spread, you can bet that the first thing I grab is an ooey gooey brownie.

The thicker the better.

And, just to go against the grain, I usually try to fish out the middle piece. Those end pieces just aren’t for me.

When you’re craving a fudgy brownie, why would you want a crunchy, cakey corner? 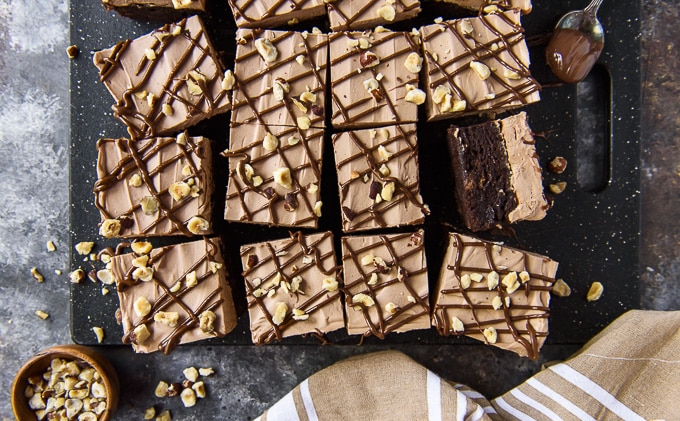 These Nutella brownies are the best of both, though!

I recommend baking them in the smallest pan you can manage – an 8×8 is perfect. It keeps them thick and fudgy, and since the final product is so rich, you’ll be eating a smaller slice.

Less guilt? Maybe not after you taste the Nutella frosting that goes on top.

It’s akin to a no-bake cheesecake – very fluffy, yet dense at the same time.

The frosting helps keep the entire pan of brownies moist and fudgy – but the corners are still perfect for those cakey lovers.

And the flavor! It’s so intensely Nutella, but you’ll definitely know you’re not just licking the spoon straight from the jar. 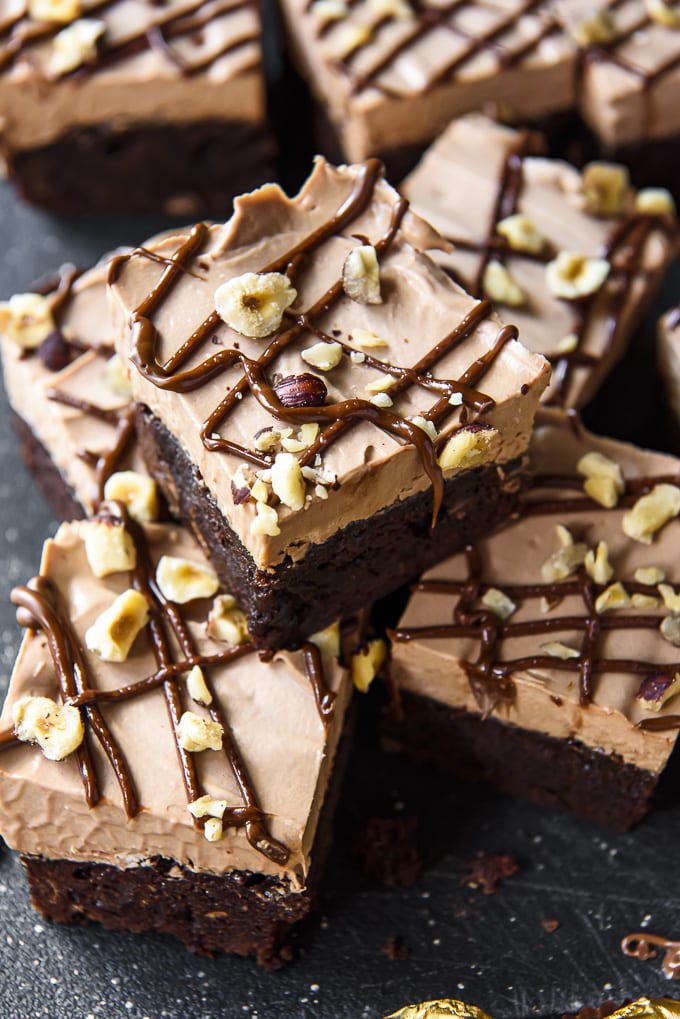 Whip up a batch of these Nutella brownies for your next party…or just because.

Because since when do you need a reason to eat an insanely delish brownie? 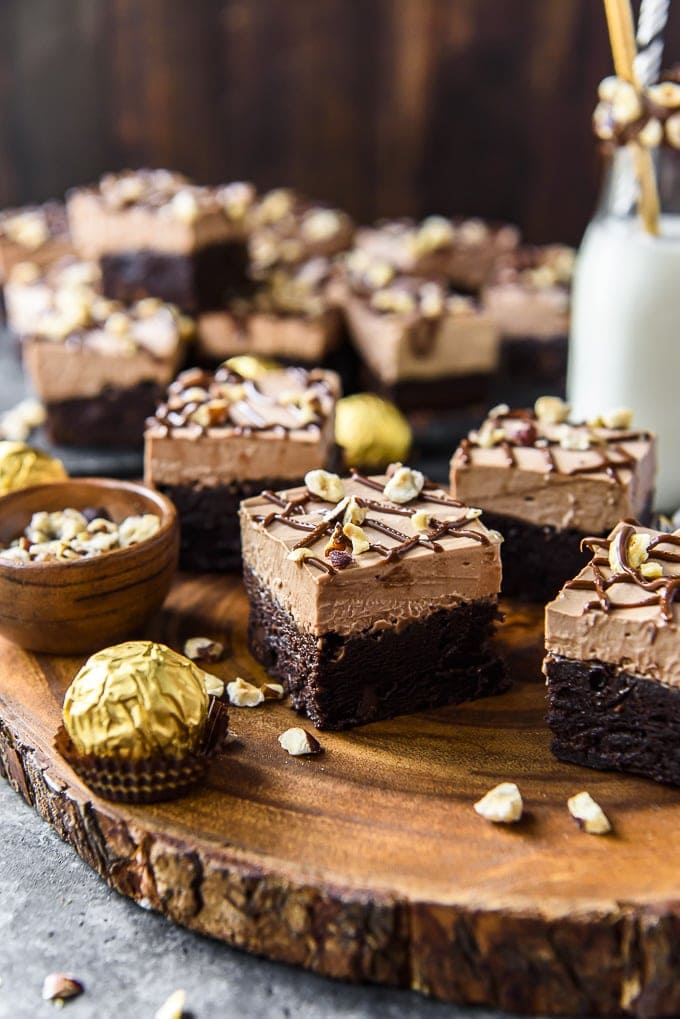 How To Make Nutella Brownies 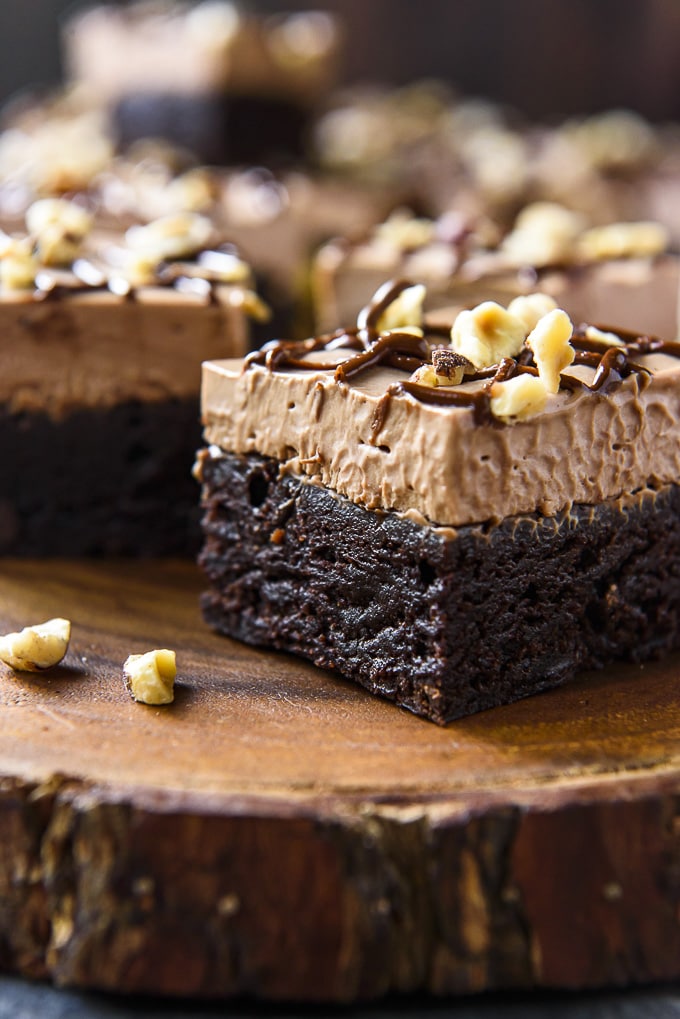 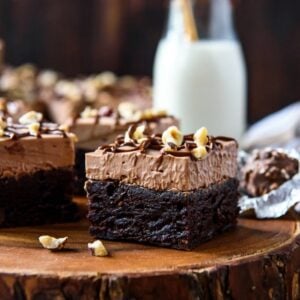