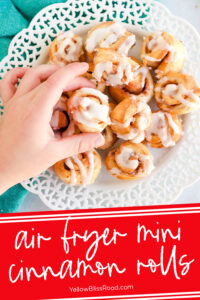 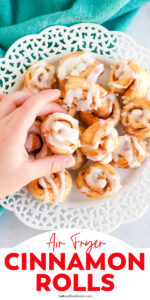 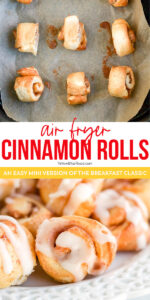 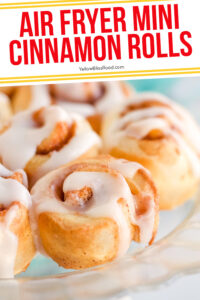 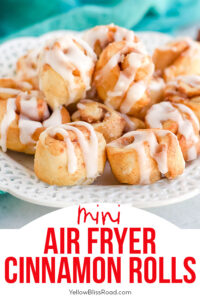 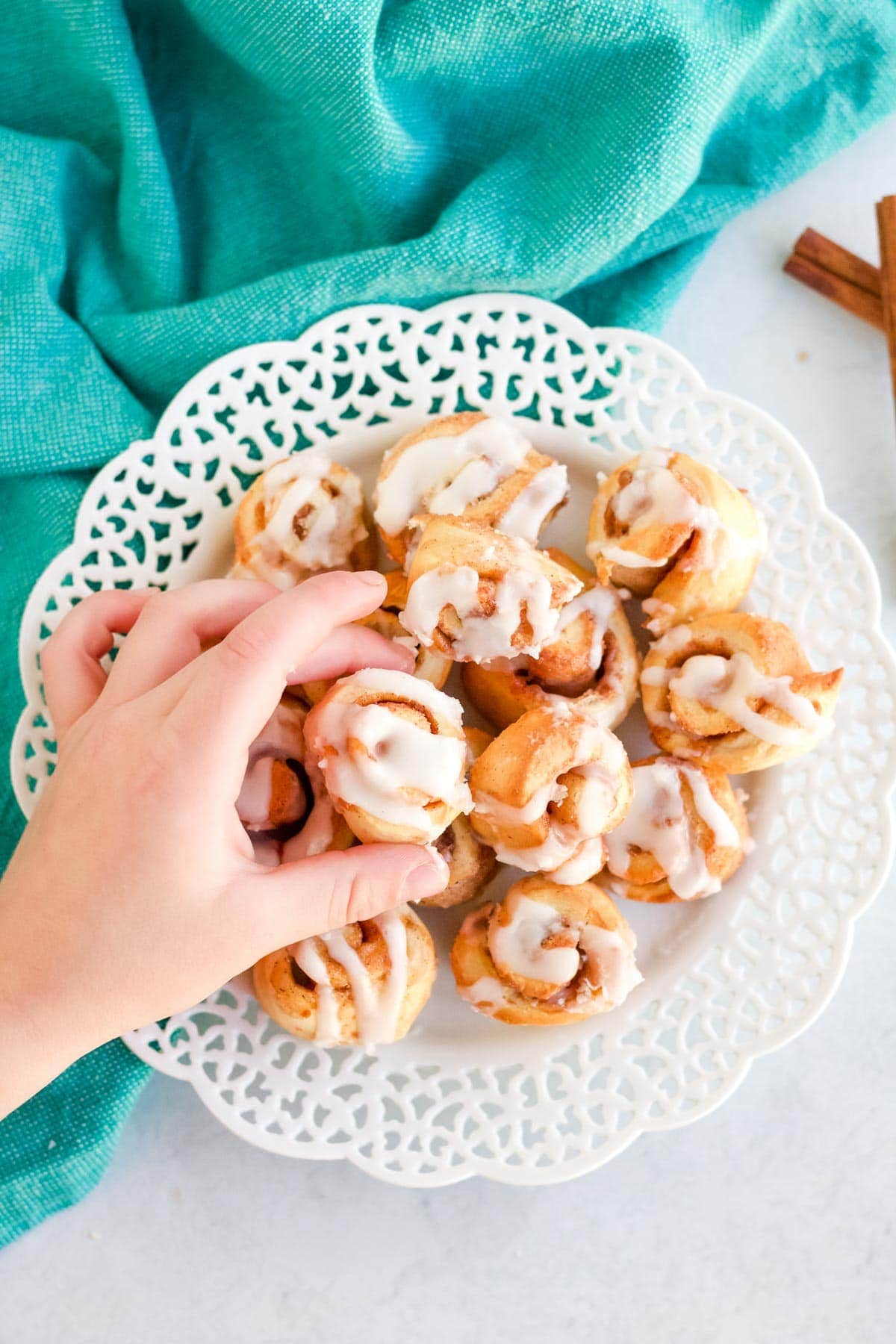 These air fryer cinnamon rolls are also great to get the kids involved. Have them help spread the cinnamon filling and roll up the logs. A fun weekend morning family activity.

Making cinnamon rolls in the air fryer takes just a few minutes to prep and about 5 minutes to cook. Not to mention only a few simple ingredients.

Prep: Mix the cinnamon and brown sugar together.

Shape the Mini Cinnamon Rolls: Roll the crescent dough into a rectangle (pinch and seal the perforated cuts) and cut the rectangle in half. Spread the cinnamon filling on both halves and tightly roll each into a log. Cut each log into 12 cinnamon rolls using a sharp, serrated knife.

Air Fry: Add the parchment paper to the air fryer basket and add the cinnamon rolls (seam side up). Be sure to leave a little space in between each one – working in batches if needed. Air fry until the crust is golden brown. 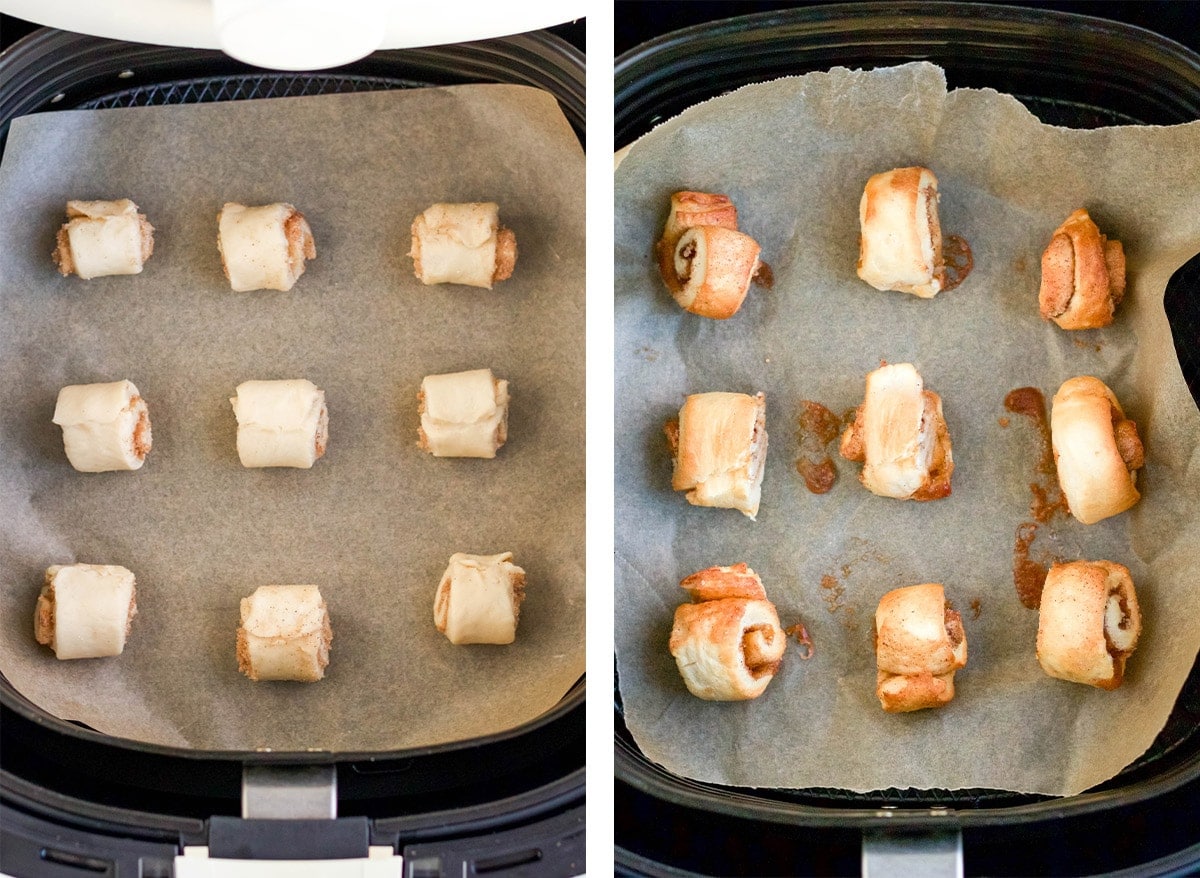 Top with Icing: Mix together the melted butter, milk, and powdered sugar to make the icing. Drizzle over the cinnamon rolls and enjoy! Feel free to adjust the amount of milk and/or sugar to your desired level of sweetness and thickness.

Leftovers and Storage: Leftover cinnamon rolls can be stored in an airtight container in the fridge for 3 days.

Reheating: The mini cinnamon rolls can be reheated in the microwave, but for best results I recommend reheating in the air fryer. Air fry at 300°F for 2-3 minutes, or until warmed. 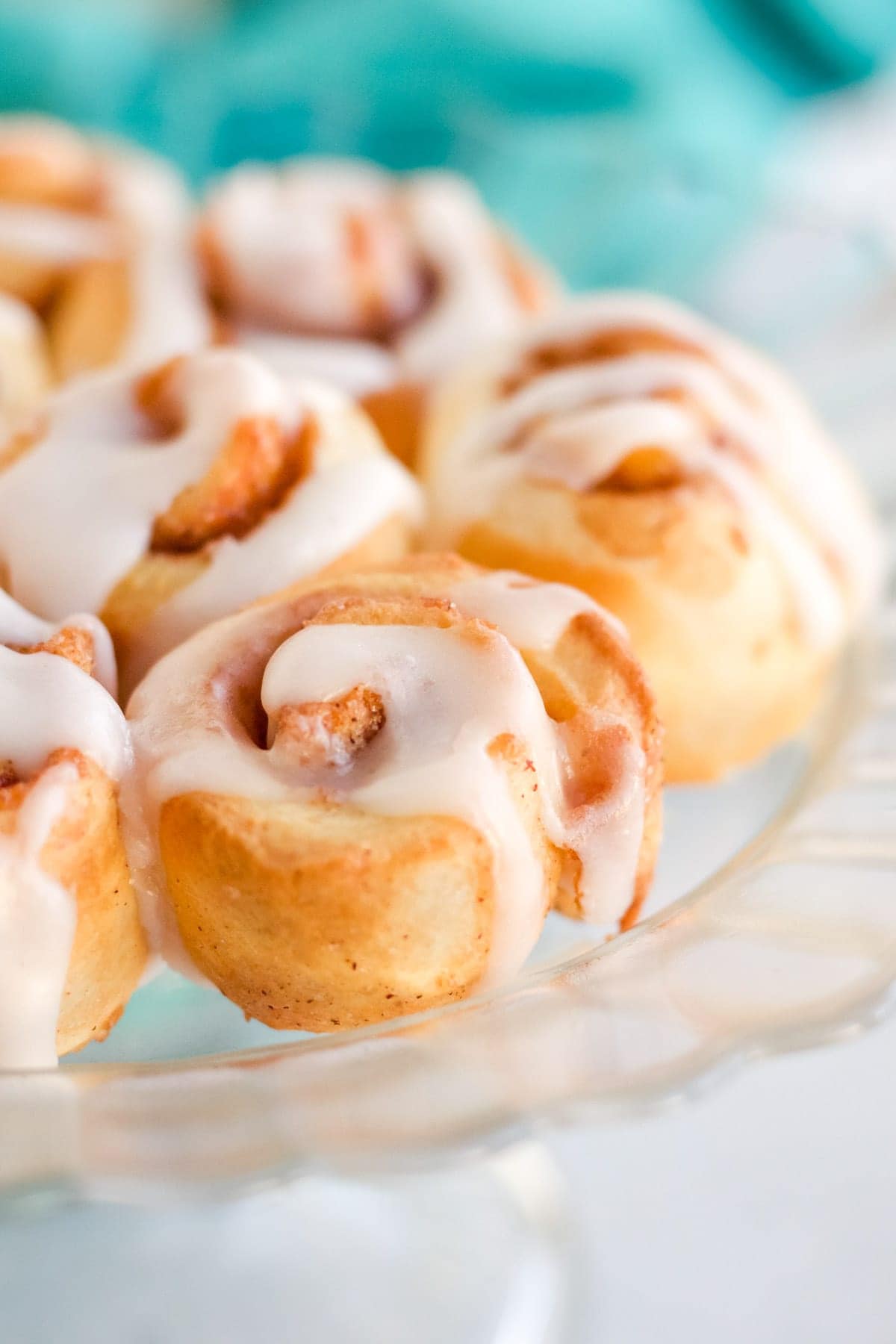 Air Fryer Cinnamon Rolls are such a fun treat for a weekend breakfast or even holiday brunch!

Try pairing them with an egg dish for a complete and filling meal. Like this Ham and Cheese Quiche or Smoked Sausage Breakfast Casserole. Or keep with the finger food theme and make these easy and customizable Baked Egg Muffins

Of course, breakfast needs bacon! I love cooking bacon in the oven. Less mess and no splatter on the stove. And it takes 15 minutes to cook, so pop the bacon in the oven then make the cinnamon rolls in the air fryer.

Can these be made in the oven?

If you don’t have an air fryer, you can also bake these crescent cinnamon rolls in the oven. Roll and slice the cinnamon rolls like normal then place on a parchment-lined baking sheet. Bake in a preheated 350°F oven for about 10 minutes – until golden brown. 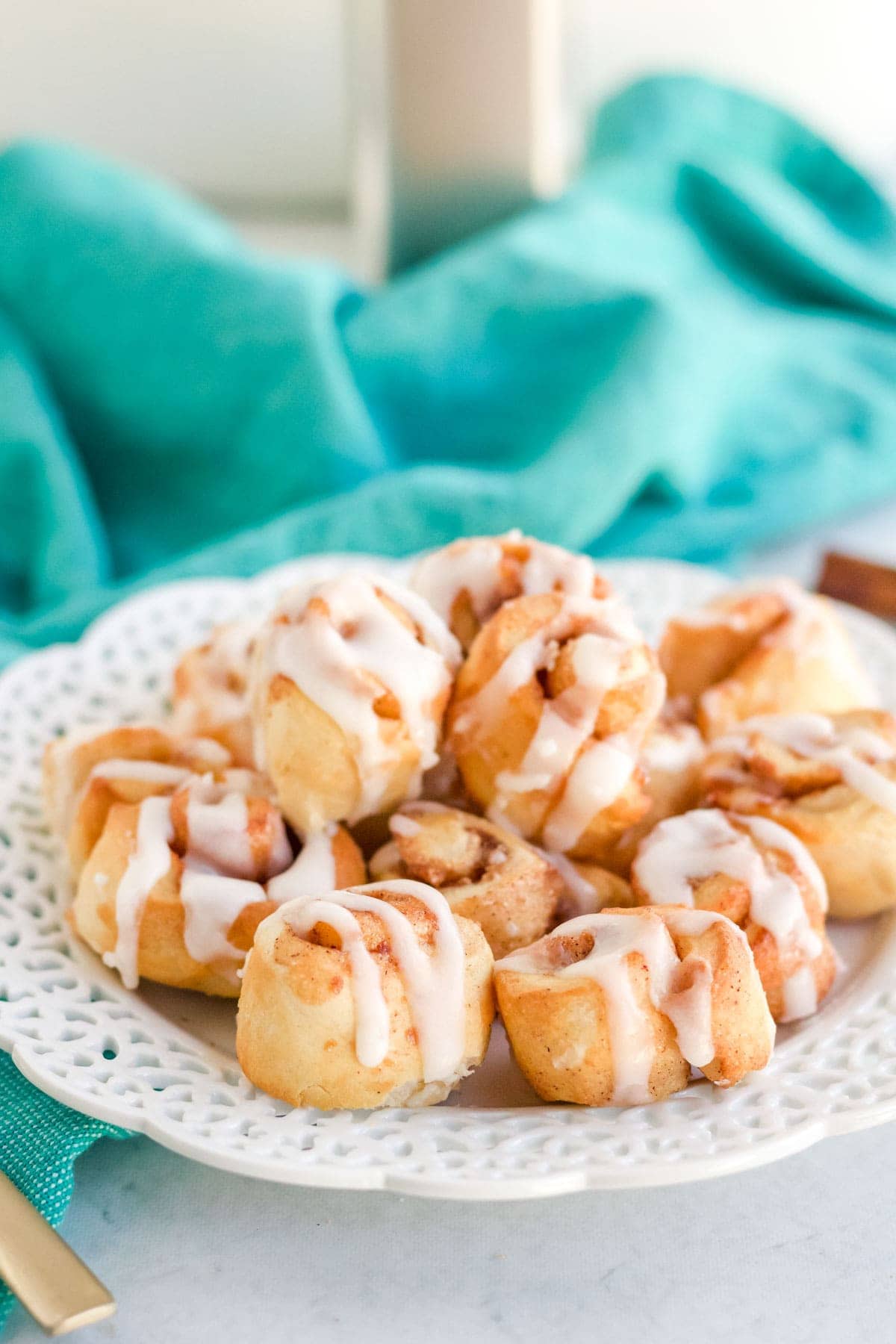 Can you cook Cinnamon Rolls in the Air Fryer?

You can cook store-bought canned cinnamon rolls in the air fryer as well! Add the cinnamon rolls to your air fryer (with space in between) and air fry at 325°F for about 10 minutes until golden brown. Then remove and top with the icing. Obviously since these are full size, you can’t make quite as many at a time and you kind of lose the cuteness of the mini rolls, but hey, you do you. 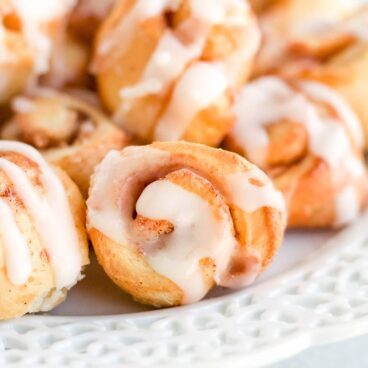 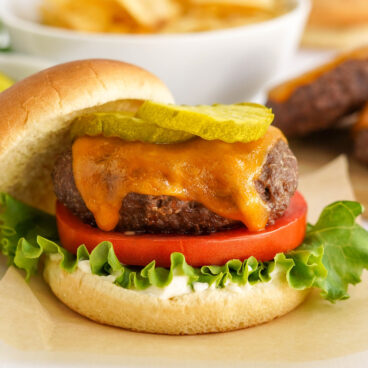 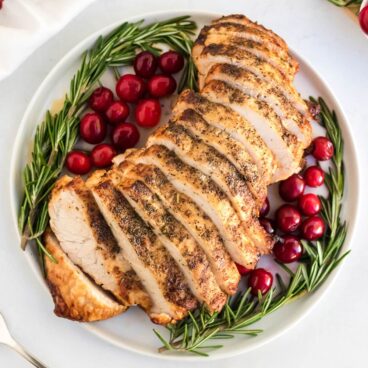 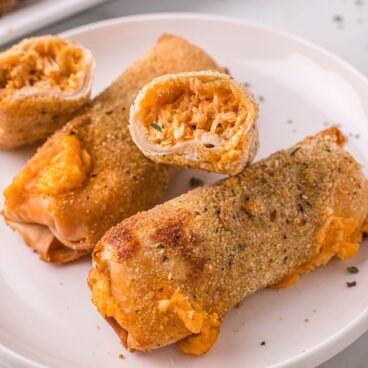 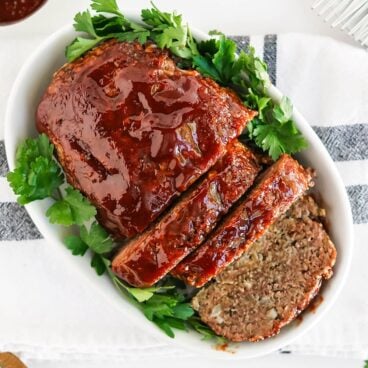