Chicken and Dumplings are a classic comfort food sure to satisfy your soul! Perfect for weeknight meals or Sunday supper with the family! 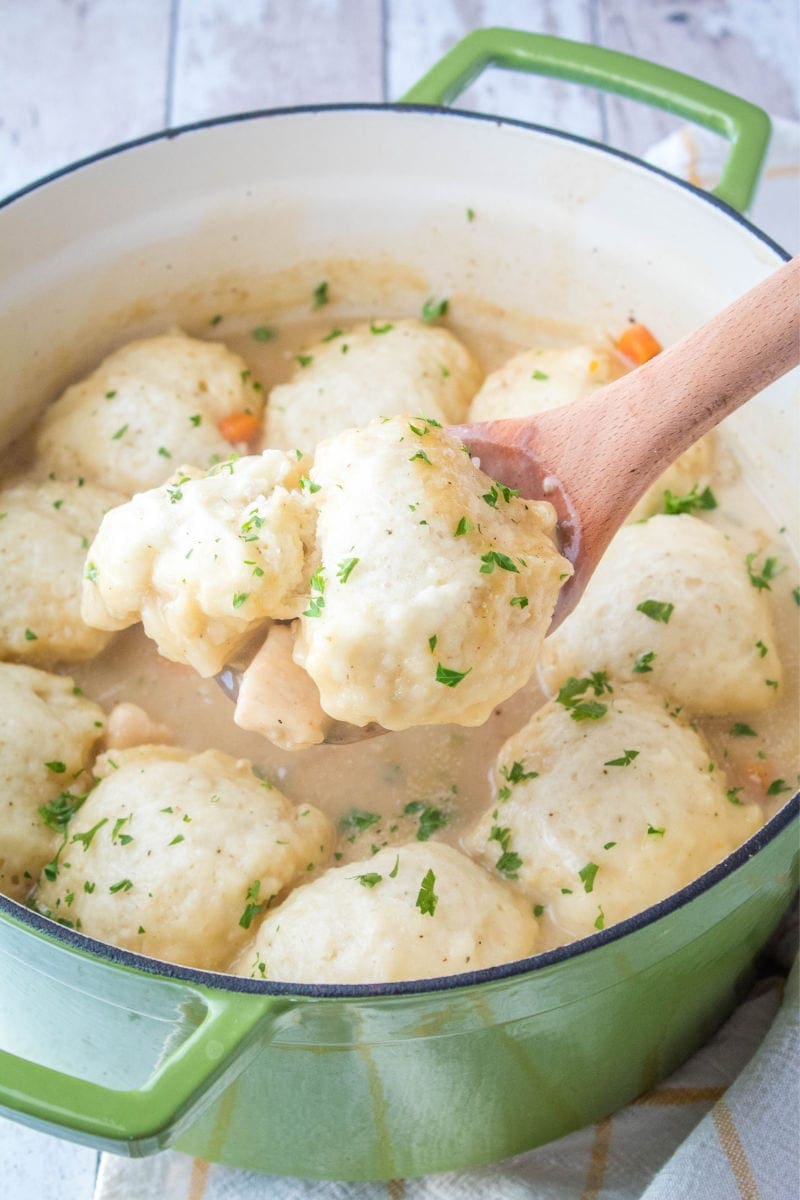 When it comes to dinners my whole family loves, Chicken and Dumplings is right up at the top of the list. It’s easy to make, so comforting, and my kids are all about the dumplings. Those fluffy little bites of happiness are the perfect complement to the creamy soup. This dish is great for a weeknight meal that’s sure warm your soul.

Once you see this recipe you’re going to think “that’s a lot of ingredients,” but I promise it’s not. Really. There are three parts and I’ve got some optional shortcuts, too.

Want to save 10 minutes or prep and cook time on the chicken? Grab a rotisserie chicken and shred it while the veggies cook! Save another 5 minutes by prepping your veggies the previous night, or over the weekend when you do your other meal prep for the week. That’s 15 whole minutes you can get back if you like! You’ll be amazed at how simple it is to put together this one pot meal. 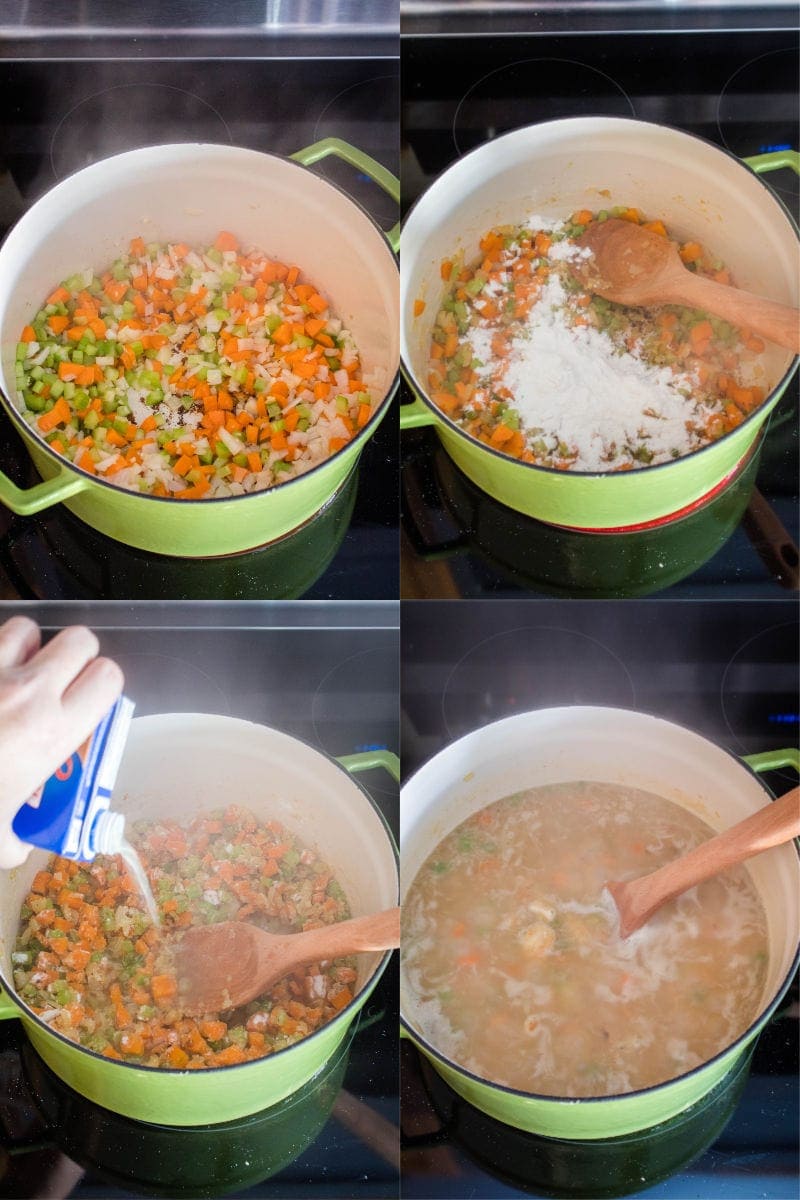 HOW TO MAKE CHICKEN AND DUMPLINGS

There are 3 basic parts to this recipe – the chicken, the soup, and the dumplings. The best part is that you have options to simplify the process and cut down on some of the prep too.

The recipe you’ll see below calls for you to cook the chicken in some flour and seasonings. You can do this – it only takes about 10 minutes – or you can use pre-cooked chicken. Pick up a rotisserie chicken at Costco or the grocery store and pick off the meat until you have about 3 cups. 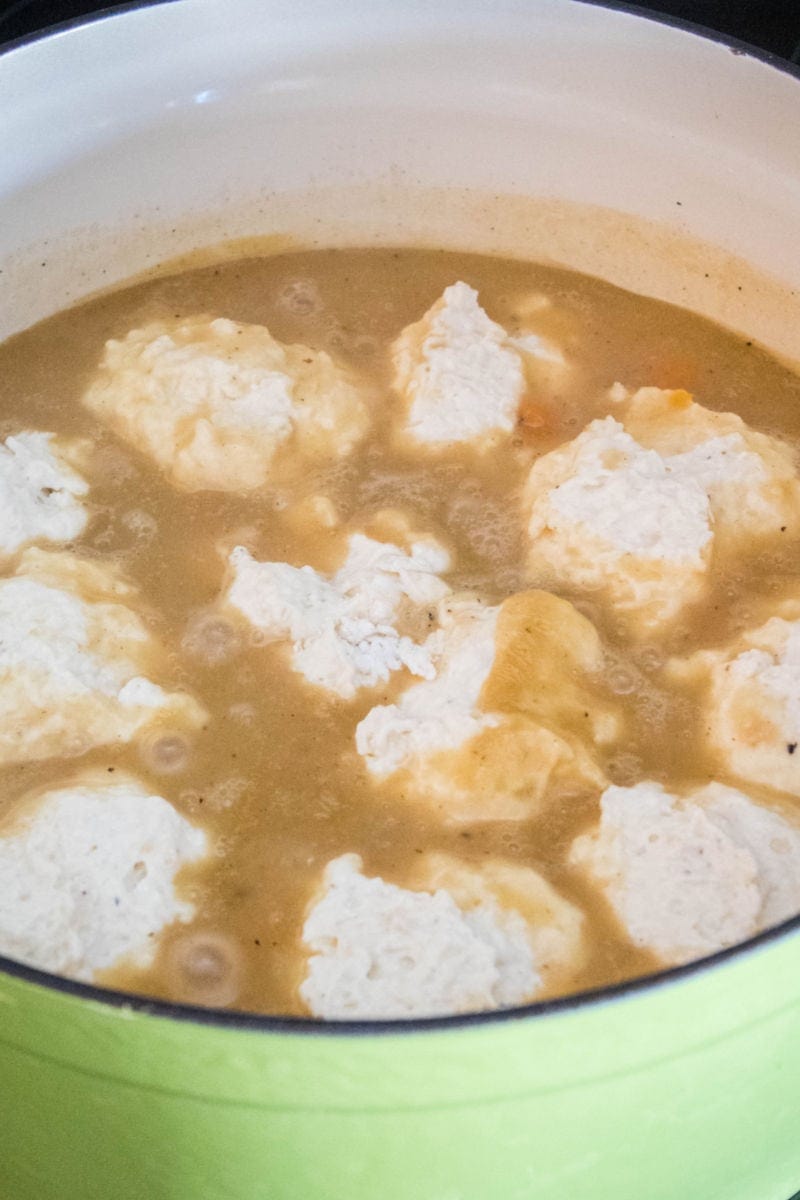 HOW TO MAKE DUMPLINGS

There is some debate as to the dumplings when it comes to making chicken and dumplings. Some people like the fluffy ones and some people prefer flat “noodle” style dumplings. I’ve had both and they’re both tasty. But give me a big fluffy dumpling coated in thick soup and simmered with chicken and veggies and I am just the happiest girl!

What goes good with Chicken and Dumplings?

Since this recipe is kind of an all-in-one dish, you don’t really need a side dish to go with it. That being said, salads are a great options to fill out your meal.

My favorite thing about this recipe is that it reheats well. Bring some to work the next day or have a cook once and eat twice meal for two! Store leftover chicken and dumplings in an airtight container in the fridge for up to 3-4 days.

Chicken and Dumplings can be frozen for up to 6 months. Thaw completely before reheating on the stove or in the microwave. 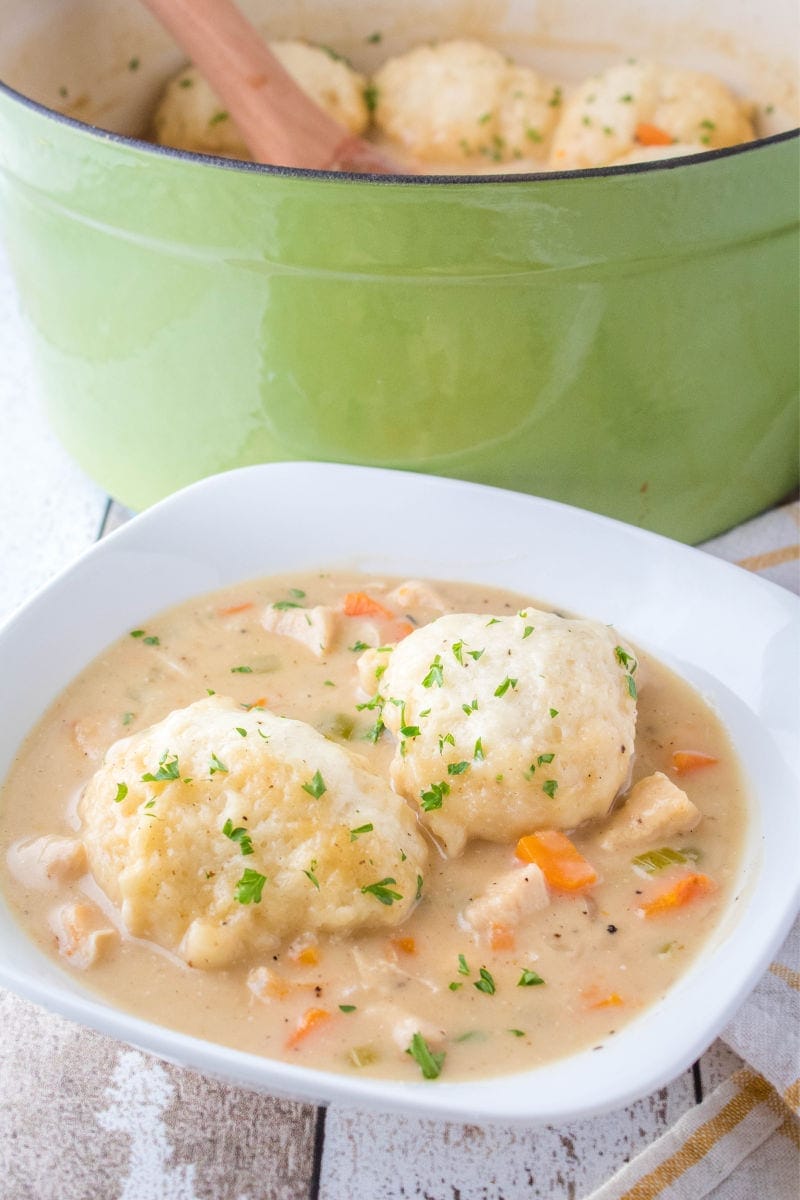 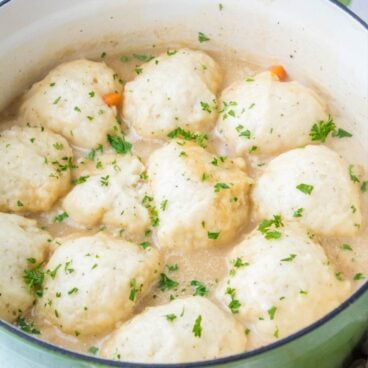 Check to see if your dumplings are done after 15 minutes. Remove one from the pot and cut open to make sure they are not still raw inside. If they are, recover the pot and cook for another 5 minutes.

Calories: 397kcalCarbohydrates: 43gProtein: 16gFat: 18gSaturated Fat: 12gCholesterol: 57mgSodium: 1158mgPotassium: 604mgFiber: 2gSugar: 4gVitamin A: 3886IUVitamin C: 15mgCalcium: 138mgIron: 3mg
Have you tried this recipe?
Let us know how it was by leaving a review or sharing on Instagram with the tag #yellowblissroad