Chocolate Covered Banana Pudding Cups take a classic combo of bananas, vanilla pudding and vanilla wafers and layers them with chocolate sauce and peanut for a unique spin on two old favorites! 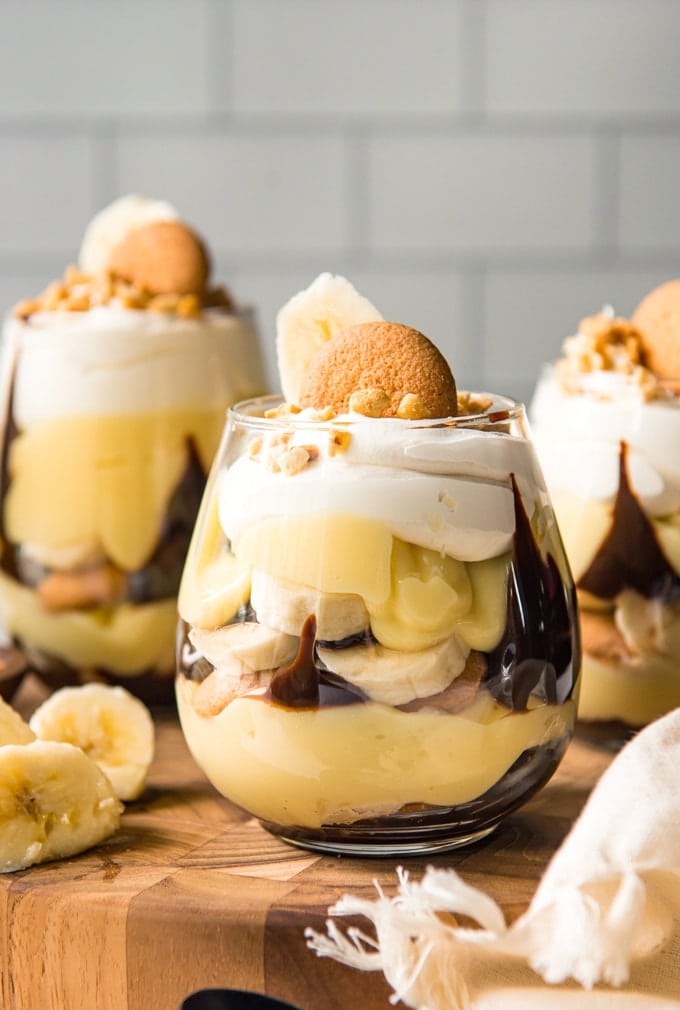 There is something to be said for sweet nostalgia. Childhood favorites that bring back memories of an innocent time when kids actually played outside and were not always glued to a screen.

Banana Pudding is one of those favorites.

I can say with complete certainty though, that THIS recipe, he loves. It tastes very reminiscent of a frozen banana at Disneyland! You know the favorite treat of a frozen banana dipped in chocolate and sprinkled with peanuts. These pudding cups taste like you dipped a frozen chocolate covered banana in vanilla pudding and whipped cream. The best of both treats!

What is banana pudding?

Banana pudding is made up of layers of creamy vanilla pudding, sliced bananas, Nilla wafers and whipped cream (or Cool Whip). It is often served in a trifle dish or casserole dish. It is served cold, and chilled for several hours to soften the cookies.

Can you make them in advance?

You should make these banana pudding cups at least two hours in advance to give the cookies time soften; and up to 24 hours in advance. Cover the cups with plastic wrap and chill them in the fridge. Add the whipped cream and garnishes just before serving.

How long will they last in the fridge?

I recommend enjoying your chocolate covered banana pudding cups within 24 hours. Leftovers may still good good one more day but beyond that the cookies will be pretty mushy and the bananas brown.

More no bake desserts to try: 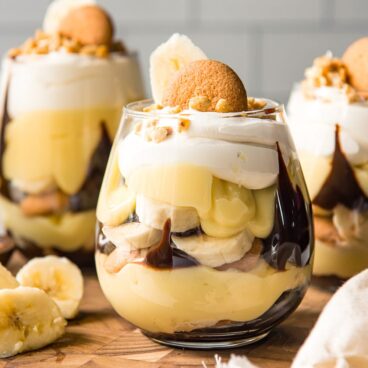 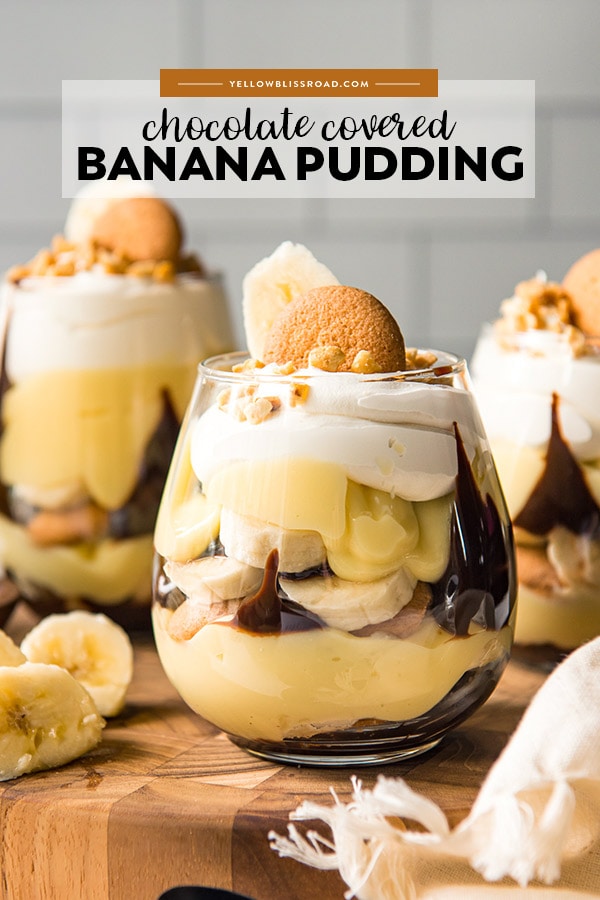 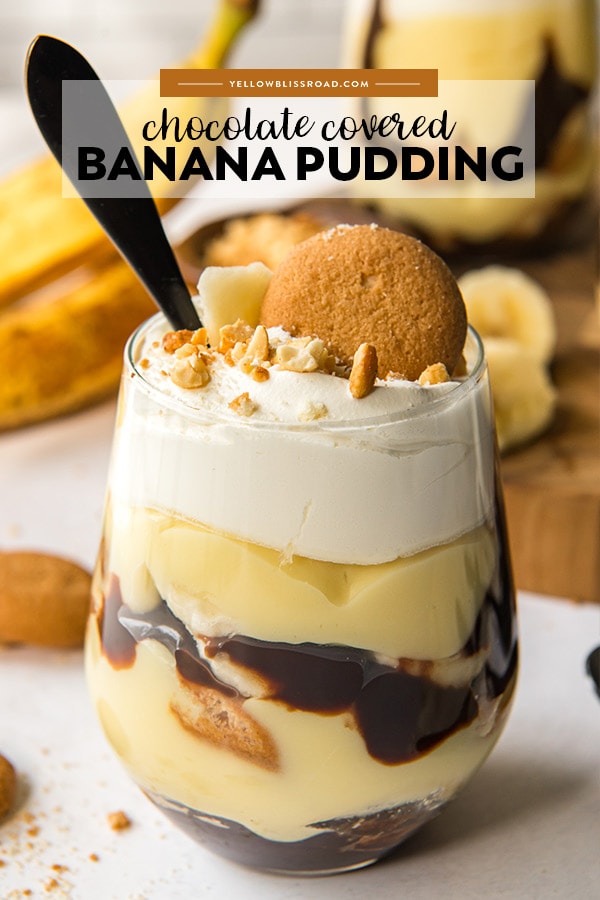