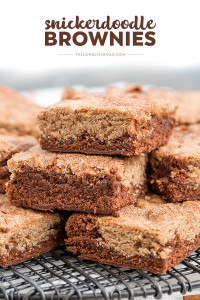 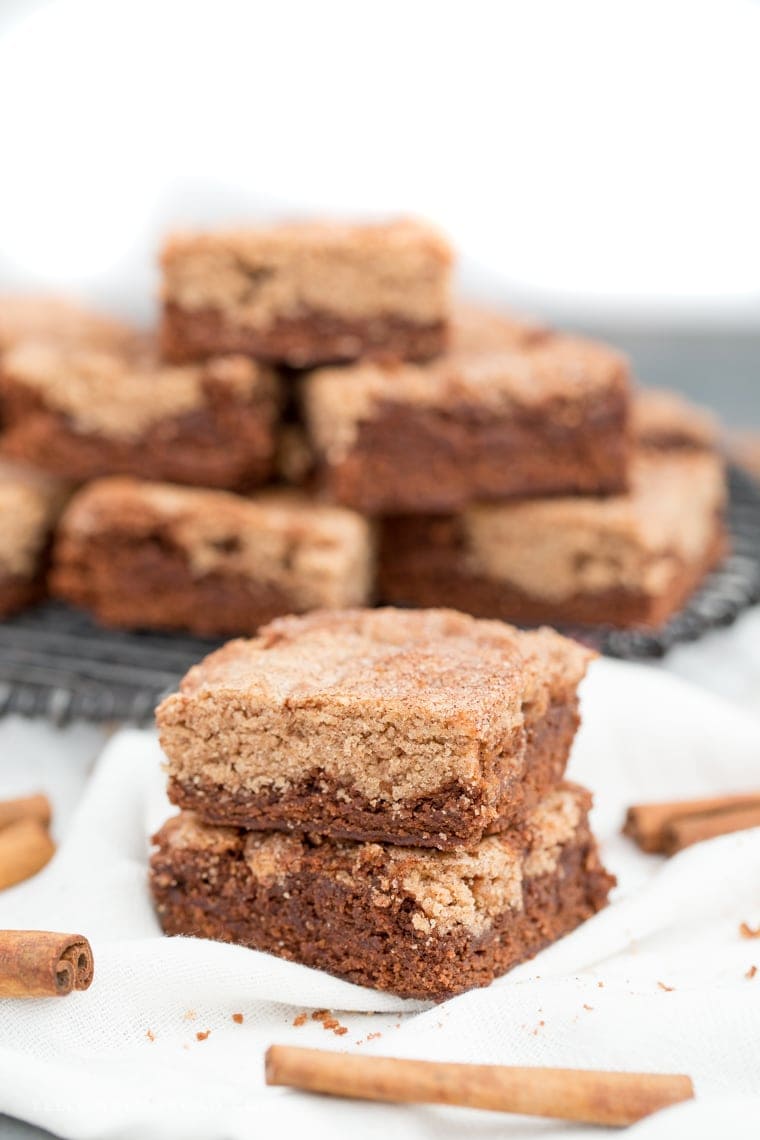 I am not typically a “sweets” person. I will take a bowl of salty popcorn over ice cream pretty much any day of the week. If I had to pick a favorite sweet snack though, it would be brownies, with Snickerdoodles running a close second. 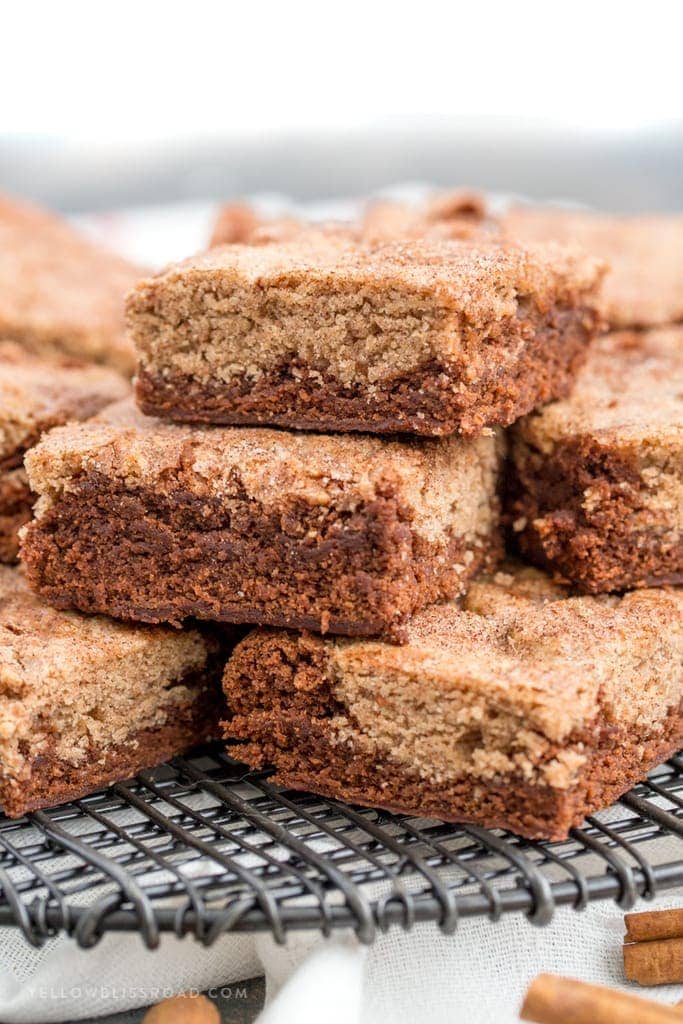 SNICKERDOODLE BROWNIES ARE THE ULTIMATE MASH-UP!

I had this brilliant idea a while back to mash the two together to make Snickerdoodle Brownies. I pondered on it for a while, and kept putting it off because I wasn’t sure the flavors and textures would pair well together or that it would be too time consuming to test out.

Well all that went to the wayside when I finally put my grand Snickerdoodle Brownies idea to the test. They are THE BEST BROWNIES I’ve ever eaten.

HOW TO MAKE SNICKERDOODLE BROWNIES

I used my favorite One Bowl Brownie recipe for the base, and changed up my favorite Snickerdoodle Cookie Bars recipe to make the batter a little less thick.

Pour the brownie batter into an 11×7-inch baking dish that’s been lined with parchment paper, then drop teaspoons of the Snickerdoodle batter all over. The Snickerdoodle batter will be too thick to spread over the brownie batter, so give the batters a gentle swirl with a sharp knife. The final touch was a generous coating of cinnamon sugar all over the top. It adds a lovely, sweet crunch when baked. 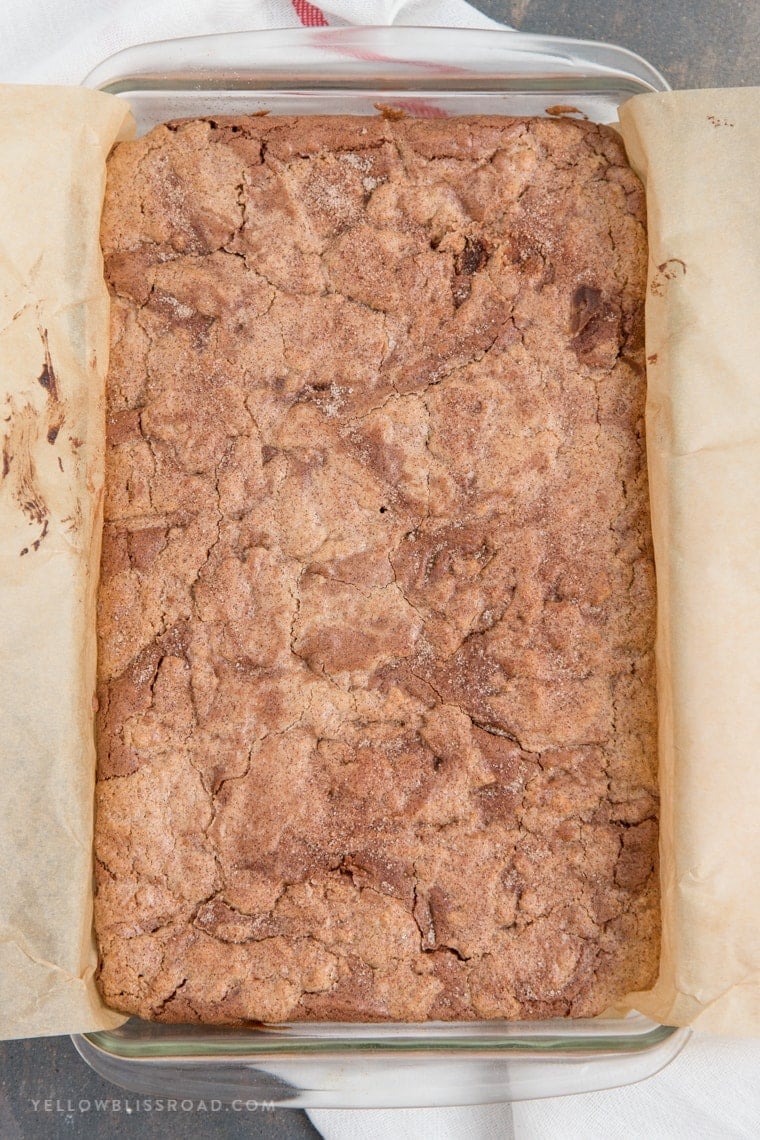 The layers of Snickerdoodle Cookie and chocolately brownies are beautiful, and they have the flavors of a Mexican Hot Chocolate. Chocolate and cinnamon isn’t a pair that you might think to use often, but for these Snickerdoodle Brownies, it was positively amazing. 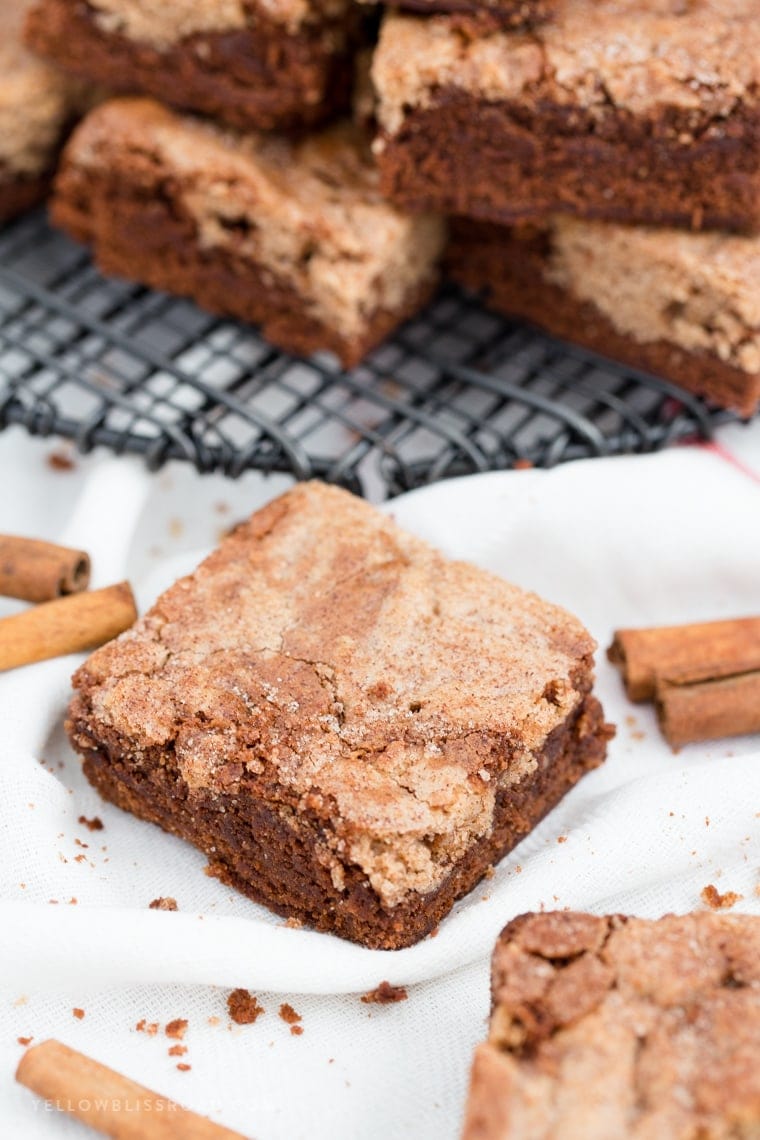 Here are some more Snickerdoodle treats to try:

And here are some more delicious brownie recipes:

Parchment paper – I prefer parchment to foil; it’s just easier to work with and is just as nonstick. Plus it just looks prettier!

11×7-inch Baking Dish: Lots of recipes from casseroles to cakes call for a 11″x7″ baking dish, so this glass baking dish is a good staple to have in your kitchen.

Small, sharp knife – Larger than a paring knife but smaller than a chef knife, this 4 ½ inch utility knife is perfect for swirling the batter, or chopping smaller fruits and veggies. 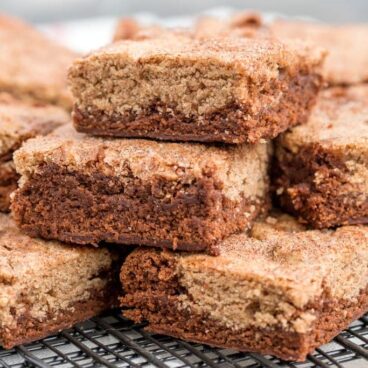 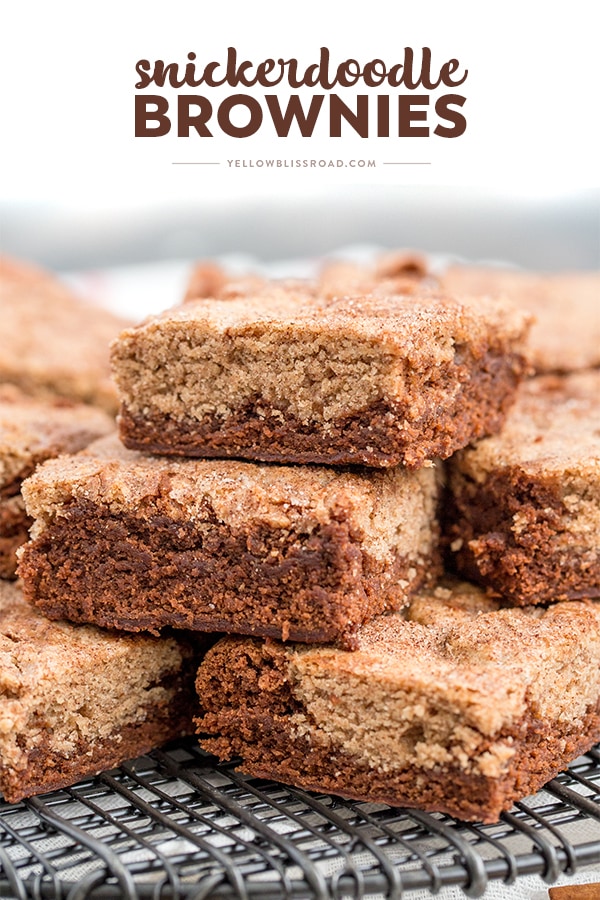 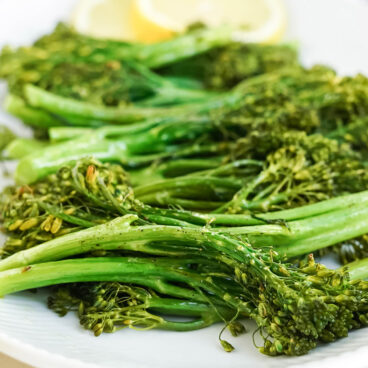 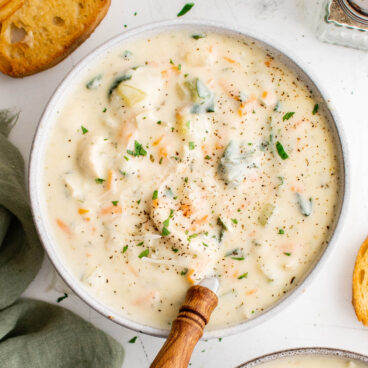 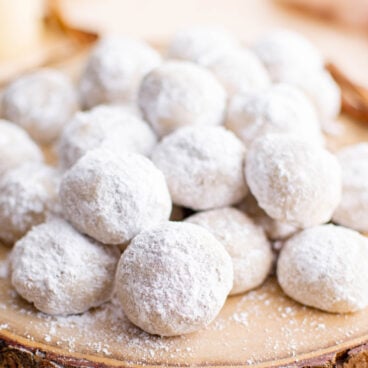 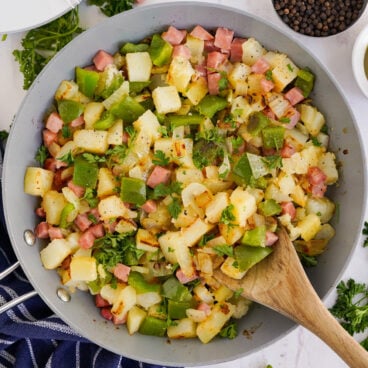 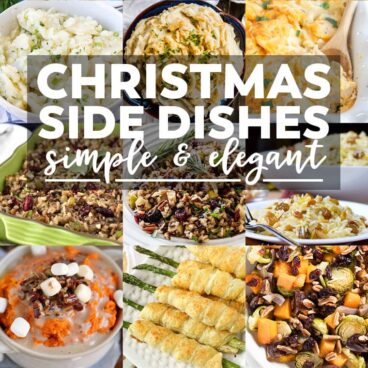 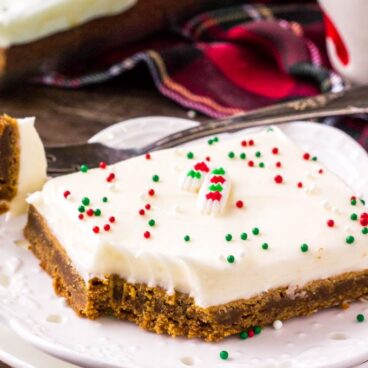 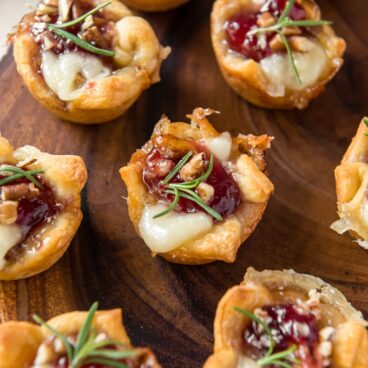 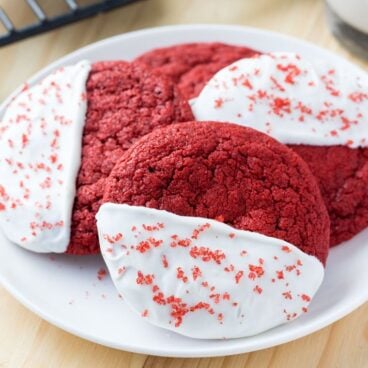