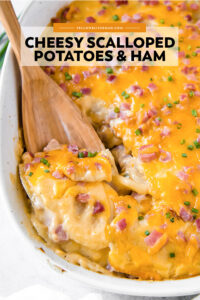 Cheesy Scalloped Potatoes and Ham is an easy leftover ham and potato casserole that’s smothered in a creamy homemade cheese sauce. It can easily be served as a side dish or as the main event.

We make a ham just once of twice or year but I kind of wish we would do it more often. We love to use leftover ham to our Ham & Cheese Biscuits or One Pan Ham & Cheese Tortellini. 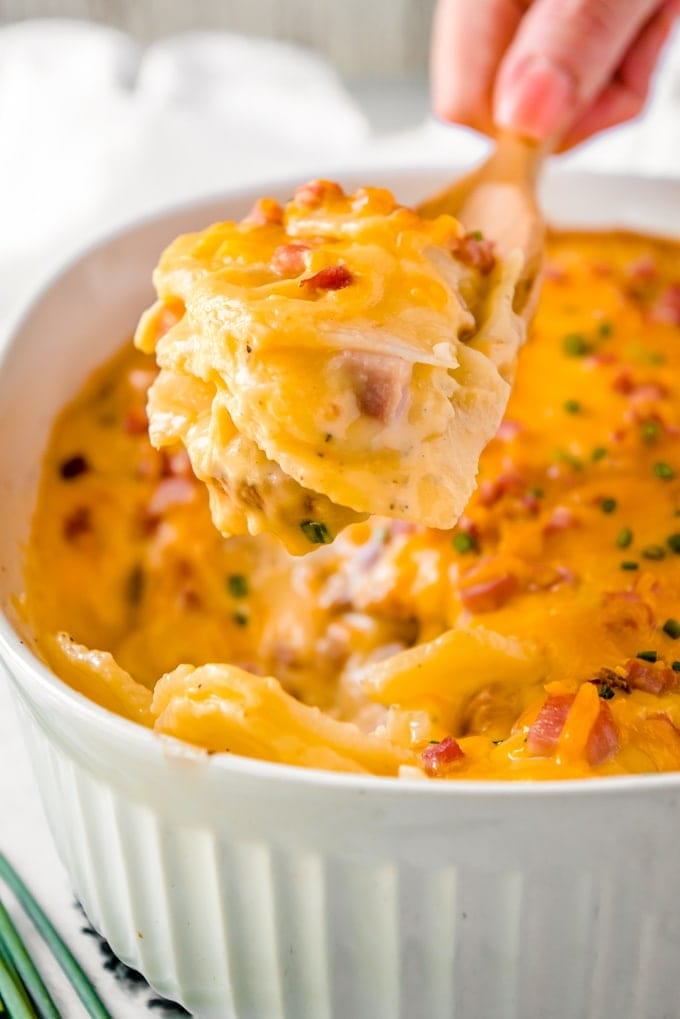 Cheesy Scalloped Potatoes and Ham is an easy casserole made with a homemade cheddar cheese sauce and baked to creamy, bubbly perfection. It’s my grandma’s recipe cheesy potatoes recipe and we’ve been making it in our family for longer than I’ve been alive.

What’s the difference between AU GRATIN POTATOES and SCALLOPED POTATOES?

For me, this is a bit of a technicality. Scalloped Potatoes are made with a creamy sauce while au gratin potatoes are covered with cheese. However, since we kind of combine these two methods, I feel confident calling the Cheesy Scalloped Potatoes. Plus, that’s what Grandma always called them, and we don’t mess with Grandma! 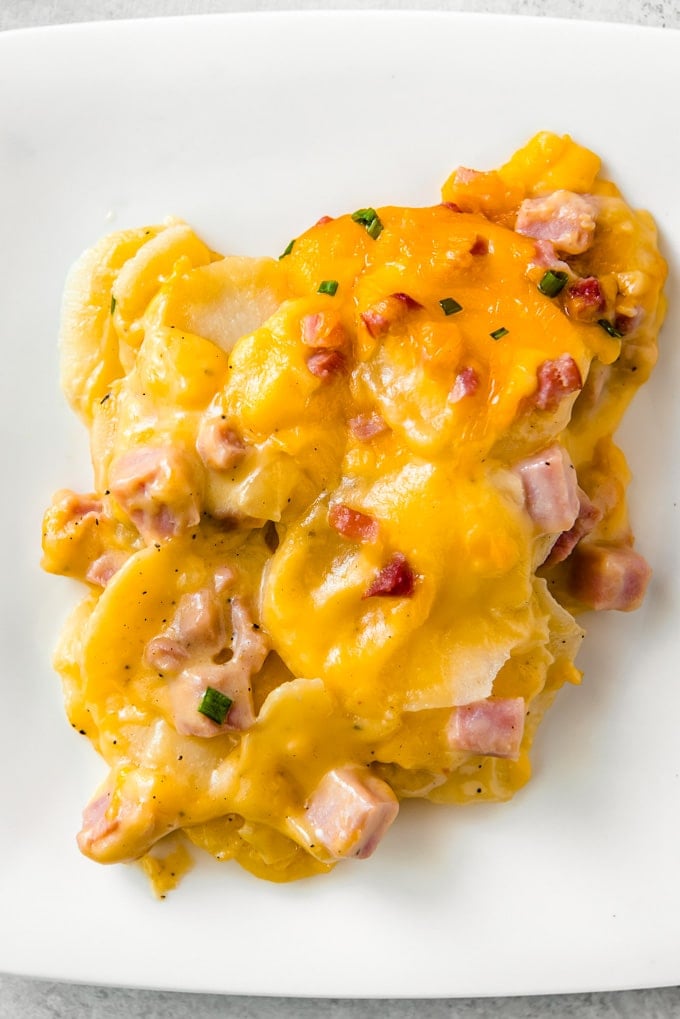 How to make scalloped potatoes and ham casserole

I love this recipe because it’s so easy and tastes incredibly rich and creamy and salty – better than any cheesy potato casserole I’ve ever had. Ham and cheese is undeniably one of the most perfect combinations and they fit together so well in this casserole  That could be due to the massive amounts of fresh Cheddar cheese in the rich, creamy sauce, but who knows? 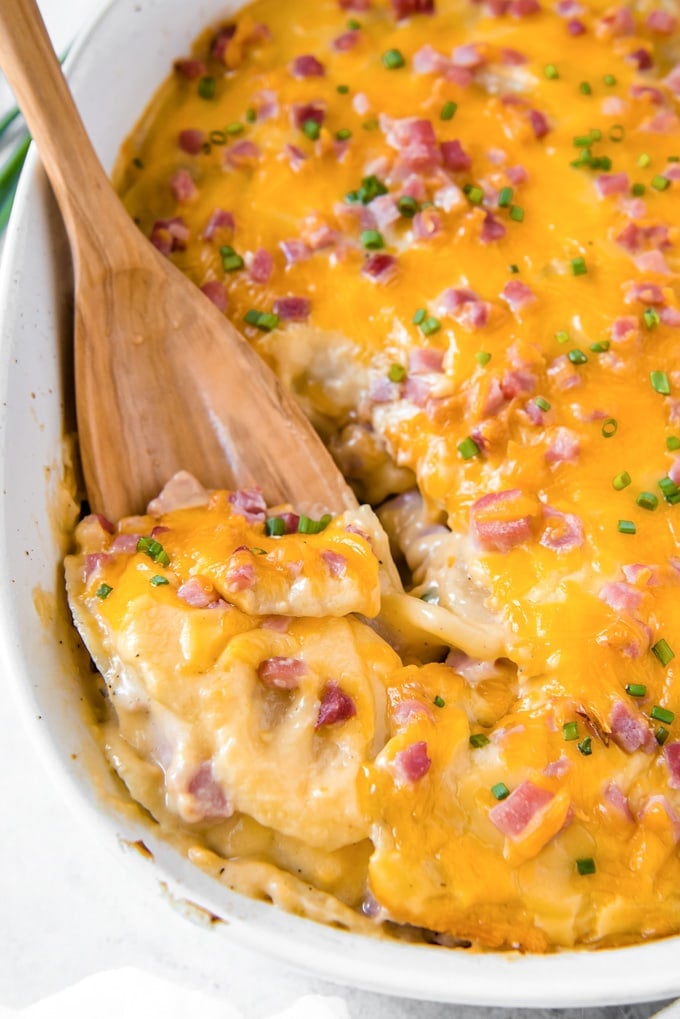 WHY DO YOU BOIL THE POTATOES FIRST?

The par-boiling of the potatoes ensures that the potatoes will be creamy and soft and cooked all the way through in under 30 minutes of baking time. Most casseroles that start with raw sliced potatoes always have comments stating that the potatoes are unevenly cooked. You won’t have that problem with my Grandma’s Cheesy Scalloped Potatoes and Ham!

WHAT TYPE OF POTATO IS BEST FOR SCALLOPED POTATOES?

Russet potatoes or Yukon Golds will work best for this recipe. Both will hold their shape well during and will be easy to slice.

CAN YOU FREEZE CHEESY SCALLOPED POTATOES?

You can! Cool the potatoes completely and place in an airtight container. You could also freeze them in the pan, then pop them out and wrap them in foil.

To reheat, thaw in the fridge overnight. Place into the baking dish and cover with foil to keep them from drying out. Bake as the recipe directs.

These potatoes will last several days in an airtight container in the fridge. You can reheat a large portion in the oven, or use a microwave for individual portions. 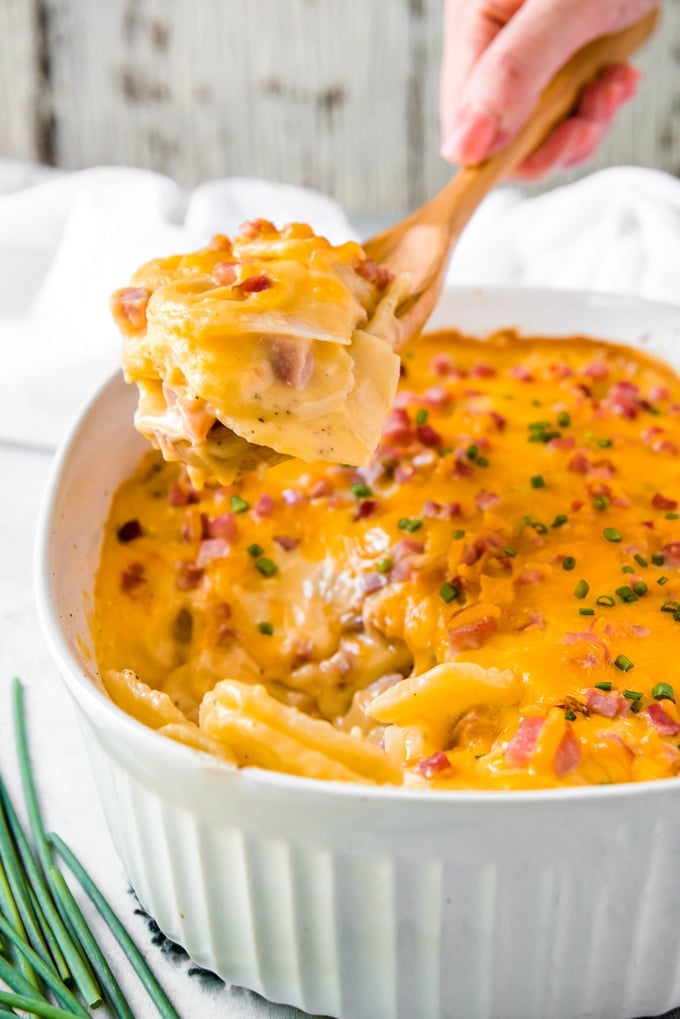 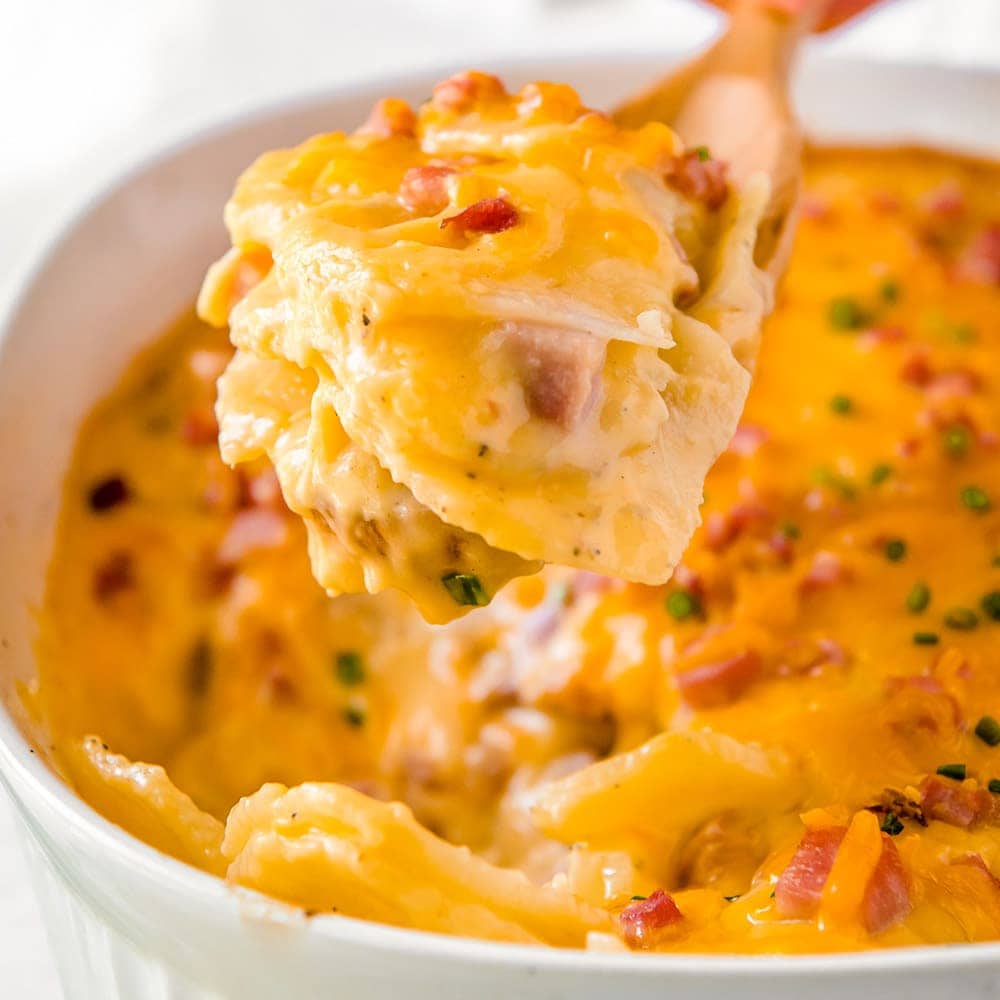 Nutritional information is based on 6 large main course servings. If you plan to serve as a side dish, you could easily get 8-10 servings.

Calories: 442kcalCarbohydrates: 36gProtein: 23gFat: 23gSaturated Fat: 13gCholesterol: 86mgSodium: 863mgPotassium: 783mgFiber: 2gSugar: 5gVitamin A: 805IUVitamin C: 8.6mgCalcium: 415mgIron: 2.1mg
Keyword scalloped potatoes and ham
Have you tried this recipe?
Let us know how it was by leaving a review or sharing on Instagram with the tag #yellowblissroad 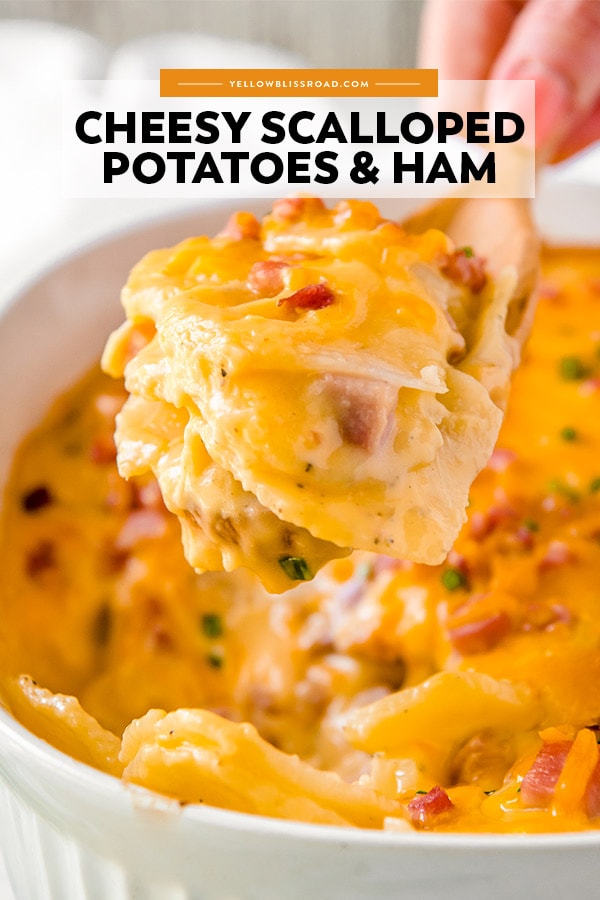 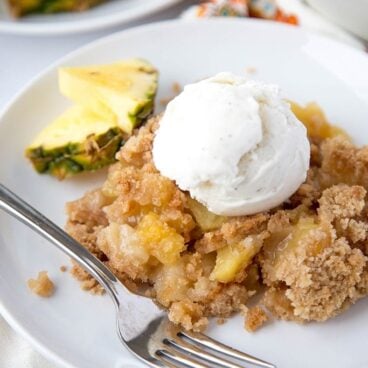 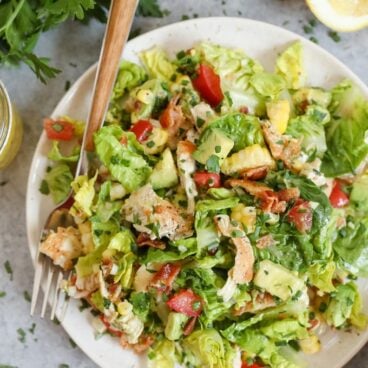 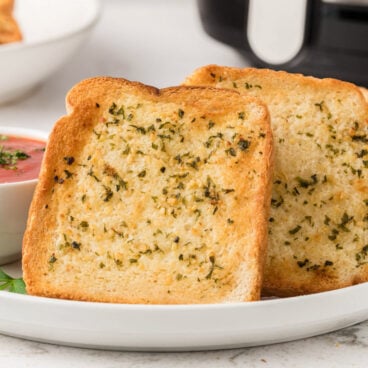 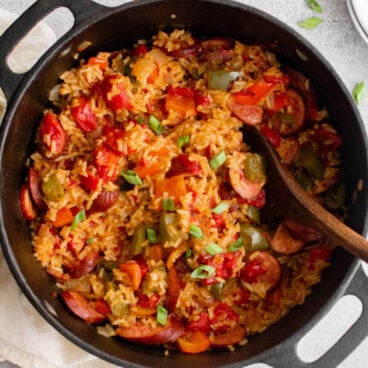