My Quick and Easy Chicken Pozole Rojo Soup is full of traditional flavors with a few shortcuts to save on cooking time. Full of tender chicken, hominy and a red chile broth and topped with crunchy cabbage, radishes and a squeeze of lime, this is a traditional Mexican recipe you’ll want be adding into your weeknight dinner rotation. 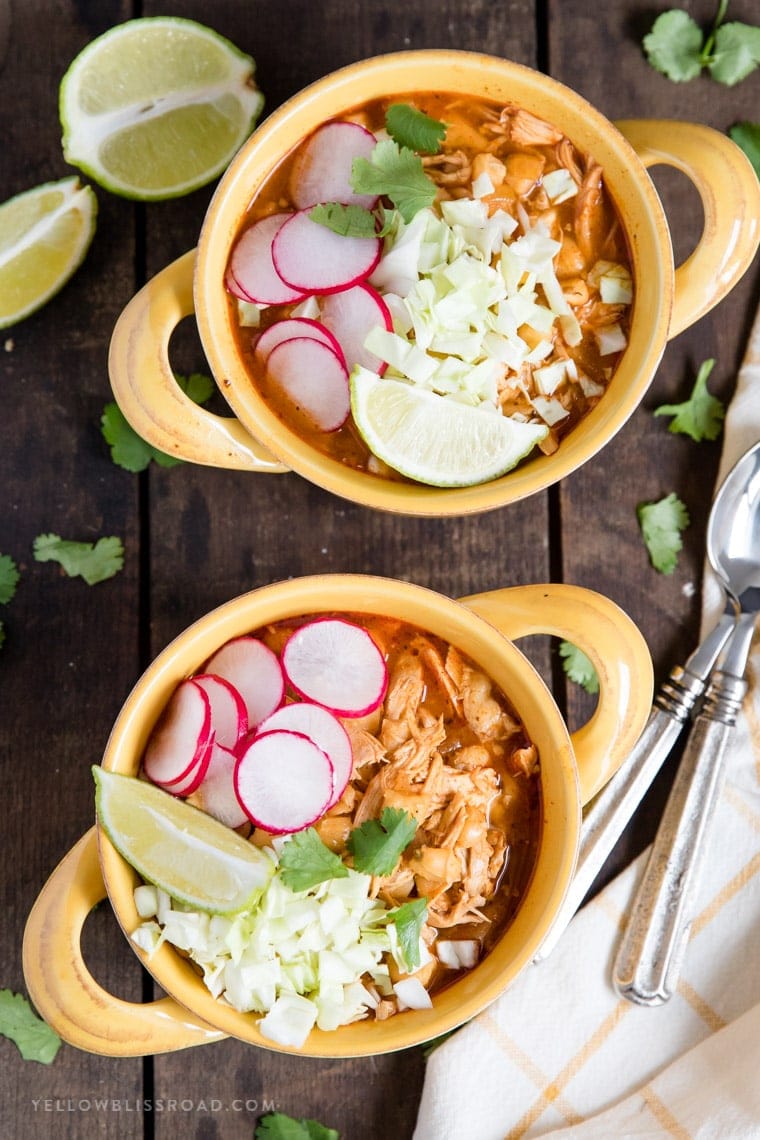 Pozole Soup is a staple dish in many Mexican families. It’s often made with pork, although there are a lot of chicken variations out there. This is the kind of soup that Mexican households will have simmering on the stove all day long, cooking the hominy and meat until it’s nice and tender.

Traditional Pozole is served at celebrations such as Christmas, New Year’s and Mexican Independence Day.

This is another of my cousin’s Mexican recipes that my entire family begs for. The only thing I do different is start with some onion cooking in a little olive oil. It’s super simple, and surprisingly under 200 calories a bowl!

For our shortcut version of pozole, we use a canned enchilada sauce along with lots onion and garlic and other seasonings. I’ll also use a whole rotisserie chicken from the grocery store deli. Again, we’re going for simple, quick and easy. If you want to cook the chicken on your own, try my slow cooker method or boil chicken in the broth you plan to use for your soup. 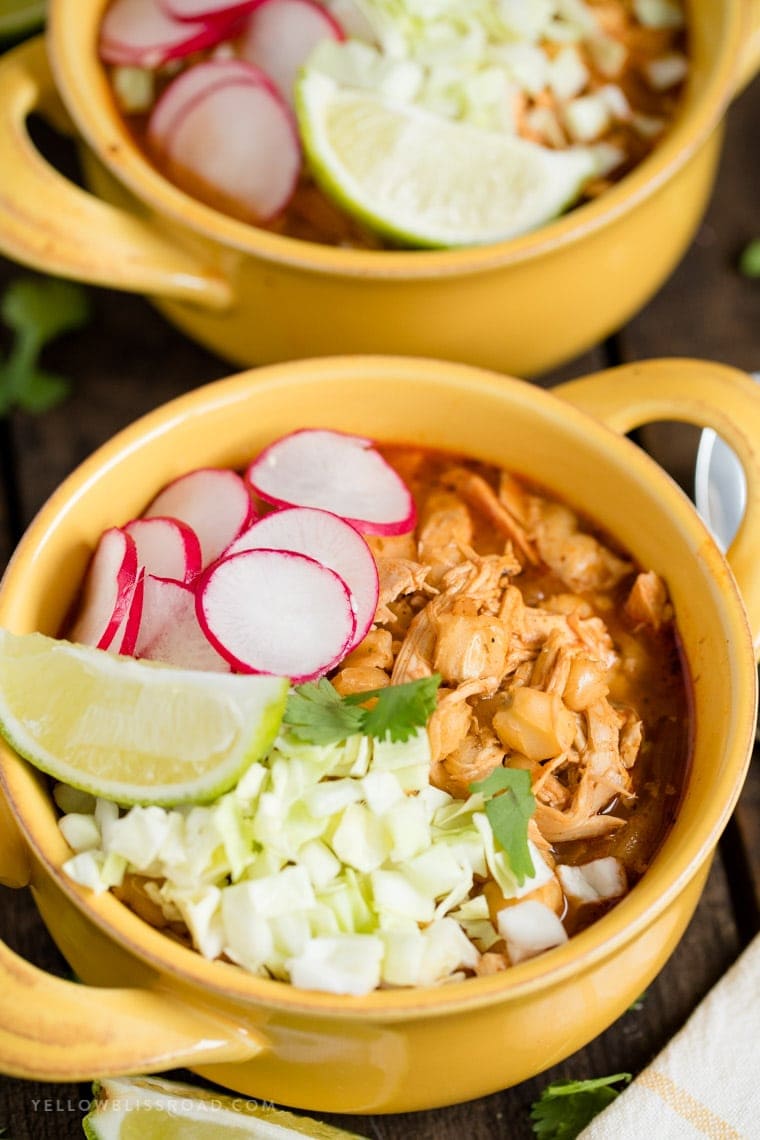 Our shortcut version of pozole uses a canned enchilada sauce to keep it simple and easy (and fast!).

How to Make Pozole

And that’s it! Yes, it does take some time, but while your soup is simmering on the stove you’ve got plenty of time to do some laundry, catch up on your favorite show or even take a nap. And when you’re ready, my Quick and Easy Chicken Pozole Rojo Soup will be waiting for you. 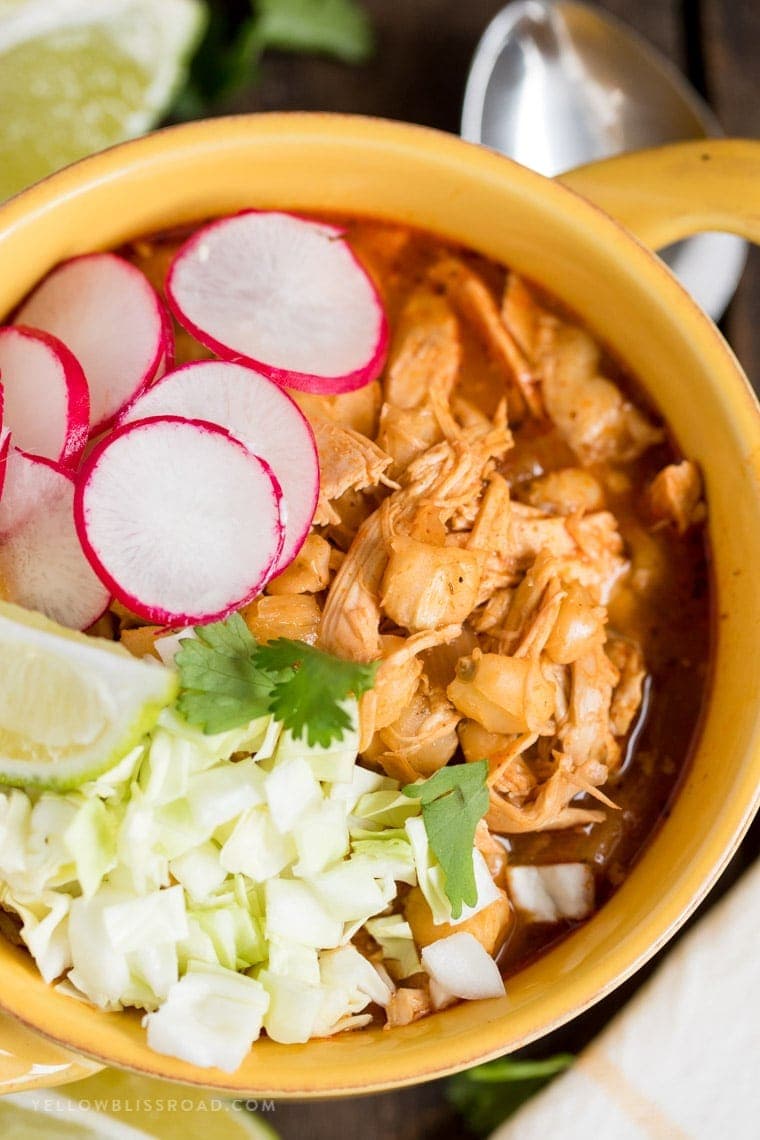 If you loved this Pozole recipe, you’ll crave these other traditional Mexican recipes: 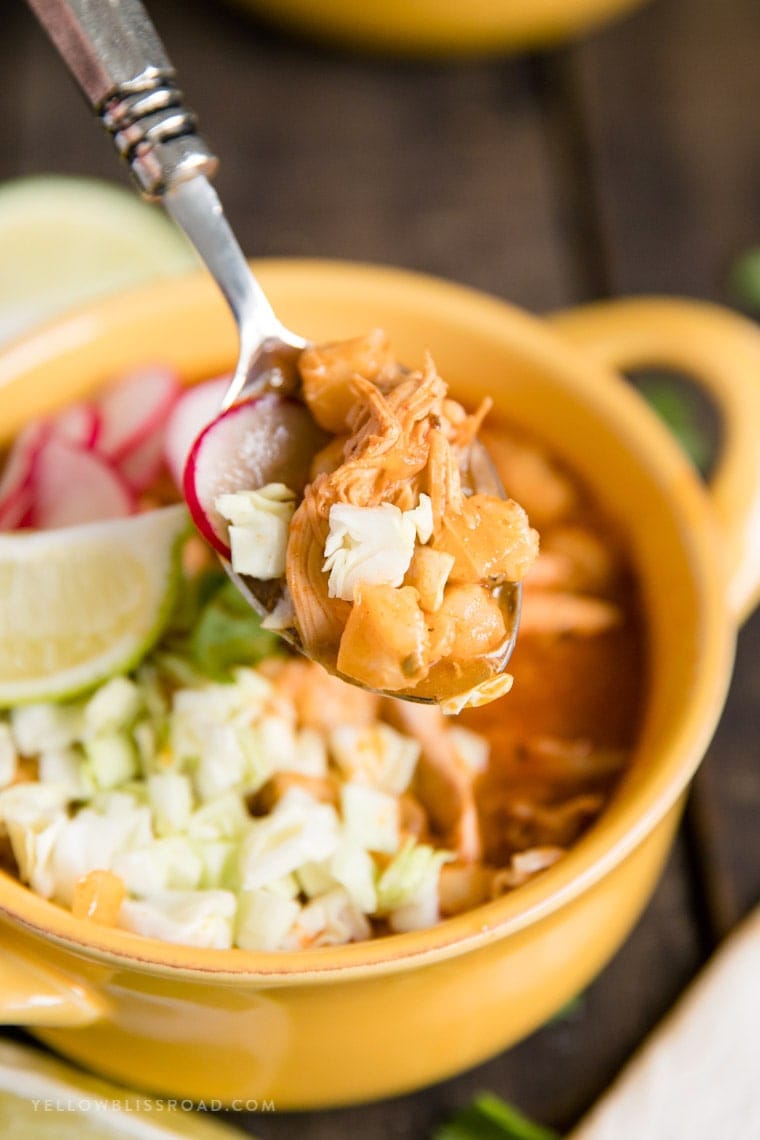 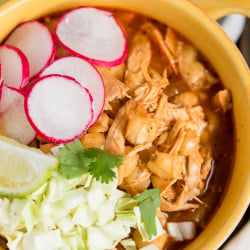 Kristin Maxwell
My Quick and Easy Chicken Pozole Soup is full of traditional flavors with a few shortcuts to save you time. Full of tender chicken, hominy and a red chile sauce and topped with crunchy cabbage, radishes and a squeeze of lime, this is a traditional Mexican recipe you'll want be adding into your weeknight dinner rotation.
5 from 2 votes
Print Recipe Pin Recipe
Servings 10 servings
Calories 193 kcal

Serving: 11/2 cupsCalories: 193kcal
Tried this recipe?Let us know how it was! 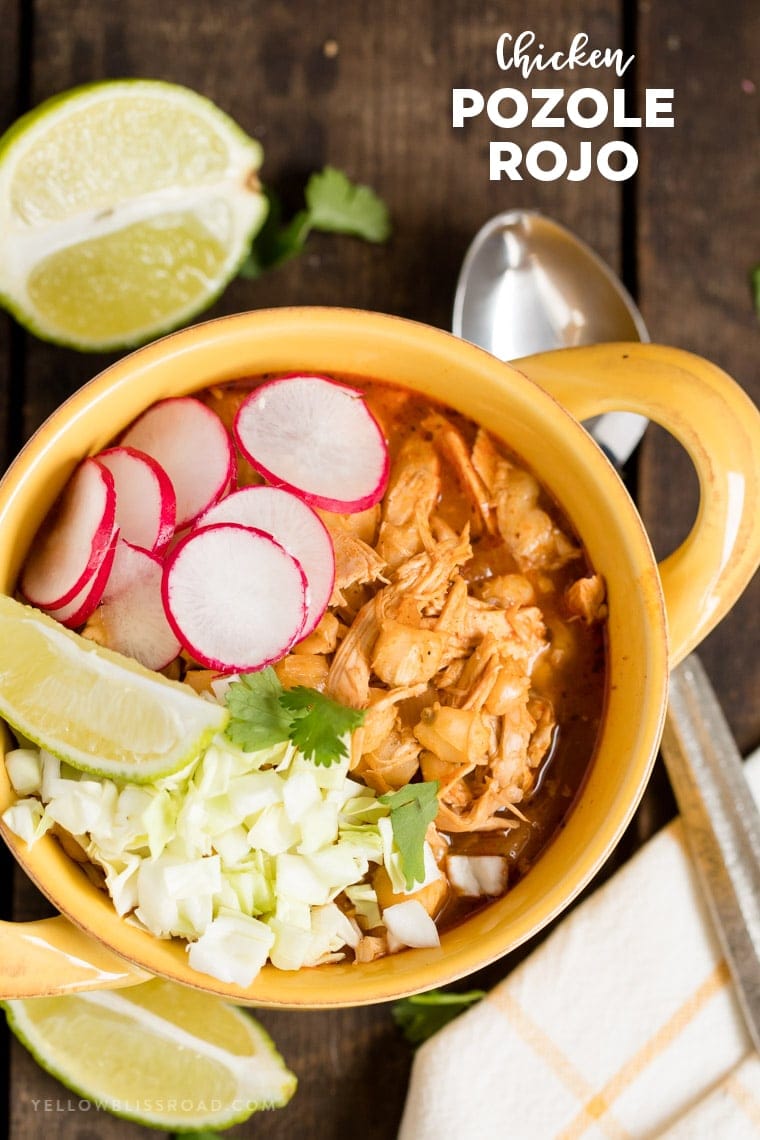