A Tuna Melt is a diner classic, with flavorful tuna fish salad, fresh sliced tomatoes, and melted cheddar cheese all served on toasted bread. With just the right amounts of crunchy, creamy, and tangy, this toasty tuna sandwich is literally melt-in-your-mouth delicious! 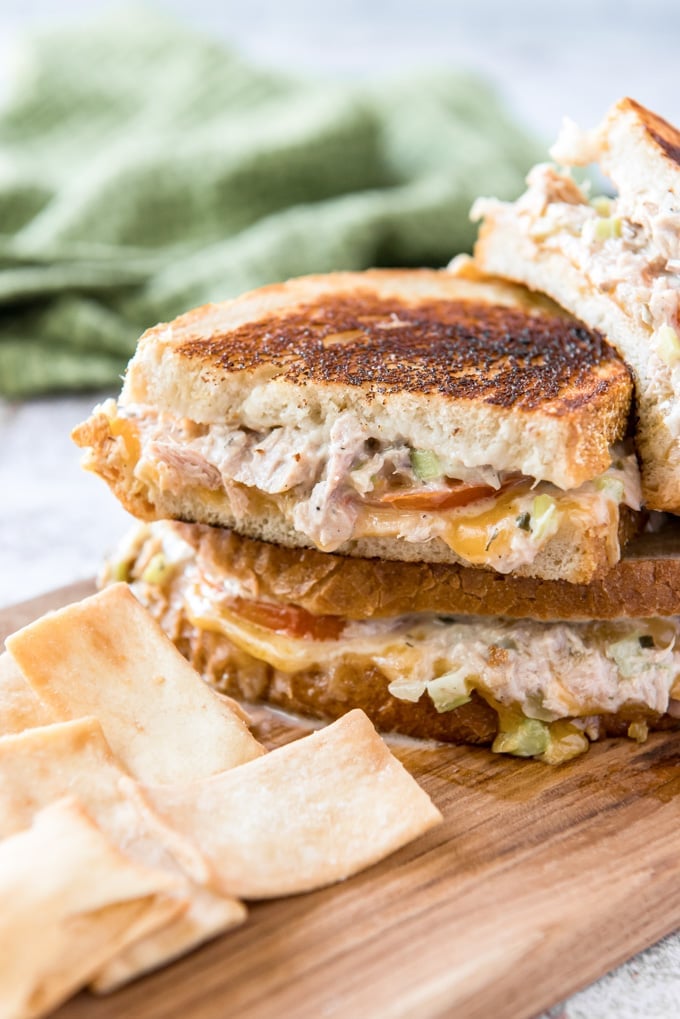 Sandwiches are a great way to get a filling meal without a lot of fuss. Try some of our other favorites, like Avocado Chicken Salad, Reuben Sandwich Sliders and Slow Cooker Chicken French Dips.

I’ve always been a huge fan of tuna salad. It’s a childhood favorite, and something my mom would make any time we had a picnic. We’d mix up the tuna fish with some mayo, pickle relish, and celery and spread it on soft wheat bread. Potato chips were of course the perfect accompaniment. I can still taste that first bite!

It wasn’t until I got a little older that I realized there is more than one way to make a tuna sandwich. I’ve made Tuna Salad Lettuce Wraps and lately I’ve become obsessed with the classic Tuna Melt.

What is a Tuna Melt?

A Tuna Melt is a classic sandwich often found on diner and cafe menus. It’s a mashup of a grilled cheese sandwich and tuna salad that was accidentally created in the 1960s when some tuna salad spilled onto a grilled cheese being prepped on the grill of a lunch counter at Woolworth’s.

The creamy tuna salad with mayo, pickle relish, celery, lemon juice, and herbs and it’s layered with slices of fresh tomato and cheddar cheese. The sandwich can be baked and served open-faced or grilled in a skillet on the stove, like a grilled cheese.

Mayo Versus Butter for Grilled Sandwiches

Using mayo instead of butter on the bread is a chef’s trick we use for a few reasons:

Mayo doesn’t add the same flavor as butter, so you are welcome to swap it for butter on your tuna melt if you wish. Just be sure to watch closely and adjust the heat so it doesn’t burn. 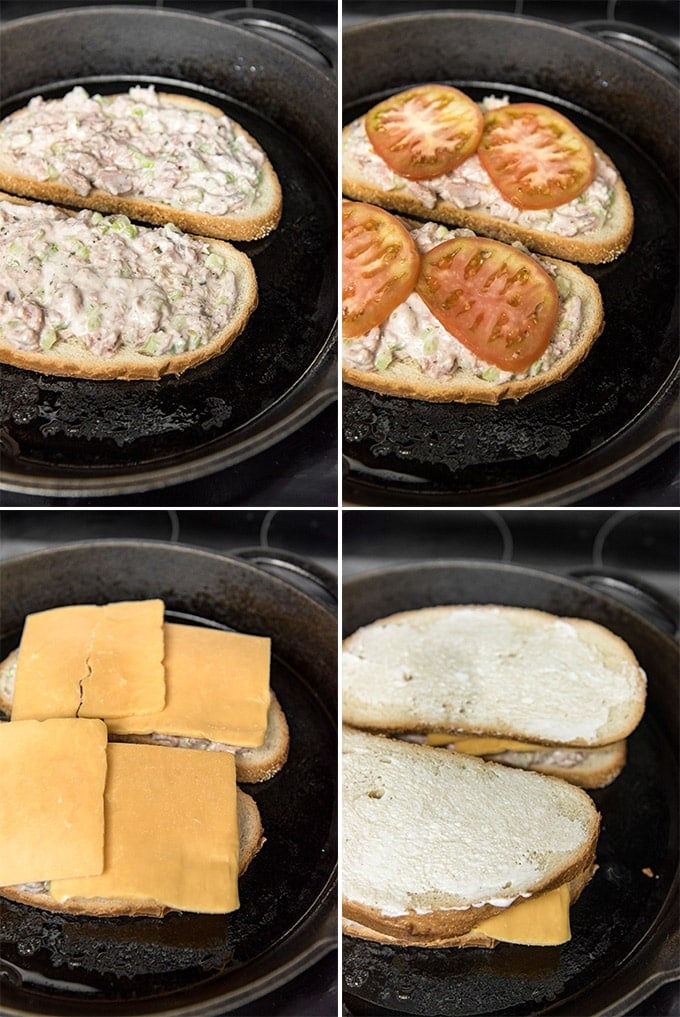 How to Make a Tuna Melt Sandwich

How to Bake a Tuna Melt in the Oven

If you don’t want to grill your sandwich in a skillet, you can bake it in the oven. Cover a baking sheet with parchment paper and assemble your sandwiches on it. Bake in a 400 degree oven for about 8 minutes, or until bread is golden and cheese is melted.

A classic sandwich deserves a classic side. Serve your tuna melts with some potato chips and a dill pickle slice and don’t forget some cute sandwich picks to hold your melts together! If you want to get a little fancier with your sides, try our classic Macaroni Salad or Baked French Fries. 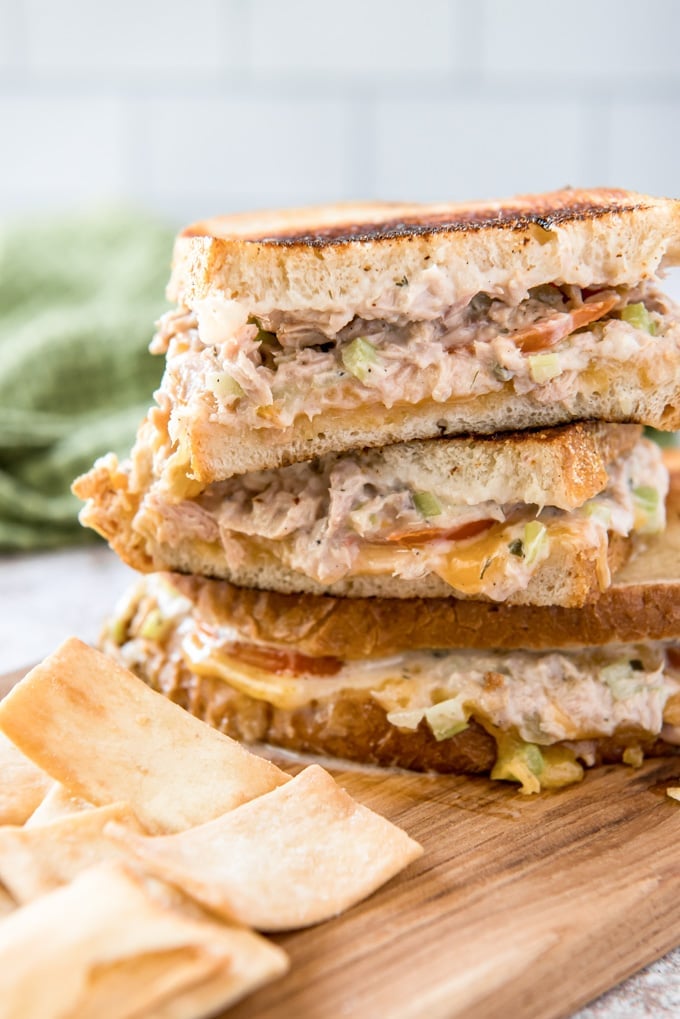 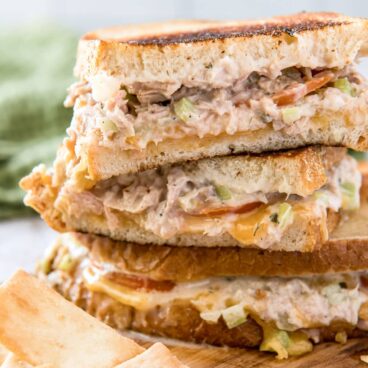 Calories: 805kcalCarbohydrates: 71gProtein: 39gFat: 41gSaturated Fat: 13gCholesterol: 84mgSodium: 1390mgPotassium: 460mgFiber: 4gSugar: 6gVitamin A: 1337IUVitamin C: 13mgCalcium: 374mgIron: 6mg
Have you tried this recipe?
Let us know how it was by leaving a review or sharing on Instagram with the tag #yellowblissroad 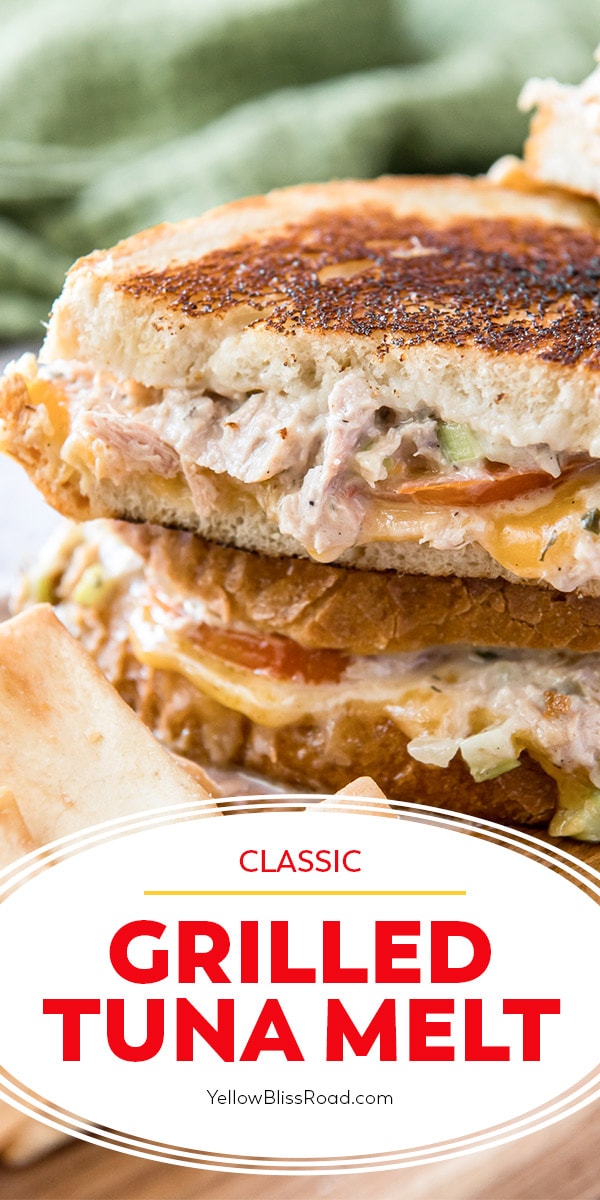 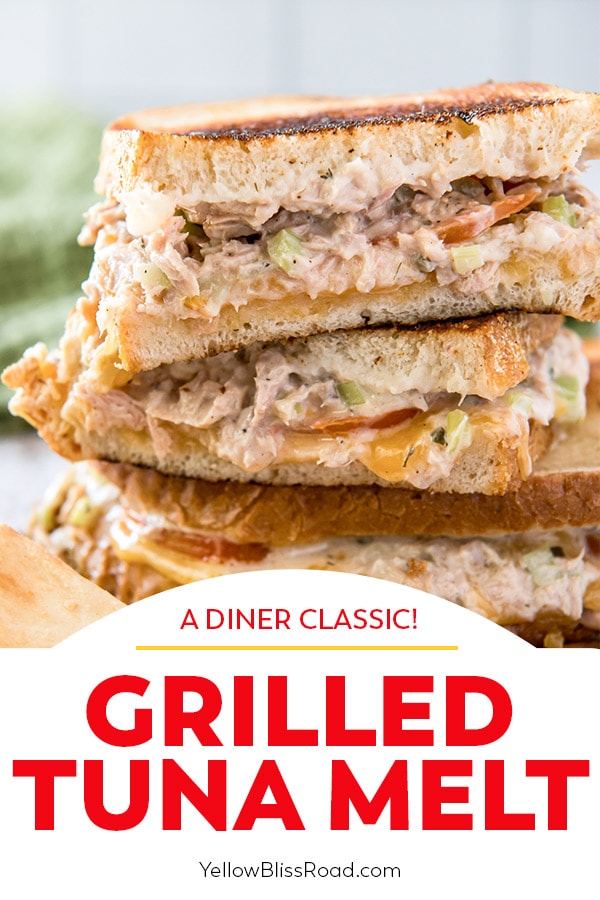 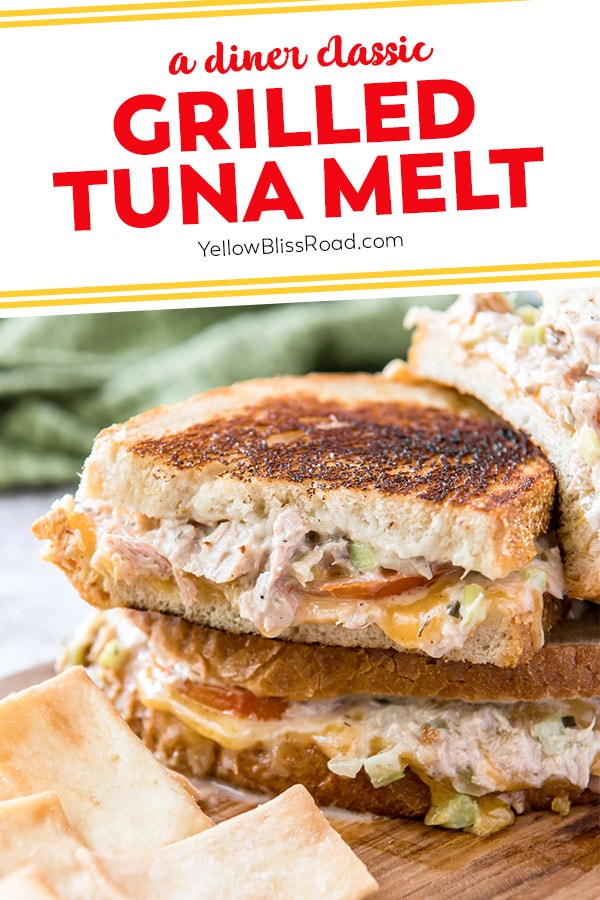 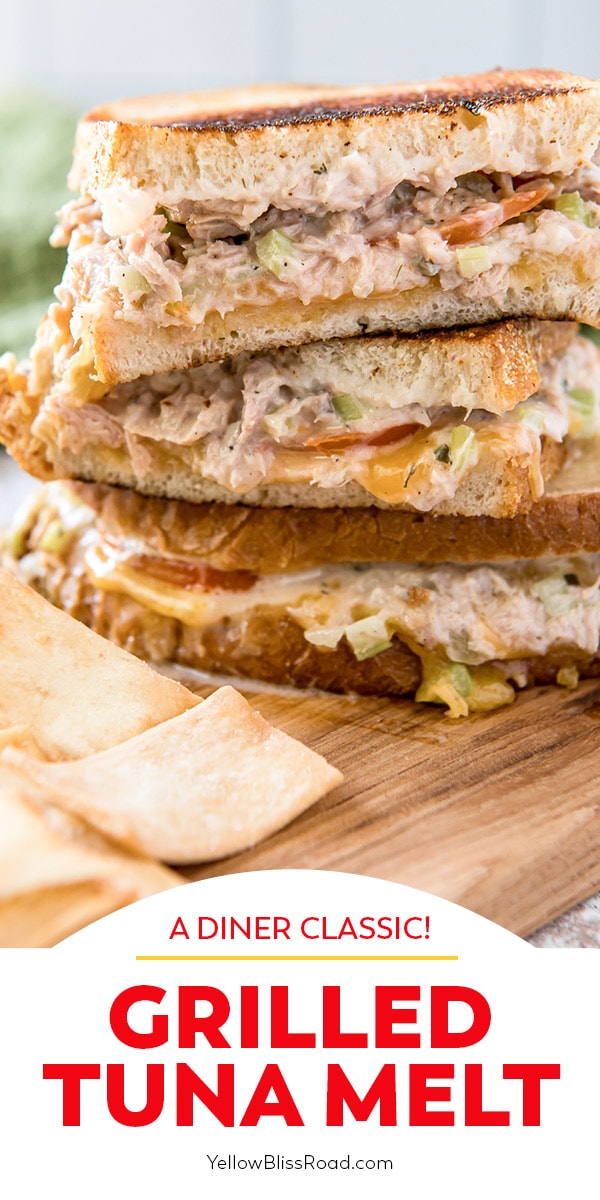